Apple today released a new 13.2.1 software update for the HomePod, which comes a few days after the 13.2 update. Shortly after Apple's 13.2 HomePod software was released, complaints of bricked devices surfaced.

Multiple users complained that the update rendered their HomePods nonfunctional, locking it into a boot loop, especially after resetting the device or removing it from the Home setup after installing the update. 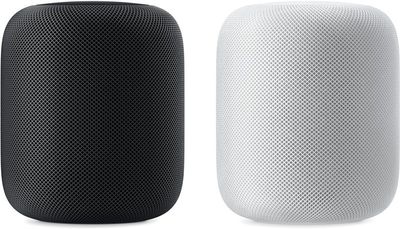 Apple pulled the 13.2 software after a few hours, and warned customers against resetting their HomePods or removing them from the Home app.

The new 13.2.1 version of the software presumably does not feature the same bricking issue, and its release notes are the same as the 13.2 update:

- The ability for ‌HomePod‌ to recognize the voices of different family members to provide a personalized experience
- Handoff music, podcasts, or phone calls by bringing your iPhone close to ‌HomePod‌
- Add music to your ‌HomeKit‌ scenes
- Play relaxing high-quality soundtracks with Ambient Sounds
- Set sleep timers to fall asleep to music or Ambient Sounds

The new ‌HomePod‌ software will be installed automatically on the ‌HomePod‌, but you can also manually update and check your software version by following the instructions in our HomePod software how to.

Customers who did install the 13.2 update and ended up with a bricked HomePod will need to contact Apple for a replacement unit.

nt5672
Notice how there was no mention in the release notes of the real reason for the release. This sums up Apple in more ways than one.
Score: 21 Votes (Like | Disagree)

BF1M
After updating, mine is now shaking and jumping like the toaster in Ghostbusters II. Be careful.
Score: 19 Votes (Like | Disagree)

All 10 HomePods they sold.

I have 3, someone mentioned 9. Go back to your Android forum.
Score: 10 Votes (Like | Disagree)

sw1tcher
Who's going to be the guinea pig?
Score: 10 Votes (Like | Disagree)