An appeals court in London has reinstated a lawsuit filed against Google that accuses the company of unlawfully gathering personal information by circumventing the iPhone's default privacy settings, according to Bloomberg. 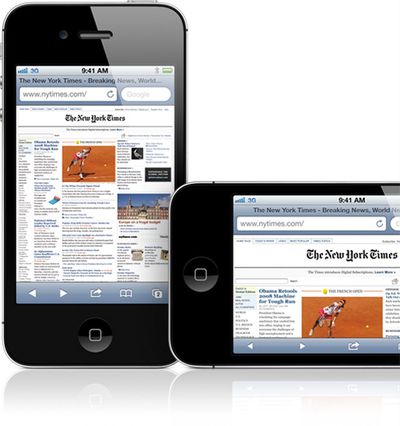 The collective action, equivalent to a class action lawsuit in the United States, alleged that Google illegally tracked and gathered the personal data of over four million ‌iPhone‌ users in the U.K. between 2011 and 2012. The case was first brought in November 2017 and had been dismissed in October 2018.

"This case, quite properly if the allegations are proved, seeks to call Google to account for its allegedly wholesale and deliberate misuse of personal data without consent, undertaken with a view to a commercial profit," wrote Judge Geoffrey Vos in a ruling today, per the report.

A similar lawsuit was filed in the United States in 2012, when Google was discovered to be circumventing privacy protections in Safari on iOS in order to track users through ads on numerous popular websites.

Specifically, Google took advantage of a Safari loophole that made the browser think that the user was interacting with a given ad, thus allowing a tracking cookie to be installed. With that cookie installed, it became easy for Google to add additional cookies and to track users across the web.

At the time, Safari blocked several types of tracking, but made an exception for websites where a person interacted in some way — by filling out a form, for example. Google added code to some of its ads that made Safari think that a person was submitting an invisible form to Google, thus creating a temporary cookie.

Google stopped this practice after it was reported by The Wall Street Journal, and refuted many details of the report, while Apple closed the loophole in a Safari update shortly after. Google also paid a then-record $22.5 million fine to the Federal Trade Commission over its practices back in 2012.

"Protecting the privacy and security of our users has always been our No. 1 priority," a Google spokeswoman told Bloomberg. "This case relates to events that took place nearly a decade ago and that we addressed at the time."

realtuner
I love how Google claimed this was an "accident".

As if code gets "accidentally" written to take advantage of an exploit. I also like how Google failed to report this to Apple when they discovered it.
Score: 15 Votes (Like | Disagree)

lederermc
$22M is chicken feed to Google. The fine should have been $1B (~10% of profits) to ensure they don't try this kind of circumvention again.
Score: 7 Votes (Like | Disagree)

eicca
The amount of times Google has shown me suggestions for things that have come up in conversations with friends, that I've NEVER ONCE typed into any search bar, is astounding.

I've never searched for ANY of these and never seen any recommendations of the sort until I spoke those words aloud.
Score: 5 Votes (Like | Disagree)

Mosey Potter
While facebook gets all the well deserved press about their unwavering devotion to greed, Google is actually worse.
Score: 3 Votes (Like | Disagree)

It sounds like they are suing Google for Apple bug.

This has been explained to you before, so why do you insist on repeating a lie?

Google wrote code to take advantage of an exploit in Safari. They are no different than scammers/hackers exploiting flaws for their own benefit.

They should have reported the issue to Apple so it could be fixed. You know, like they are more than happy to when Project Zero finds an exploit and they can pat themselves on the back in public for finding it.

Edited: Even the article (if you read it) says so.

“Google added code to some of its ads that made Safari think that a person was submitting an invisible form to Google, thus creating a temporary cookie.”
Score: 3 Votes (Like | Disagree)

So... where do those of us in the UK sign up to get compensation from Google?

Don’t worry. The UK government will carefully reinvest the millions of pounds in fines into surveilling the public.
Score: 2 Votes (Like | Disagree)
Read All Comments