Update: In a statement, AVID has indicated that the root cause for the reboot issue is unrelated to its creative tools. Google has since confirmed that a Chrome update "may have shipped with a bug that damages the file system on macOS machines" and has provided instructions for affected users. 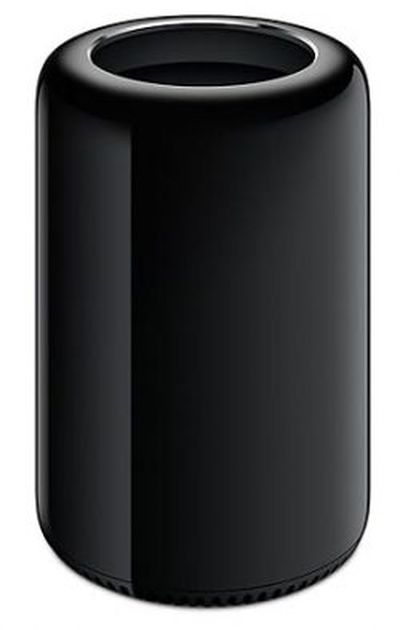 According to social media chatter, Hollywood Film and TV editors discovered late on Monday that "trashcan" Mac Pros running older versions of macOS and AVID's Media Composer software were refusing to reboot after shutting down.

The root cause of the issue remains unknown, but online speculation is surfacing a few possibilities, including a virus specifically targeting post-production Macs in the Hollywood area.

Others have suggested an issue with AVID's iLok activation dongle, or perhaps a conflict with the software and a recent system update – possibly related to Apple's Safari browser – that is corrupting data.

Affected users are being advised to try booting in single-user mode and disabling Wi-Fi so that they can back up, while non-affected AVID users have been told not to shut down their Macs so they can also deactivate Wi-Fi and any other networks until a solution is found.

From what I gather there’s a massive failure of Macs with iLok/Avid that’s happening all over right now. A lot of L.A. post shops and people out on shows having their Macs slowly crash and wont boot again. Engineers are looking in to it. Don’t shut your machine off. #postchat — Matt Penn (@mattpenndotcom) September 24, 2019

BIG ALERT tonight regarding #Apple, and #MacOS running on the can. DO NOT SHUT DOWN!! #AvidEditors #Avid Apparently something is corrupting one of the UNIX root level folders. Back up everything, not just on the servers is you are in a connected environment. Refer to below FB pg pic.twitter.com/iLlfHVRfmp — MarcusPun (@MarcusPun) September 24, 2019

Several companies are said to have been affected by the issue. Neither AVID nor Apple have responded to requests for comment. This is a developing story that will be updated as soon as we learn more.
Related Roundup: Mac Pro
Tag: Avid
Buyer's Guide: Mac Pro (Don't Buy)
Related Forum: Mac Pro
74 comments

superiska123
If they aren't running the latest software like it says in the article, I don't really see how this is Apple's fault...
Score: 11 Votes (Like | Disagree)

If you’re working with avid products it’s quite normal not to have the latest macOS. It took avid more then six month until ProTools officially supported Mojave.

And not just Avid. Our support company always kept us a version or two behind in MacOS to keep our systems stable. The only time I'm running the current version is when I buy a new machine.
Score: 11 Votes (Like | Disagree)

If they aren't running the latest software like it says in the article, I don't really see how this is Apple's fault...

If you’re working with avid products it’s quite normal not to have the latest macOS. It took avid more then six month until ProTools officially supported Mojave.
Score: 10 Votes (Like | Disagree)

If they aren't running the latest software like it says in the article, I don't really see how this is Apple's fault...

Never worked with Avid products I see. They’re notorious for not supporting the latest OS. Plus they’re ubiquitous in the industry so you don’t have much choice but hold off on updating.
Score: 9 Votes (Like | Disagree)

chrfr
Google has identified the source of this problem being an issue with the Chrome autoupdater (called Keystone.) It actually had nothing at all to do with Avid. There was a new version of Keystone which deleted the /var symbolic link, which only worked on systems which did not have SIP enabled.
https://bugs.chromium.org/p/chromium/issues/detail?id=1007358#c5
Score: 8 Votes (Like | Disagree)

That makes sense, but if it is a software bug that only affects machines running an older version of macOS, it would mean they are running an unsupported macOS version. Therefore, it's only the users' fault, in my opinion, if AVID did update their software (even if it was after a while) and so did Apple.

Possibly, though there’s also the mentality of “if it ain’t broke, don’t fix it”. Frequently they won’t update the OS because it isn’t just a case of waiting for one piece of software to be supported. There’s a whole host of external hardware in these studios that can be screwed up with driver support.

The Snow Leopard>Lion was notorious for this. Whilst 10.7 was utter rubbish, a lot of people got burned and are much more cautious when updating to a whole new OS as a result. Normally they’d wait for the .1 or .2 update before jumping ship so that the groundbreaking niggles will be fixed.

Remember these aren’t consumers. Any downtime from an update that goes wrong or messes up some weird combination of software & hardware (which can happen) is too expensive to risk.

Regardless we don’t yet know the cause of the problem. Could be an Apple issue for all we know.
Score: 8 Votes (Like | Disagree)
Read All Comments