Apple this week is set to challenge the European Commission's order to repay 13 billion euros in Irish back taxes, according to Reuters. 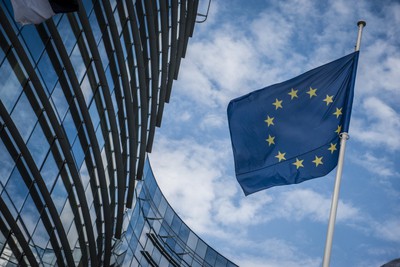 The report claims Apple is expected to send a six-person delegation led by its CFO Luca Maestri to a two-day court hearing in Luxembourg on Tuesday and Wednesday. Apple will likely argue many of the same points that Apple CEO Tim Cook penned in a public letter about the tax ruling three years ago.

In a nutshell, Apple believes it follows the law and pays all the taxes it owes in every country where it operates, including Ireland. Apple has also said nearly all of its research and development takes place in the United States, so that is where the company should and does pay the majority of its taxes.

An excerpt from Cook's letter:

The Commission's move is unprecedented and it has serious, wide-reaching implications. It is effectively proposing to replace Irish tax laws with a view of what the Commission thinks the law should have been. This would strike a devastating blow to the sovereignty of EU member states over their own tax matters, and to the principle of certainty of law in Europe.

Ireland is also appealing the ruling, but Apple has finished paying back the 13 billion euros in the meantime, with the funds stored in an escrow account. If the order is overturned, the money would be returned to Apple.

In 2016, following a three-year investigation, the European Commission found Apple received illegal state aid from Ireland. Apple allegedly paid between 0.005 percent and one percent in taxes in Ireland between 2003 and 2014, compared to the the country's headline 12.5 percent corporate tax rate at the time.

Sathinator1
Apple should pay its fair share of tax in any part of the world that it operates. These tax minimization schemes are a disgrace.
Score: 30 Votes (Like | Disagree)

Nuno Lopes
As an European I totally agree with Apple assessment. One of the ways small European countries have to compete and attract mass scale businesses such as the ones of Apple, against big countries like Germany and France is by negotiating better tax conditions.

Considering the small dimensions and population of these countries versus the massive scale of these companies businesses they can at a lower tax, supply financially their needs lawfully.

Of course the German, the French and the soon to leave the British, don’t like this. Their view is anti competitive. They want to have the advantages of being geographically big and large populations as well as tax advantages. They have cooked the European competition laws to their advantage but the issue of sovereignty has kept them from touching local / country tax laws. If they see this through they will be able to do whatever with local tax laws, and cook them to their advantage.

This is as ridiculous as small countries advocating that it’s unfair for them to be geographically small or not as well positioned in the flux of businesses in the map.

Mind you that all the loans given to smaller countries at better rates were for their development in exchange of commercial and production quotas towards the larger countries with plenty of agricultural fields and industrial capacity. So the lunch was not at all free. The all thing culminated with the Greek incident with the German suggestion for them to sell Islands in order to pay their dept.

tabilo
As a European I disagree with Apple on this. The European idea can only work if there is a fair competition. Countries like Ireland, Luxembourg and partly UK and the Netherlands are using loopholes to attract international cooperations to avoid taxes, which the rest of the EU has to pay for.
Score: 16 Votes (Like | Disagree)

apolloa
Good luck Apple, you’ve got absolutely no hope of winning but good luck all the same.
Personally I think you should pay your taxes like everyone else and stop milking it of society but that’s just me.
Score: 10 Votes (Like | Disagree)

Apple should pay its fair share of tax in any part of the world that it operates. These tax minimization schemes are a disgrace.

So you don’t take any tax deductions that you are entitled to because it would be a “disgrace”?

lkrupp
Why bother, Apple. This is a done deal. You think you can talk the EU out of $15B? They’re drooling over the prospect of getting their hands on that cash.
Score: 9 Votes (Like | Disagree)
Read All Comments