iPhone 11, iPhone 11 Pro, and iPhone 11 Pro Max models are equipped with a "U1" ultra wideband chip for "spatial awareness," according to tech specs on Apple's website, which should result in more accurate indoor positioning and pave the way for the future launch of Apple's rumored Tile-like item tracking tags. 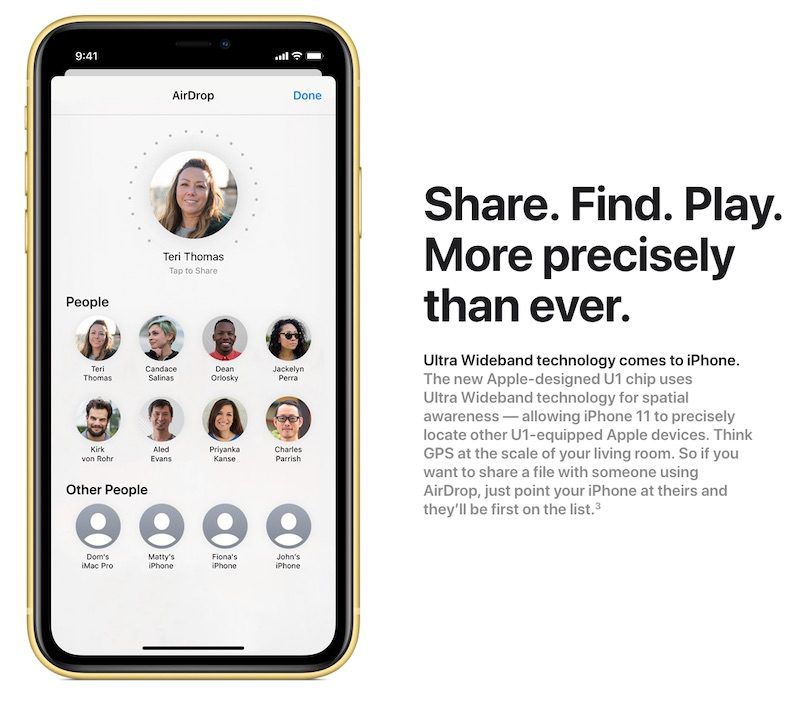 The new Apple‑designed U1 chip uses Ultra Wideband technology for spatial awareness — allowing ‌iPhone 11 Pro‌ to precisely locate other U1‑equipped Apple devices. It's like adding another sense to iPhone, and it's going to lead to amazing new capabilities.

With U1 and iOS 13, you can point your ‌iPhone‌ toward someone else's, and AirDrop will prioritize that device so you can share files faster. And that's just the beginning.

Apple's tags will also feature ultra wideband tech, according to analyst Ming-Chi Kuo. The distance between two UWB devices can be measured precisely by calculating the time that it takes for a radio wave to pass between the two devices, with much more accuracy than Bluetooth LE and Wi-Fi. 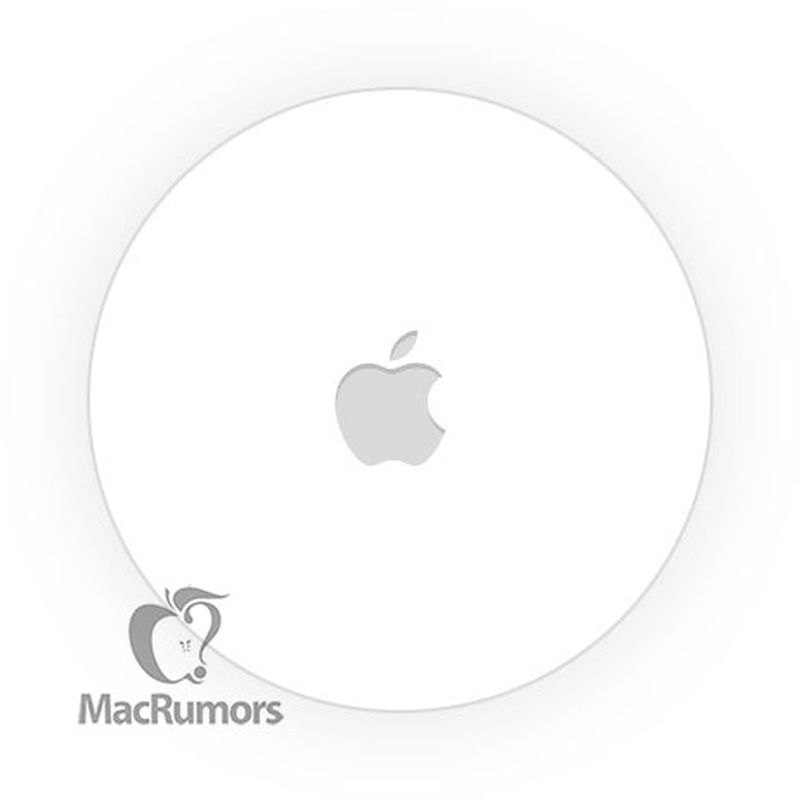 While the Apple Tags were not announced at Apple's event today, no reliable sources ever provided a timeframe for their release. There is plenty of evidence of the tags in internal ‌iOS 13‌ code, but perhaps Apple is waiting until iOS 13.1 is released on September 30 or for a potential October event to unveil them.

mozumder
The October iPad Pro event will be the "by innovation only" event if they release all this.
Rating: 3 Votes

And the event has come and gone and no mention of the Apple tracking "tile" things. So...October? Or is this a AirPower moment?

By definition it can't be an AirPower moment. Analysts made the claims, not Apple.

I expect the October event is where these will be announced anyway.
Rating: 2 Votes

Thanks for acknowledging that Macrumors is not a reliable source. Should we hop into the wayback machine to review all of the myriad of things you got wrong today?


Did macrumors announce a date that they would !be announced?
Rating: 1 Votes
[ Read All Comments ]