Apple plans to launch a new-generation "iPhone SE" in the form of a low-cost 4.7-inch iPhone this coming spring, sources in Asia have claimed. 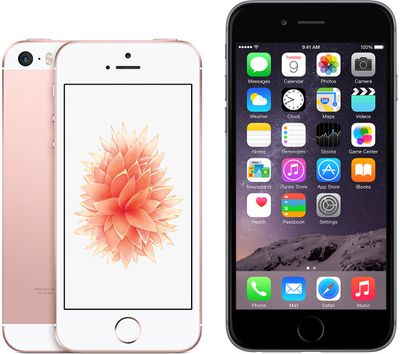 Nikkei reports that the new model will be Apple's first low-cost smartphone since the 2016 launch of the popular ‌iPhone SE‌, which started at $399, and while the name and price of the new model hasn't been decided, "it is viewed as the latest generation of the ‌iPhone SE‌," according to the paper's sources.

The size of the new model will be similar to the 4.7-inch iPhone 8 that was introduced in 2017, three sources said. The model will share most of the same components with the flagship iPhones this year, and it will feature the lower-cost liquid crystal display that will help Apple achieve the lower starting price-tag, although the final pricing for the model is not yet settled, the people said.

Rumors of a new low-cost 4.7-inch ‌iPhone‌ modeled on the ‌iPhone‌ 8 first appeared in April via Economic Daily News. EDN's sources also claimed the device coming in early 2020 will include an LCD display. In addition, they also claimed it will feature a new PCB design to house Apple's A13 processor, a single-lens rear camera, and 128GB of base storage.

It's not clear if the rumored 4.7-inch ‌iPhone‌ would inherit the notched design and Face ID features of Apple's flagship smartphones, but Nikkei's references to 2017's ‌iPhone‌ 8 suggest it could retain the bordered screen and Touch ID-equipped Home button of that device to keep costs down.

Apple's ‌iPhone‌ XS, XS Max, and XR devices dominate its marketing, but the company continues to offer the ‌iPhone‌ 8 and ‌iPhone‌ 8 Plus (starting at $599) as lower cost options alongside the even cheaper ‌iPhone‌ 7 series (starting at $449).

Apple could end sales of the ‌iPhone‌ 7 when its new flagship models launch later this month, which would leave a space in its line-up for a new device that could boost its share of the mid-tier smartphone market. But apart from being new and coming in at a lower price, we'll have to wait and see if comparisons can be legitimately drawn with the much-loved 4-inch ‌iPhone SE‌ of yesteryear.

Ramashalanka
Too big. I'll hang on to my SE until they bring out something as small or smaller.
Score: 74 Votes (Like | Disagree)

meaning-matters
iPhone 8 is too big and I'd prefer that last Jobs' era design.
Score: 69 Votes (Like | Disagree)

How difficult is it to simply make an SE with an edge-to-edge screen?

Apple’s entire phone lineup needs to be updated and all bezel-free.
Score: 64 Votes (Like | Disagree)

Too big. I'll hang on to my SE until they bring out something as small or smaller.

Wiencon
I guess there is no point in complaining about the size anymore, another 4in iPhone will not happen anytime soon. This 4.7 SE2 could be great as entry-level iOS device but I personally never cared about the price of original SE, the form factor was so good I would be happy to pay twice as much for it as I did at launch
Score: 36 Votes (Like | Disagree)

GuruZac
It’s too bad Apple can’t bring an X style derivative in the smaller iPhone 8 form factor and still come in at a lower cost. Offer it as a smaller XR derivative featuring single lens, LCD to keep costs down. This would bring consistency to iPhone design. Call it the iPhone XE or something.
Score: 22 Votes (Like | Disagree)
Read All Comments