Apple appears to have ended U.S. online sales of its 'Designed By Apple in California' book, which chronicles 20 years of Apple product designs through 450 photographs. 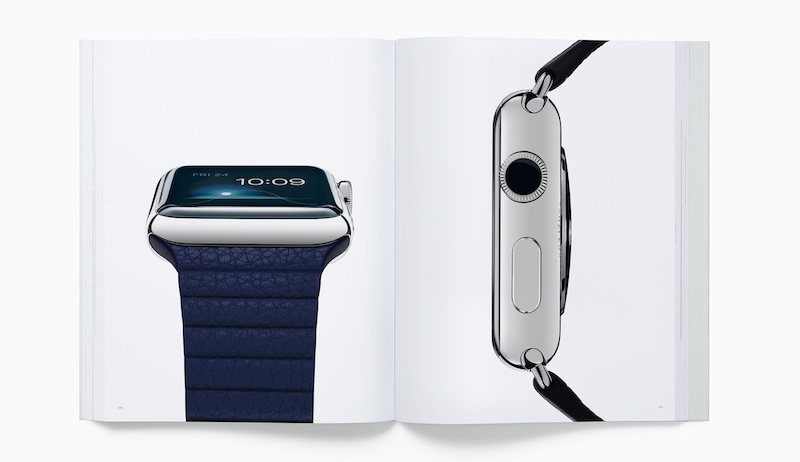 A minisite dedicated to the book is still live on Apple's servers, but links to buy the book from Apple's online U.S. store have become dead ends. A search for the book on the online store and the Apple Store app also return no results.

Stocks of the hardback book have been fluctuating since around June, suggesting Apple has been reducing print numbers for some weeks. In some other countries, the book is still available through Apple's regional online stores, but stock still appears to be dwindling.

Released in 2016 in two sizes priced at $199 and $299, the publication covers product designs from the iMac in 1998 to the Apple Pencil in 2015, and "also documents the materials and techniques used by Apple’s design team over two decades of innovation." It is dedicated in the memory of former Apple CEO Steve Jobs.

A video starring Jony Ive accompanies the book on Apple's minisite. If that gets removed, the video should still be available on YouTube.

joeob
I do feel very lucky to have it. The smaller size. It is a ridiculous, but beautiful thing
Rating: 11 Votes

dannys1
I kinda wish I had this on my bookshelf to be honest.
Rating: 10 Votes

waquzy
That means soon we will start seeing them on eBay fetching for £1000
Rating: 7 Votes

I bought 2 of these, one is still sealed in the UPS box that it came in!

I’ll auction it on eBay in a couple years...
Rating: 5 Votes

End of a $300 worth of social experiment.

JohnApples
Refresh must be imminent. I can see a “Designed by Apple in California book S” releasing soon with water resistance, higher contrast/color, and being thinner and lighter.
Rating: 5 Votes

You can get a large audience together for a strip-tease act-that is, to watch a girl undress on the stage. Now suppose you came to a country where you could fill a theatre by simply bringing a covered plate on to the stage and then slowly lifting the cover so as to let every one see, just before the lights went out, that it contained a mutton chop or a bit of bacon, would you not think that in that country something had gone wrong with the appetite for food? And would not anyone who had grown up in a different world think there was something equally queer about the state of the sex instinct among us?
- C.S. Lewis

Apple has trained you well. :rolleyes:

I genuinely worry (not too much - because I'm much more concerned with tending to my own garden - but enough) about such attitudes.

Jony Ive's vanity project can wipe my butt, for all I care.


Good for you man, some of us actually appreciate and are interested in industrial design though. Some of us also like high end fashion books from the likes of Taschen. You really shouldn't worry about the things other people are interested in. We're all meaningless so just enjoy the stuff you like before you die.
Rating: 4 Votes

End of an (amazing) era.

I’m glad I bought a copy; I expected the print run to be short and that it would sell out very quickly (perhaps it still was, but copies didn’t sell in particularly high volumes?).
Rating: 3 Votes

that book is a testament to what many people think is wrong with apple products- it's all about how they look.

It’s about the experience of using them. How they look is a part of it, but not all of it by any means. People kvetched about how silly the AirPods looked, but now I see them everywhere.
Rating: 3 Votes
[ Read All Comments ]