Apple today revealed job creation figures in South Korea for the first time since entering the country two decades ago, as noted by The Korea Herald. 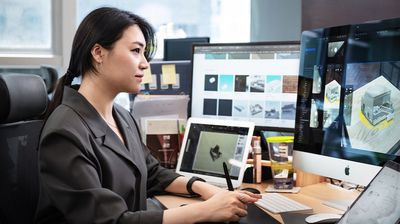 In a new page on its website, Apple says it has created and supports 325,000 jobs in South Korea, including 500 direct employees, 125,000 jobs through partners in the country like component manufacturers and product distributors, and 200,000 jobs through the App Store ecosystem.

Apple's direct employees in the country include designers, customer service representatives, marketing specialists, hardware and software engineers, and retail staff at its Garosugil store in Seoul.

Apple adds that Korean developers have earned 4.7 trillion won in worldwide revenue through the ‌App Store‌ since 2008.

ipponrg
I like how Apple takes credit for creating those Samsung jobs. The marketing spin is real
Score: 15 Votes (Like | Disagree)

FamVR
I don’t understand the negativity here. Apple can, and should, be proud about what they have accomplished worldwide. That to me personally is far better than any other company that I know about.

Just look at those numbers. Astonishing!
Score: 6 Votes (Like | Disagree)

Scottsoapbox
Software engineers are going to make apps regardless of platform. Apple didn't create those jobs anymore than Microsoft.

If people shifted away from iOS to Android or Linux or something not yet created, those jobs will still exist making apps for another OS.
Score: 6 Votes (Like | Disagree)

I don’t understand the negativity here. Apple can, and should, be proud about what they have accomplished worldwide. That to me personally is far better than any other company that I know about.

Just look at those numbers. Astonishing!

You forget the narrative here. Anything Apple is bad, period, no matter what it is. Get in the program man. /s
Score: 5 Votes (Like | Disagree)

I don’t understand the negativity here. Apple can, and should, be proud about what they have accomplished worldwide. That to me personally is far better than any other company that I know about.

Just look at those numbers. Astonishing!

Apple *should* be proud of what they've accomplished. So should every other company that creates jobs. The issue I have is the ratio of 'real jobs' (employees) to 'net jobs'.. It's like me saying that because I like to travel there are 500 people that would have been out of work this year if I hadn't taken a vacation. It might be true that there were 500 people directly and indirectly providing services, but it is more than a bit disingenuous to take create.

One can successfully argue that Apple has created a massive supply chain making and assembling components for the iDevices line. That would be fair. It's equally fair to say that Samsung has invested in and built a large manufacturing organization building and assembling parts for Apple.

Do both organizations get some credit? I think so.

Do both companies get to published 'effective job' numbers? IMO... no.

If they did, each employee would be counted twice. Then what about Samsung's smartphone division? Do they get to count those jobs too? How many manufacturers, suppliers, shippers, etc. get to claim those jobs? Who get's to decide that?

What happens when we start aggregating all of the 'net jobs" and find that in spite of only 7.5 billion people on the planet, there are 12 billion people employed? Given that the aggregation is meaningless, what meaning should be applied to the individual line items?
Score: 4 Votes (Like | Disagree)
Read All Comments