Apple Details Why Some Apple Card Applicants Might Get Declined

Apple last week announced an Apple Card Preview period and has since been rolling out ‌Apple Card‌ availability to many iPhone users ahead of a wider launch.

Apple aimed to make the ‌Apple Card‌ available to as many people as possible and there have been reports of people with credit scores in the 600s being approved, but there are still reasons why someone might get denied. 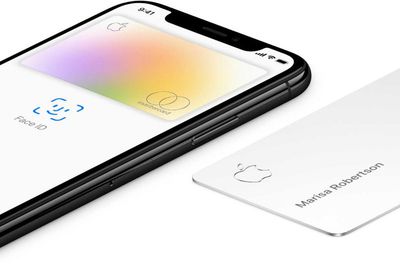 In a new support document shared today, Apple outlines the various reasons why someone might be declined, including low credit score, frequent credit card applications, heavy debt and low income, tax liens, bankruptcy, property repossession, past due debt obligations, a recent checking account closure by a bank, past due medical debt, and more.

Apple's support document has a detailed list of explanations for those who were declined, and when you apply for ‌Apple Card‌, if you are declined by Goldman Sachs (Apple's partner) you'll get a reason why so you can cross reference it here for more information.

The document also explains how credit scores are determined (debt payments, hard credit inquiries, debt level, credit age, open loans, and more), and it details how customers can get a free credit score copy and dispute errors with TransUnion if mistakenly declined for a card. Apple recommends customers check for common errors that can be included in a credit report if there's an issue.

For customers who were declined because their identity could not be verified, Apple offers several recommendations such as verifying that application info is accurate and making sure ID scans (when requested) are clear and include an ID that's not expired and with a last name that matches the application.

When requesting an ‌Apple Card‌, Goldman Sachs does a soft credit check that does not impact your credit score. Being declined or declining Apple's offer will not require a hard inquiry, which is only done when you actually accept the ‌Apple Card‌.

Apple says that credit limit is determined by income and minimum payment amounts associated with existing debt, which is used to assess ability to pay.

Right now, ‌Apple Card‌ is limited to customers who have received an invite from Apple, but Apple appears to be sending out quite a lot of invitations to those who have signed up to be notified about ‌Apple Card‌ on the Apple Card website. A wide release for ‌Apple Card‌ could come in the next few weeks.

For more on how ‌Apple Card‌ works and what you can expect, make sure to check out our detailed Apple Card guide.

Only rich people, please. Have a nice day.

Id hardly call them approving people in the 600s the rich people
Score: 41 Votes (Like | Disagree)

This whole status symbol, rich people only get Apple Cards is just garbage. I have an iPhone 7 and $690 in the bank. I was approved. I am not rich.
Score: 27 Votes (Like | Disagree)

Westside guy
For people who don't want to read the whole story, here's an executive summary.

Reasons your application for an Apple Card may get rejected:

* You're not cool enough
* You look like a dork
* You're too old (note: may overlap with the previous two reasons)
* You made fun of Tim Cook once on MacRumors
Score: 21 Votes (Like | Disagree)

Only rich people, please. Have a nice day.


I consider myself rich, I travelled the world, own a house, am in good health, can't afford a [COLOR=#000000]Porsche ('https://www.google.com/search?client=safari&rls=en&q=porsche&spell=1&sa=X&ved=0ahUKEwi_1cyPnoPkAhUFblAKHXKVA-oQkeECCC0oAA'), good wage.[/COLOR]
Score: 19 Votes (Like | Disagree)

Sounds like your confusing net worth and credit score. You can have a million in the bank and still have a poor credit history, and conversely you can have awesome credit and no money.
Score: 17 Votes (Like | Disagree)
Read All Comments