Apple Card Offers Benefits From Mastercard, Base APR Lowered to 12.99%

Tuesday August 6, 2019 10:51 am PDT by Juli Clover
Apple Card, Apple's credit card that began rolling out to some beta testers and members of the media this week, uses Mastercard for processing payments.

Since it uses Mastercard's network, the ‌Apple Card‌ is able to take advantage of benefits offered to Mastercard card holders, as pointed out by TechCrunch's Matthew Panzarino, one of the early testers.

Other benefits include Mastercard's travel discounts and upgrades, Mastercard's exclusive "special events," Mastercard golf offerings, and home rental discounts via Onefinestay, all of which are available to all Mastercard users.

Purchase protection and extended warranties offered by some credit cards as benefits are not available with the ‌Apple Card‌. ‌Apple Card‌'s main benefit is its Daily Cash program, which offers between 1 and 3 percent cash back on purchases, with money sent out each day shortly after a purchase is made.

Also of interest to potential ‌Apple Card‌ customers is a new base annual percentage rate (APR). When ‌Apple Card‌ was announced, Apple said that it would offer an APR between 13.24 percent and 24.24 percent based on credit score. Following the Federal Reserve's decision to cut interest rates last Wednesday, the APR for Apple card has changed.

Btw, the lowest APR for ‌Apple Card‌ is 12.99 percent after Fed rate cut, seeing a few stories quoting a higher rate. But I just signed up and it is indeed 12.99. pic.twitter.com/mYbDpXskUw


For those who are applying to ‌Apple Card‌ and who may have frozen their credit, Goldman Sachs handles card approvals and uses TransUnion for credit checks. You'll need to unfreeze your TransUnion credit to be approved for ‌Apple Card‌.

‌Apple Card‌ customers should be aware that the ‌Apple Card‌ must be managed using an iPhone or iPad as there is no web component to the card. 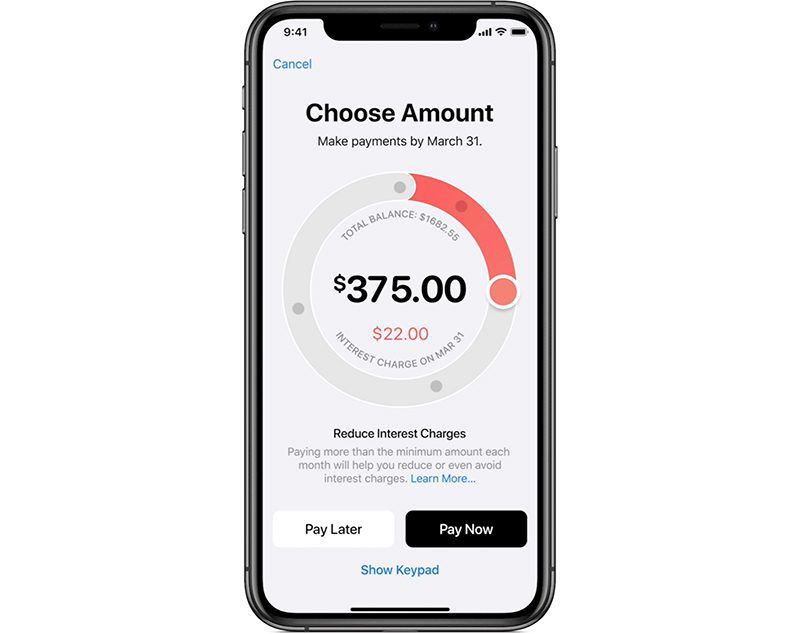 A random selection of people who signed up to be notified about ‌Apple Card‌ are being invited to sign up for the ‌Apple Card‌ today, with a full rollout coming later this month. For more on how ‌Apple Card‌ works, make sure to check out our Apple Card guide.

M-Life
Gosh darn it I don't know which thread to reply to anymore. Are we all meeting in here?

Do we have to respond to the cash kings and those that don't "get" the card?
Rating: 10 Votes

mtneer
Good information. But I am struggling to see what's unique here. Applecard gives the same access as any MasterCard? It does NOT offer extended warranties and purchase protection. The APR is not extraordinarily low in today's environment and the account will be closed if the user ever stops using an iPhone or iPad?
Rating: 9 Votes


How many times are people going to rehash the same argument about the interest rate? No, it's not the best interest. You can read about the features not found in other cards here: https://www.apple.com/apple-card/

Whether those features actually benefit you is subjective.
Rating: 9 Votes


What's unique is how simple and frictionless it is to sign up, track purchases, and get rewards. That's what Apple is hoping will draw in customers.
Rating: 6 Votes

tkukoc
I'll pass, didn't originally like how they make this sound like it's a product such as an IOS update. The fact they treat "credit" as a must have rush decision just puts me off. Spent to much time already making sure I have good credit. I like Apple products but this one just is a no no. Beta testing a credit card?? Come on now.. just give them out to all those so called "media" members on youtube like they always do so they can tell kids you absolutely have to have this.
Rating: 5 Votes

So you have to have an iPad or iPhone to have this card? Just having an Apple computer isn't good enough?


What would be the point of someone without an iPhone getting this card?
Rating: 5 Votes

The hype I’m seeing today is over the top. One guy claimed close to 70% of iPhone users will have an Apple Card and it will be one of Apple’s most important products over the next 10 years. I don’t get all the OMG over the card changing colors in the app. I saw someone else on Twitter wondering if they’re going to have anxiety if someone sees the color of their card. Good grief.

I’m also not a huge fan of this UI. Yeah I’m sure Apple really wants Apple Card to be your default CC but it’s just shameless. Saying set as default later is confusing. I’d rather have a button that says no thanks and then maybe below it something in fine print that says you can set as default in the wallet app at any time or something like that.


This is what you get if you want cashback, points, rewards and warranties and all that stuff. Got to pay for it somewhere.

https://www.navyfederal.org/loans-cards/credit-cards/
The lowest Navy FCU cashback card is 11.90%. Cards with absolutely no rewards and points go down to 8.24%, not 7% as alleged.
Rating: 3 Votes

The Apple interest rate is more than competitive.

If you're paying even 6.9% on credit card balances, you're totally doing it wrong. The interest rate offered by the Apple card is incredibly competitive.

Credit card interest rates should be almost a non-factor.
[doublepost=1565116759][/doublepost]

Apple is offering 2% cash back, which is like free money.

Nothing wrong with debit/cash, but credit cards (particularly miles and cash back) have too many advantages not to use. If you think you'll spend more with a CC, at least link your regular monthly fixed expenses to one and get the cash back.
Rating: 3 Votes