Costco recently updated its iOS app to add a Digital Membership Card for the first time, allowing customers to enter the store and make purchases without the need to have a physical card.

Costco has long had an iOS app, but the app did not include support for adding a digital version of the Costco membership card, instead requiring customers to present their actual cards for purchases. 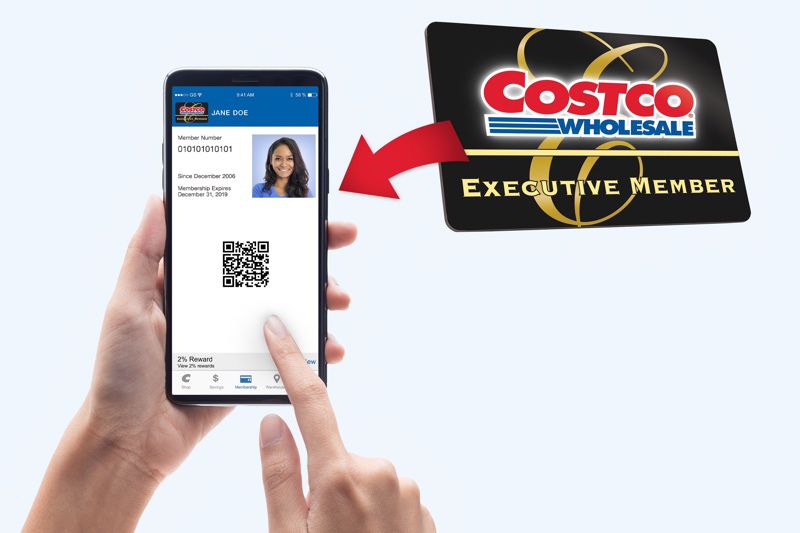 According to a Reddit thread from May, Costco began testing the new Digital Membership Card in October with employees, and announced its upcoming rollout in the spring.

Along with offering a QR code that can be scanned at Costco, the Membership section of the app allows Executive Members to view their two percent reward balance and renew their memberships online.

The Costco Digital Membership app can't be added to the Apple Wallet app at this time unfortunately, but because Costco does accept Apple Pay, the addition of the Digital Membership Card to the Costco app allows customers to shop with just a smartphone. The Digital Card can be used to verify membership, while ‌Apple Pay‌ can be used for purchases.

RVijay007
Great! Now just tell me where stuff is in the store via the app! I hate it when they move staples I always get!!!
Rating: 11 Votes

travoose
They key is being able to add these cards to the Wallet app. Sheetz and others are the same way, I can scan a code in the Sheetz app and then pay with Apple Pay, but I still need my phone, because of this...I’d rather have it all on my watch, so I can carry less.

If you have seen how Panera implements this then you know it can be done, and Panera even has it setup that it automatically pulls up the rewards card when you go to pay. This should be forced on developers when submitting these category apps.
Rating: 8 Votes

The only credit card you can use at Costco is specifically the Costco Visa. Other than that, you're limited to debit cards.

Back when the Costco card was affiliated with American Express, I was able to use both Visa and Mastercard branded debit cards (my bank switched from one to the other)... so I'd expect that to still be true. But nowadays I just use the Costco Visa and just make sure I pay it off every month, since their interest rates are stupidly high.


This is not true. US stores take any Visa card or any debit card by PIN when inserting.
Rating: 5 Votes

Icaras
Not a Costco member myself but this is great news.

The proof of insurance thing is just an excuse to write another ticket anyway. All modern police departments punch your license plate into their mobile data terminal before they get out of the car and it checks DMV records right then. It also tells them if the car is associated with a wanted murderer or child abduction. Some even have ANPR cameras that do it completely automatically. Same thing with scanning your driver's license, any warrants will pop up.

I remember about 10 years ago, the local cops had to do all this over voice radio, so it was up to them to decide whether it was worth running your plate and license or not.

I jinxed myself, I literally was leaving the office after typing all of this and got pulled over! Doh!!!
[doublepost=1564011015][/doublepost]

Agreed. I am looking at the "Membership" section of the Costco app and all it has are:

The Wallet app can easily accommodate all of these fields.

Screenshot the QR code. Wait a few hours or a day, re-open the app. You’ll notice the QR code is different. I’ve uploaded what happened with mine.

They do this to prevent you from sharing screenshots of your card to your friends, requiring they pony up for their own membership.

Notice the top of the QR code is different. In the screenshot version vs the regular version.

Doesn't matter what the error was, Costco only takes Visa at their brick and mortar stores in the US. They don't honor any other card networks neither using the physical card nor over contactless using Apple Pay, Google Pay or whatever.


Costco in the US officially accepts debit cards with a PIN, regardless of the logo. We inserted that same card and it worked fine (including the PIN prompt that was supposed to appear with contactless). If the intention is to only support contactless on Visa debit and credit cards, that sounds like something that should frankly be told to members somehow.
Rating: 3 Votes

K&E
Sam’s Club has had this for years but I really do wish they’d take Apple Pay. If only they had cancelled Walmart Pay then maybe they would’ve already had it enabled on their registers. I’m an associate at the flagship club so we’re the guinea pigs when it comes to testing stuff out and I remember when they failed at launching CurrentC.
Rating: 3 Votes