Plex today announced a few updates for its Apple TV and iOS apps, adding notable new features that are worth highlighting.

The ‌Apple TV‌ app now supports HDR video playback, and Plex Pass subscribers can get early access to HDR through the Settings > Advanced section of the app. 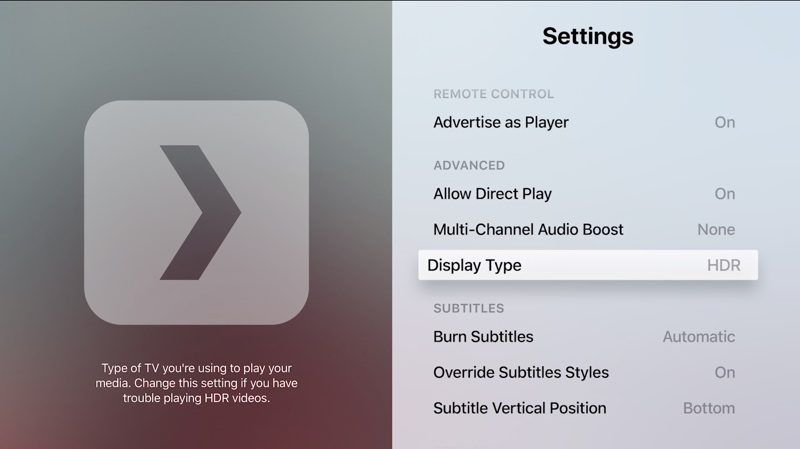 On iOS devices, the Plex update allows users to log in with either Face ID or Touch ID as an alternative to requiring a passcode for a locked Plex library.

Plex has added new TIDAL features as well, allowing Plex iOS and web app users to listen to 30 second clips from the TIDAL library for the purpose of searching for and sampling songs even without a TIDAL account. Artist TV, a feature for subscribers, is now also available on the web, Smart VS, the PS4, and the Plex Media Player.

Plex for iOS and ‌Apple TV‌ can be downloaded from the App Store for free. A Plex Pass is priced at $5 per month and unlocks extra features including HDR. [Direct Link]

chrisdazzo
Good to be a Plex Pass Lifetime subscriber - best $75 I ever spent - suppose I've been using these features with the experimental player for a while now. Cool beans!
Rating: 5 Votes

Westside guy
Plex is so much better than the native "TV" and "Computers" apps on tvOS, at least for streaming your own media.
Rating: 5 Votes

jasheeky
I prefer Infuse, but I recall playing back UHD remuxes with HDR already with Plex
Rating: 4 Votes

I am pretty sure HDR does none of those things. It should improve color gamut, improve dynamic range, etc.
Rating: 3 Votes


That is true for live TV but, for those of us who use PLEX as a digital library, I imagine that it's totally dependent on how the video was ripped.
Rating: 2 Votes

How easy was it to set up your 2018 Mac Mini for the Infuse as the server?

Do you have links to a guide that you followed on how you did it?

I heard Infuse plays better than Plex and it does not require much hardware unlike Plex, is this true based on your usage and your experience?


Infuse isn't a server, it's just feeds from Plex library / wherever you point it at ie. hard drive etc, & all meta is then downloaded on device. It doesn't go on the mac mini, it is an :apple:TV / iOS app. Just download the app on iOS / :apple:TV, enter your Plex credentials and jobs's a good 'un!:)
Rating: 2 Votes

Wait, what? I’ve been playing back HDR using Plex on tvOS for over 1 year already?

I'm pretty sure this is referring to the experimental native Plex player available to Plex Pass users. The default iOS player has always supported HDR on Apple TV 4k

Does it use less resources compared to playing it directly from Plex?
[doublepost=1563536325][/doublepost]
If I rename a file to help the meta data.

Does that mean I need to follow the Plex guidelines rather than Infuse?


Infuse pays for separate codecs so more supported with less hassle, Plex is a bit stingier & uses iOS codecs from my understanding.

I rarely have to rename files in Plex, here's the guidance:

TBH, best money to save your time you can spend is Filebot in the Mac App Store, here

I never like to splash the cash on apps, but since buying this I've never looked back, well worth it!;)
Rating: 2 Votes

How was setting up Infuse?

What do you use for setting it up?

About a year ago Plex lost the ability to play via the Plex app on Apple TV. Full of buffer errors and pauses even though that was the only thing running on the network. Many people with this issue. It has something to do with the player they use on Apple TV. (I’ve tried experimental player on Plex pass as well. Same problem.) I turned to Infuse as it played whatever I threw at it seamlessly without stutter. I still run my library using Plex on my 2018 Mac mini. Then login to my Plex account with Infuse. Found it loads a lot faster handling all the metadata and organization via Plex. But it’s all in all pretty great. Syncs play history and everything. It’s honestly what Plexs’ Apple TV app should be.
Rating: 2 Votes

RamGuy
Wait, what? I’ve been playing back HDR using Plex on tvOS for over 1 year already?
Rating: 2 Votes
[ Read All Comments ]