Apple has announced that students who have yet to subscribe to Apple Music can now get a six-month free trial, double the standard three months, in the United States and select other countries. The limited time promotion ends September 26, 2019, according to an internal memo obtained by the blog Appleosophy. 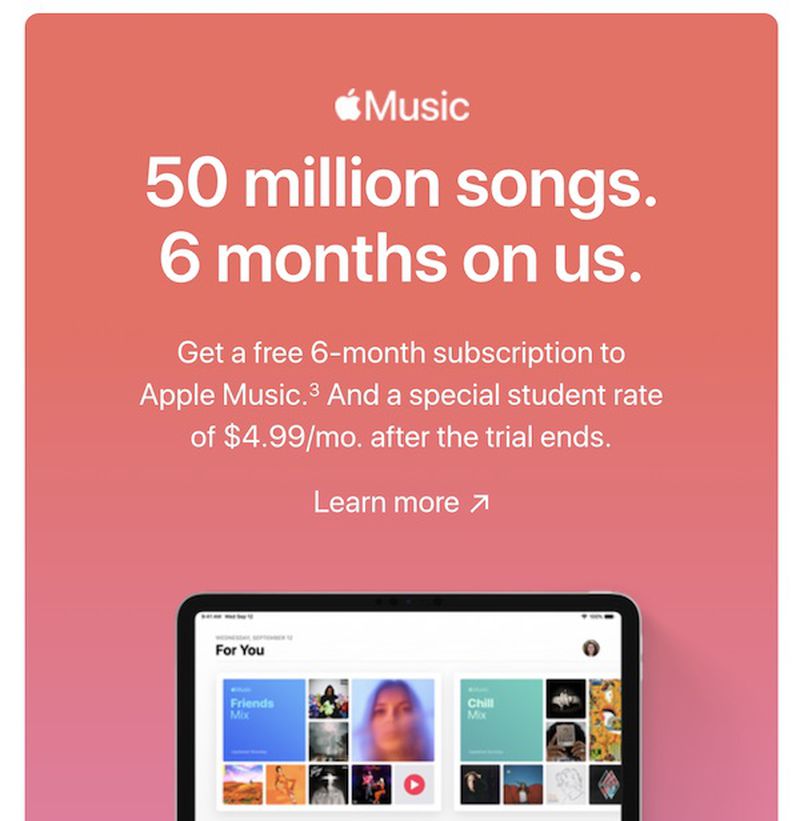 When the trial ends, the Apple Music plan for students is $4.99 per month, compared to the standard $9.99 per month for individuals.

While various carriers have offered extended Apple Music trials, this is the first time Apple has offered a six-month trial itself. The offer is part of Apple's annual Back to School promotion in which students can also get a free pair of Beats headphones with the purchase of an eligible Mac or iPad.

dannyyankou
“And then renew your subscription with our new Apple Card to add to your crippling student debt!”
Rating: 2 Votes

On one hand, it is a nice thing to do for students, and on the other, 6 months is plenty of time for Apple Music to become an integral part of their lives, and they’ll become long term customers. Good for all, as long as they can actually afford it.

Exactly the same thing I thought. It’s a good strategy and somewhat a win-win for all.
Rating: 1 Votes

now i see it
it's all about addiction & dependence
Rating: 1 Votes
[ Read All Comments ]