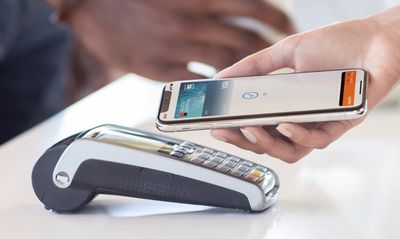 It's a similar story in many more countries, based on screenshots posted by Apple users on social media this morning.

‌Apple Pay‌ has been gradually expanding across Europe and the Middle East, launching in Poland, Norway, Kazakhstan, Belgium, Germany, Czech Republic, Saudi Arabia, Austria, and Iceland over the last year.

L-Viz
Apple pay is the best payment method. I use it where I can and I avoid businesses, that refuse to offer it. Their loss.
Score: 9 Votes (Like | Disagree)

djcerla
Apple Pay on a Watch is simply Apple at its best. It just works like magic.

dragje
This is very good news for people living in Europe, including myself, living in Amsterdam the Netherlands where Apple Pay just recently was released. I use Apple Pay on daily bases, in supermarkets, restaurants and for many other little things. I must say that I find paying with Apple Pay using my Apple Watch (3th generation) much more convenient than using my iPhone instead. Your watch is all-ready their for usage. Press twice, hold in in front of the cash-machine and you’re done, versus an iPhone which in most situations is still somewhere in my jacket. None the less, very convenient.

Also something nice I discovered. In Apple’s wallet app you can also see where you've payed your bills. This information won’t stay stirred for months but it’s pretty handy if you all ready made a payment and you like to find the specific store after you’ve left. Because not only the name of the store will be within your wallet app but also the location, together with the option to click on it so Apple Maps will give you directions towards the store.
Very happy with this way of making payments.
Score: 5 Votes (Like | Disagree)

Apple Pay on a watch is a convenience, but the scenario in the article photo is a joke. In what universe is holding your phone to a terminal easier than tapping a card.

This universe. If I'm waiting in line I'll probably be using my iPhone when I'm waiting. When I get to the front of the line it's just two button taps to pay with Apple Pay instead of getting something out of my wallet. Even though I have an Apple Watch if my phone is already out I just pay with that.
Score: 4 Votes (Like | Disagree)

Great. Which European countries are not yet supported, or is Europe finally completely Apple Pay-enabled so to speak?

And I hope they'll bring Apple Card here rather sooner than later.

Great. Which European countries are not yet supported, or is Europe finally completely Apple Pay-enabled so to speak?

Europe as a continent is still missing some countries, but European Union is fully supported now.
Score: 3 Votes (Like | Disagree)
Read All Comments