Samsung is the exclusive supplier of OLED displays for the iPhone X and newer, as part of a supply agreement with Apple. Due to fewer iPhone sales than anticipated in recent quarters, however, Apple has reportedly ordered fewer OLED displays from Samsung than both companies initially expected. 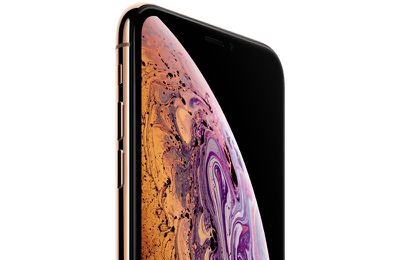 Due to the shortfall, Korea's ETNews reports that Apple now owes Samsung a penalty in the amount of hundreds of millions of dollars. Instead of paying cash, however, the report claims Apple has offered multiple options, including committing to OLED display orders for future products like "tablets and notebooks."

This aligns with a recent report from Korean site The Elec that claimed Samsung is in talks with Apple about supplying OLED displays for an all-new 16-inch MacBook Pro and future iPad Pro models.

Kuo has also previously claimed that two new iPad Pro models will enter mass production between the fourth quarter of 2019 and the first quarter of 2020, but again, he did not say which display technology the tablets will use.

Beyond that, Kuo expects Apple to launch several new products with Mini-LED backlights over the next two years, including a 10-inch to 12-inch iPad in late 2020 or early 2021 and a 15-inch to 17-inch MacBook in the first half of 2021, so it's unclear exactly how far away we are from the first OLED-based iPads and Macs.

Apple's transition to OLED started with the Apple Watch, followed by the ‌iPhone‌ X, so the iPad Pro and MacBook Pro would continue that natural progression of the technology from smaller to larger displays.

Why would Samsung agree to this? Why not take the penalty as Apple has nowhere else to get their screens from anyway?

Because they are a business who wants to increase revenues by selling more of their products?
Score: 33 Votes (Like | Disagree)

Bin Cook
So we end up with inferior OLED (compared to Micro LED) because Tim over did the orders?

This company has changed beyond all recognition.
Score: 14 Votes (Like | Disagree)

Why would Samsung agree to this? Why not take the penalty as Apple has nowhere else to get their screens from anyway?


A company has responsibilities to its stockholders to create profits and by not supplying Apple with their OLED panels you leave the table open for LG to take the money .
Score: 12 Votes (Like | Disagree)

Apple now owes Samsung a penalty in the amount of hundreds of millions of dollars.

That's pretty bad. Really shows how fast iPhone sales have been declining in just the past year alone. Compare Q1 2018 to 2019 and it's like a 30% decline in volume.
Score: 11 Votes (Like | Disagree)

Woodcrest64
No! I don't want OLED for a MacBook Pro or MacBook! Those devices are way more prone to burn in due to the menu bar, and static windows. Apple is better off going to microLED.
Score: 11 Votes (Like | Disagree)
Read All Comments