Apple today at WWDC 2019 unveiled a new Mac app named Sidecar that will allow an iPad to be used as a second display for a Mac, similar to existing third-party options like Duet Display and Luna Display. 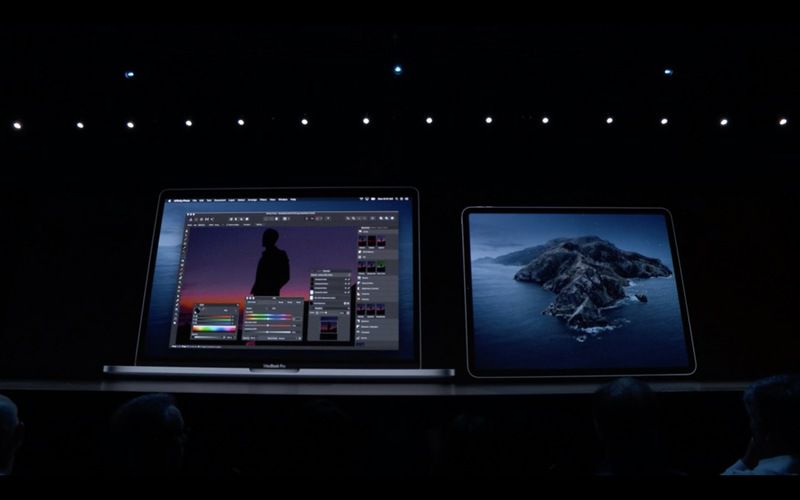 ‌Sidecar‌ will work both wired and wirelessly and will support the Apple Pencil as an input device for the Mac. This functionality will be supported across all apps that support tablets.

I love using Luna, but they had to hack the hardware to make it work, having it built in directly to MacOS/iOS is obviously going to be better. Hopefully, the folks at AstroPad/Luna can provide some additional features, would hate to see them go out of business.

I for one hope this is the death of AstroPad as a company! They milked original customers that supported them from the start! by being greedy and moving Pro users to subscription model.Something that should have been offered for free to original users who bought into their eco system and purchased pens that they endorsed then they dropped support for!

Karma is a great thing sometimes.
Score: 6 Votes (Like | Disagree)

I’m curious what the supported Macs/iPads are too.

from what I've read on the features list any A9 or higher iPad and any 2012 or later Mac can support this. I was worried that my 9.7 iPP was going to miss out but as far as I can tell so far its going to be supported
Score: 4 Votes (Like | Disagree)


That depends on Apple's implementation. The Apple pencil doesn't have a hover feature, and many Photoshop functions, such as the clone stamp, depend on hover. AstroPad has a special workaround that allows you to use touch to simulate hover. We shall see if Apple is going to have that implemented. AstroPad has some pretty advanced features that go beyond screen mirroring.


I wouldn't write off Duet. I'm a Windows 10 user and Duet works great for expanding my desktop onto the iPad. So even if it loses Mac users, there are still plenty of us Windows users who will still comprise a decent-sized market for an app such as Duet... unless Apple ports SideCar over to Windows also.
Score: 3 Votes (Like | Disagree)

dino12
I hope I can use it as a main display for the Mac Mini. Would be nice to just use my iPad as a display while the TV is being used by my wife.
Score: 3 Votes (Like | Disagree)

Friday March 27, 2020 9:00 am PDT by Joe Rossignol
Apple today announced that it has released a new COVID-19 website and iPhone app with a screening tool and other resources to help people stay informed and take the proper steps to protect their health during the spread of the novel coronavirus. Apple partnered with the CDC, the White House Coronavirus Task Force, and FEMA on this initiative. The website and app allow users to answer a...
Read Full Article • 61 comments