Alongside the iOS 12.3 update that introduces a new TV app for the iPhone and the iPad, Apple has also debuted a new 12.3 software update designed for the HomePod.

The new ‌HomePod‌ software will be installed automatically on the ‌HomePod‌ after you update to iOS 12.3, but you can also manually update and check your software version by following the instructions in our HomePod software how to. 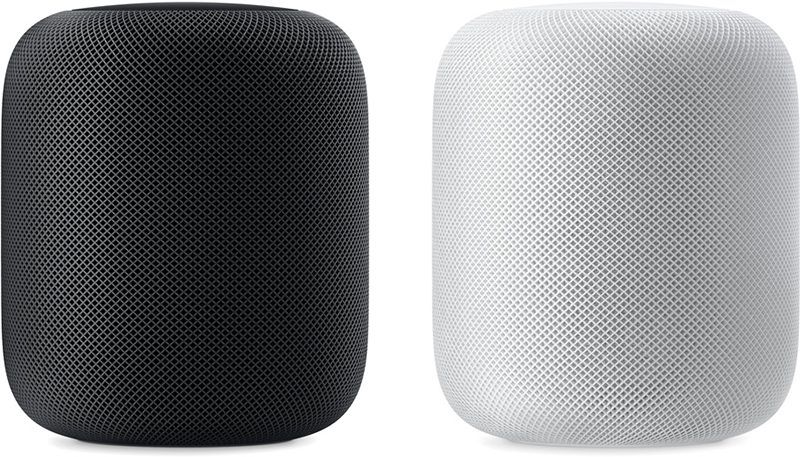 There are no other notable features that appear to be included in the ‌HomePod‌ software update. For more on ‌HomePod‌, make sure to check out our HomePod roundup.

BarrettF77
Is this fixing the repeated login request for Apple ID I hope.
Score: 2 Votes (Like | Disagree)

Awsaim
Hope this fixes stereo pairing. Whichever HomePod is set as “left” constantly disconnects for me.
Score: 1 Votes (Like | Disagree)

I think he means 12.2 focused mainly on adding support for enterprise networks so 12.3 sounds very similar to 12.2.
Score: 1 Votes (Like | Disagree)

and yet, mine works fine. no problems, nothing to see here. Of course, I do only have one Apple ID, I don't keep changing. Maybe that is the common denominator in the "issues"?

My original Apple ID predates the time when it had to be an email address. It's just an alphanumeric ID. Later, Apple introduced email addresses ([USER=249266]@me.com[/USER]) and I signed up for one of those as well. But I had years of music purchases on the original, and that's the one that my family wanted to share once family sharing was invented. So the original remains important to more people than just myself, though my online apple identity is the email address I got back when they were introduced.

I've spoken to apple support multiple times over the years requesting to combine them. But the answer is always that they can't, and that their services are designed to work with this conflict in mind.

I don't change back and forth, but there's one for iTunes purchaces and one for Siri. The homepod indeed keeps track of both in it's settings, but keeps logging me out of iTunes/Apple Music. That's the glitch. Every other apple device manages just fine (and I've been through several dozens over the years). Only the homepod struggles.
Score: 1 Votes (Like | Disagree)

MauiPa
and yet, mine works fine. no problems, nothing to see here. Of course, I do only have one Apple ID, I don't keep changing. Maybe that is the common denominator in the "issues"?
Score: 1 Votes (Like | Disagree)

and yet, mine works fine. no problems, nothing to see here. Of course, I do only have one Apple ID, I don't keep changing. Maybe that is the common denominator in the "issues"?

I have an ID without email address. So I don’t want it to be a GMail or some other address. Apple preaches security so why he he’ll cant I make a new Apple email with my existing ID? Apple is kind of hypocritical at times.

And engineering would relay messages to the person in senior support to update me.... which they only asked for more details and never got back to me. Just that I know there were many other logs of the issues as they were confirming I’m not the only one with the problem.

Sometimes being all secretive like Apple tends to works against them. All we ever want to know is they have a fix coming or not.
Score: 1 Votes (Like | Disagree)
Read All Comments