Tuesday April 30, 2019 6:41 am PDT by Joe Rossignol
In a new support document, Apple has indicated that its legacy photo editing suite Aperture will not run in future versions of macOS after macOS Mojave. The support document provides users with steps to migrate Aperture libraries to Apple's newer Photos app for Mac or Adobe Lightroom Classic. 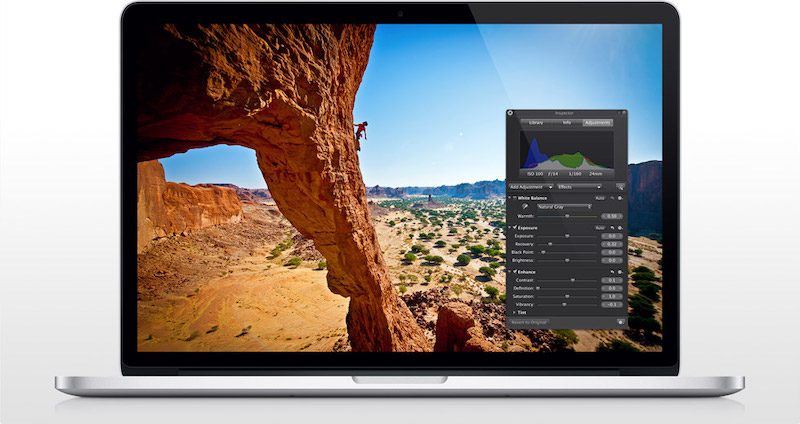 Apple ceased development of Aperture in June 2014 and removed the software from the Mac App Store in April 2015 after the launch of the Photos app for Mac. However, the application continues to function on macOS Mojave for users who still have it installed, albeit with some performance limitations.

As part of the transition from 32-bit to 64-bit, certain media files created using older formats or codecs will also be incompatible with future versions of macOS after macOS Mojave. Apple has shared instructions on how to convert incompatible media in iMovie libraries and Final Cut Pro X and Motion projects.

dantastic
Aperture is still to this day the best photo editor.
But we need community townhalls where people can learn about emojis instead.
Rating: 90 Votes

dan9700
We need it back!!!! Lightroom is not optimised well for macs
Rating: 34 Votes

Aetles
I've still not forgiven Apple for pulling the plug on one of the best apps they've created, especially since there's just no good alternatives… :mad:

(Hoping that Affinity eventually will create a descent DAM but that does not let Apple off the hook.)
Rating: 26 Votes

ZMacintosh
I thought apple was all about the pro? I really tried to like photos, but its really for the insta- facebook generation, not the iPhotos and Aperture crowds that brought people to Apple with proper tools and functionality. you can't even make your own damn books anymore without a 3rd party plugin and 3rd party subscription, ffs.

instead, you get an out of date Mac desktop, an overpriced all-in-one, etc. Im just getting sick and tired of apple's nonchalantness, it used to work well under Steve, but that's when the magic died and apple really doesn't have a clue.


Lol, just a rant. Lightroom is good, I still use photos to hold my large library of photos from the past few decades. things don't necessary have to change to get better, just improve /rant
Rating: 18 Votes

BootsWalking
Just in case we still had any teeth left after Apple kicked us in the mouth five years ago when they announced Aperture's EOL.
Rating: 15 Votes

smirking
Aperture hasn't aged well. If Aperture is all you know, you won't be able to understand this.

Apple was right to abandon it. The photo editing / digital asset management space is very crowded. It has over a dozen major competitors and probably several dozen if you start considering stand alone editor tools without asset management built in. Some of those alternatives are extremely good.

I loved Aperture and I hung onto it for too long myself. When I finally moved on, my only regret was that I didn't do it sooner. Aperture was easy to use and didn't make me think very much, but it was underpowered in its color editing tools and my extended reliance on it stunted my development as a photographer.

Capture One Pro is my photo editor these days and it can be configured to work similarly to the way Aperture worked. If the thought of giving up Aperture makes you want to make Mojave the last MacOS you'll ever use, do yourself a favor and give Capture One Pro a serious look. It takes a little exporing to figure out how to configure it, but my setup really does mimic Aperture.
Rating: 15 Votes

yellow8
Apple should not turn their back to photographs...
Rating: 13 Votes

scottsjack
It has been a long slide from real Mac Pros and Aperture to ghetto headphones and cute emojis. I can't wait for Tim to retire or whatever.
Rating: 9 Votes