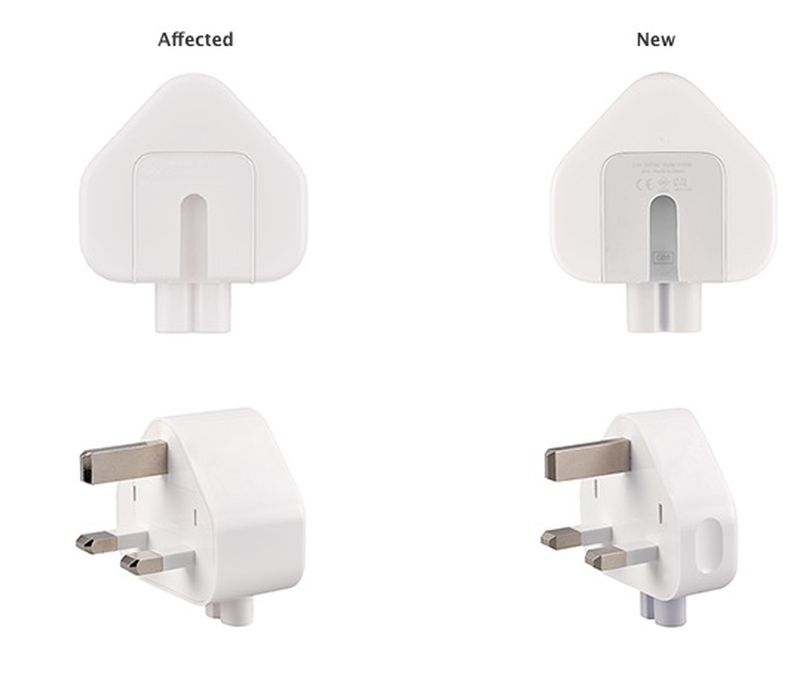 Apple states that, in very rare cases, affected Apple three-prong wall plug adapters may break and create a risk of electrical shock if touched. These wall plug adapters shipped with Mac and certain iOS devices between 2003 and 2010 and were also included in the Apple World Travel Adapter Kit.

I just thought my broken one was a one off, was going to bin it. pic.twitter.com/j8kp6MeNoN

The recall does not affect any USB power adapters, like those included in the box with iPhones and iPads, according to Apple.

If you are impacted, read the recall program details and then head to Apple's Get Support page to initiate the exchange process.

In January 2016, Apple initiated a similar voluntary recall program for two-prong AC wall plug adapters designed for use in Continental Europe, Australia, New Zealand, South Korea, Argentina, and Brazil due to the same risk of electrical shock if touched. These wall plug adapters shipped from 2003 to 2015.

That is of course assuming you haven't impaled your foot on one of those bad boys first. Between these and LEGO, I'm beginning to think the uk has it out for feet.
Rating: 13 Votes

cerberusss
I am a secret agent, and always carry a handful of these three-prong things. Whenever I am chased, I drop them on the ground because they make for terrific caltrops.
Rating: 12 Votes

Surely when designing a connector that will be in ubiquitous use throughout a nation, used millions of times per year by tens or hundreds of millions of people, it’s a good idea to make it as safe as possible?

If having a plug that costs a penny or two more to manufacture makes me and my property (and everyone else and their property) a fair bit safer, I’m cool with that.

(there’s a reasonably short list of British things I’m absolutely unequivocally proud of, and our mains plugs and sockets are on it )
Rating: 6 Votes

Interestingly the one shown as broken in the article looks like a new one (with no lettering). 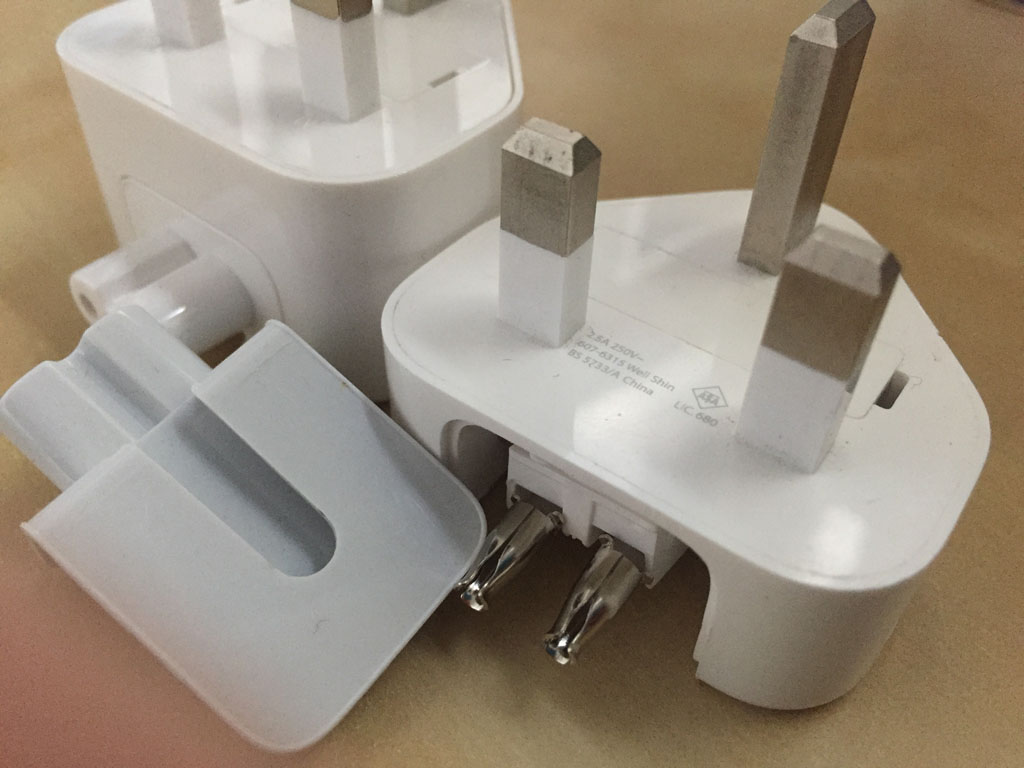 Guys, why are your plugs so needlessly large?


Ironically it's for safety - the plugs are fused and the larger earth pin pushes a slider in the socket allowing access to the live/neutral pins.
Rating: 6 Votes

whooleytoo
The three-prong plugs are also used in Ireland, though I'm sure anyone potentially affected by this issue in Ireland would already know that. :)
Rating: 5 Votes

DUH!
"These wall plug adapters shipped with Mac and certain iOS devices between 2003 and 2010 and were also included in the Apple World Travel Adapter Kit." - this article
[doublepost=1556208401][/doublepost]
Would that require a FOURTH prong?


No, in a UK three pin plug there is live wire terminal, earth (ground) wire terminal and neutral wire terminal........ Also our electrical wall sockets have a on/off switch too
Rating: 5 Votes

Your expectation is that someone at Apple should have employed their psychic powers to predict that a product not under recall when you went it in, would be subject to a recall in the future?

You dodged a bullet.

So let me get this straight, you think I’m unreasonable because I bought an Apple Worldwide Travel Adaptor Kit, something like 6 of the 7 plugs were recalled, they made technical changes to the 6, left the 1 unchanged, and now are determining that the 1 is also suspect, and I’m unreasonable that they should’ve just replaced the entire kit instead of the individual ones. And you infer that I’m acting entitled or something. Whatever dude.
Rating: 5 Votes

Nigel Goodman
I have loads of these (fat ones) that have come with various Apple devices that I have purchased over the years. So I went to the Apple recall site only to find that I need to input the serial number of the item that the adaptor came with. What! How am I supposed to know which adaptor belongs to which device?
Rating: 5 Votes

These must be fairly old; I bought the world travel kit over a year ago and mine is the newer one with the gray on the inside.

Okay - thanks for the update - I was worried about you!
Rating: 5 Votes