Rapper Wiz Khalifa today announced that a new documentary series about his career, called "Wiz Khalifa: Behind the Cam," will launch exclusively on Apple Music on Wednesday, April 17. The series will feature five episodes that "go into the most intimate aspects of Wiz's life," through archival footage and various interviews with friends and family (via Variety). 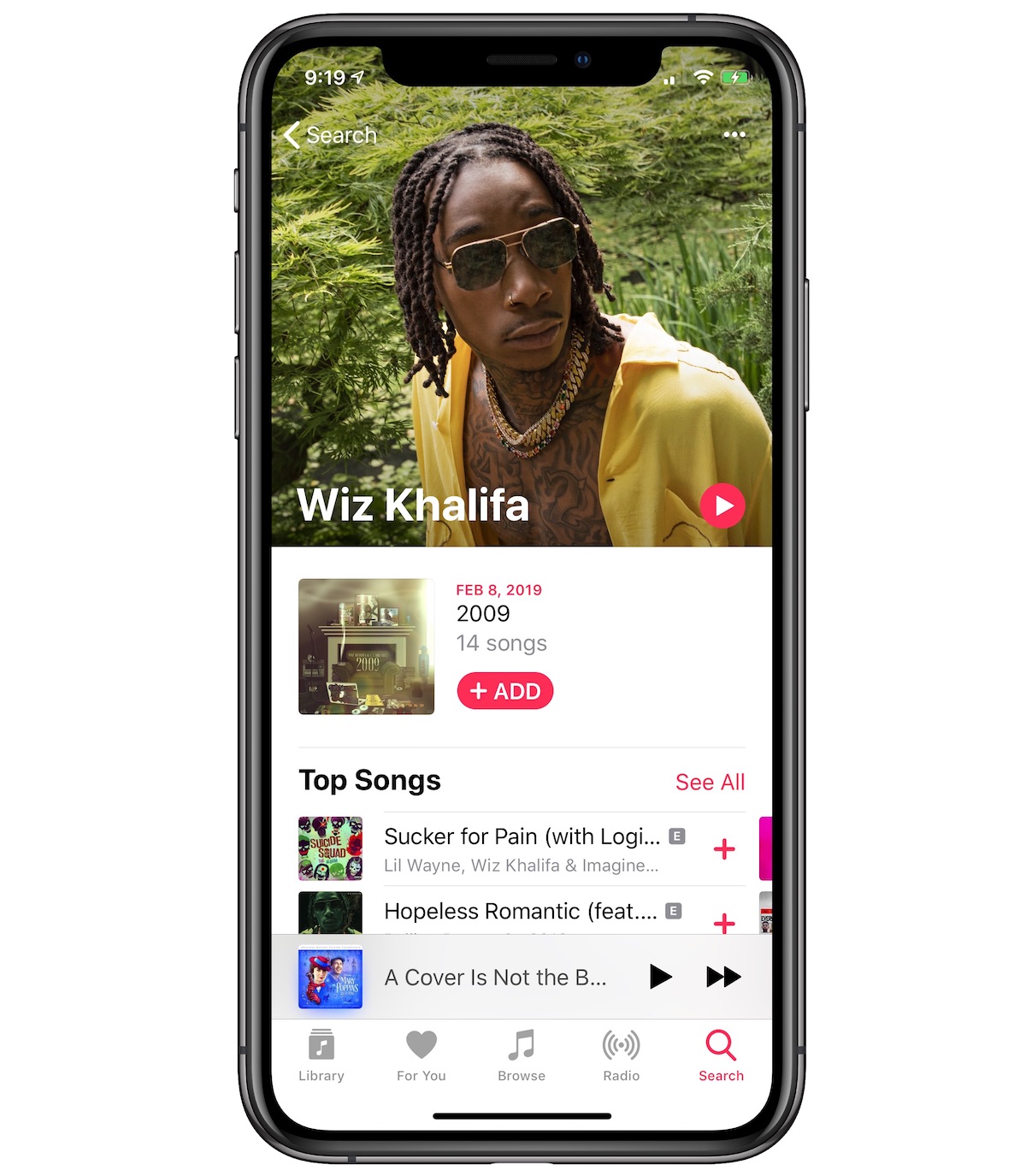 The series is launching between both of Khalifa's performances at Coachella, taking place this weekend and the weekend of April 19. The project's executive producer, Michael Strahan, said that the team was excited to work with ‌Apple Music‌ on the series for a chance to "give the world an intimate look into the rise of an entertainment icon."

The trailer takes a different approach to that of most music documentaries, showing footage of a teen Wiz at an in-store meet-and-greet attended by one person, and rapping for a handful of people at a basketball court. His mother and longtime associates talk about his early drive and dedication, even when he was performing for hardly anyone — and of course the trailer ends with him rapping the same song later in his career for thousands of people.

Although Apple is shifting its video focus to Apple TV+, it appears that music-related documentaries and behind-the-scenes films will remain on ‌Apple Music‌. However, Apple removed the TV & Movies section on ‌Apple Music‌ in a recent iOS update, which introduced a revamped layout to allow for quickly navigating curated music playlists.

You can still find these documentaries on their respective artists' profiles if you know what you're searching for, and Apple typically promotes the latest ones on the Browse page's carousel. On macOS, TV & Movies is still available at the top of the Browse tab, including behind-the-scene films about Ed Sheeran, Kesha, Shawn Mendes, Sam Smith, and more.

DocMultimedia
Who? I must be old.
Rating: 15 Votes

You are because he got famous about 8-10 years ago!
Rating: 13 Votes

Yea how dare they create content for fans of the most popular musical genre right now
Rating: 9 Votes

Right, he's the one who ruined the middle of the Maroon 5 song "Payphone".

Maroon 5 ruins their own songs. I can't stand them.
Rating: 8 Votes

Asarien
MacRumor's aging and out-of-touch base is going to have a field day on this.
Rating: 7 Votes

boshii
I never understood why members in this forum click on articles about hip-hop artists just to bash them and their genre.
Rating: 6 Votes


Popularity is not an indicator of quality.
Rating: 6 Votes

avanpelt
This guy is 31 years old and there is a documentary on his career? That’s...interesting.
Rating: 6 Votes
[ Read All Comments ]