Apple in March hired Ian Goodfellow as its director of machine learning in the Special Projects Group, according to Goodfellow's LinkedIn profile that was shared by CNBC. 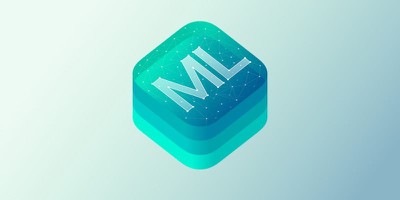 As outlined by CNBC, Goodfellow is known for creating GANs, or Generative Adversarial Networks, a concept where two deep neural net architectures (one generative and one discriminative) are pitted against each other to generate creative content.

GANs have been used to create fake art and deepfakes, aka fake digital images that are indistinguishable from real images.

While at Google, Goodfellow worked on GANs technology and security. It's not clear what he's doing at Apple, but the company's machine learning techniques are used for many elements of its software.

Apple has been working on bolstering its AI and machine learning efforts in recent years, with another former Google employee, John Giannandrea, heading up those divisions.

AngerDanger
Every now and again, I get the impression that silicon valley is just one big game of musical chairs.
Score: 11 Votes (Like | Disagree)

sidewinder3000
I love hearing that Apple has people working on projects without an immediate pay off. That’s the kind of pie in the sky stuff that great companies like Bell Labs did for years.
Score: 9 Votes (Like | Disagree)

realtuner
So, is Google doomed now that two people in their AI division have jumped ship?
Score: 6 Votes (Like | Disagree)

PickUrPoison
This is one of the benefits of hiring someone like Giannandrea—he knows who to take out from his old group. There are probably dozens more from Google at less senior levels as well.

Giannandrea is a Srouji-level hire, these guys are worth their weight in Apple RSUs. But of course it’s not really about compensation; the important thing is the opportunity to do the best work of your life, surrounded by others who are equally passionate about their work.
Score: 5 Votes (Like | Disagree)

so far, all this "deep machine learning" has gotten us is the "For You" tab in the photos app and weird collections of algorithm chosen collections.
It seems that "machine learning" is the current buzzword (like "internet website" was back in the eighties)

It's a phase that we sometimes have to go through in order to workout/discover exactly how to integrate new technology into our daily lives.

The early days of electricity, entrepreneurs put it into everything. Some things worked out, some didn't. Same thing with radios and TVs. As the tech improved and reduced the physical size, they were slapped into anything as people just threw things against the wall to see what would stick. Same thing here. Enjoy the ride knowing that somewhere, someone is working on Alexa enabled public urinals.
Score: 5 Votes (Like | Disagree)

So, is Google doomed now that two people in their AI division have jumped ship?

Remember in the 80s when they just there a digital clock into everything? Or a little solar panel?

Remember?!?! I still have the toaster-clock my bank gave me!
Score: 5 Votes (Like | Disagree)
Read All Comments

Thursday May 13, 2021 10:32 pm PDT by Sami Fathi
A new rumor suggests that Apple will announce the third-generation AirPods and the recently rumored HiFi, or high-fidelity Apple Music tier, on Tuesday, May 18, via a press release on its website. The new rumor comes from Apple YouTuber Luke Miani who shared the alleged exclusive news with the AppleTrack website. According to the YouTuber, Apple plans to release the next-generation AirPods...
Read Full Article • 168 comments

Friday May 14, 2021 7:30 am PDT by Eric Slivka
Christopher Stringer, a key member of Jony Ive's design team who spent 21 years at Apple before departing in 2017, is resurfacing today with his new venture Syng, which seeks to make an impact in the high-end audio market. Stringer, who contributed to many of the most iconic product designs in Apple's history, announced his plans roughly a year ago, and Syng is today introducing its flagship ...
Read Full Article • 115 comments

Saturday May 15, 2021 11:08 am PDT by Juli Clover
Twitter has been working on some kind of subscription service since last summer, and Jane Manchun Wong, who often digs into new features coming in apps, has shared details on just what Twitter is exploring. Twitter's subscription service could be called Twitter Blue, and at the current time, it's priced at $2.99 per month. There will be a "Collections" section that allows users to save and...
Read Full Article • 58 comments