New iPads Expected in First Half of 2019, Including iPad Mini 5 With Similar Design as iPad Mini 4

Monday February 11, 2019 4:57 am PST by Joe Rossignol
Apple is set to launch new iPad models in the first half of 2019, according to Taiwanese supply chain website DigiTimes. 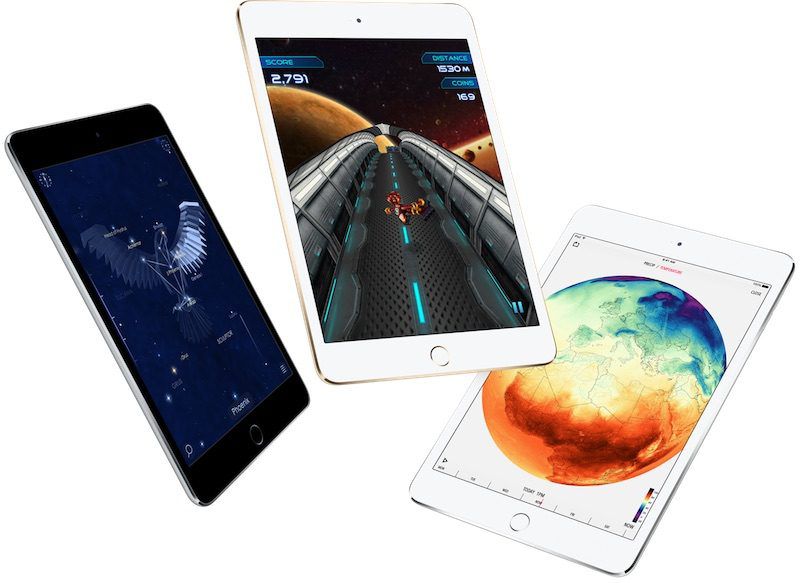 One of those new models is expected to be the so-called iPad mini 5, but anyone hoping for a major redesign should lower their expectations, as Japanese blog Mac Otakara reports that the tablet will have a similar design as the ‌iPad‌ mini 4. The information comes from the blog's discussions with accessory makers.

Mac Otakara claims the ‌iPad mini 5‌ will have identical dimensions as the ‌iPad‌ mini 4, including a thickness of 6.1mm, suggesting that the tablet will have the same 7.9-inch display if bezel size remains unchanged. The blog also expects the tablet to retain a Lightning connector, Touch ID, and 3.5mm headphone jack.

One design change expected is the repositioning of the rear microphone to a top-center position in line with the sixth-generation ‌iPad‌.

The report claims it is unclear whether the ‌iPad mini 5‌ will have an A10 Fusion chip akin to the iPhone 7, ‌iPhone‌ 7 Plus, and sixth-generation ‌iPad‌, or an A10X Fusion chip in line with 2017 iPad Pro models and the Apple TV 4K.

It's also unclear if the ‌iPad mini 5‌ will support the original Apple Pencil, but second-generation ‌Apple Pencil‌ support seems to be ruled out.

This will please a lot of people. Let's hope they don't fold like a hot Mars bar the moment someone picks them up...

The Pros don’t do that either.
Rating: 9 Votes

Sasparilla
Sounds very good, although at this point I hope they go for a A11 chip....the A10 is several years old already.
Rating: 5 Votes

nviz22
Apple should include Apple Pencil support with the Mini. I get it that there isn’t as much real-estate as the Pro or 6th gen iPad, but choices are good.
[doublepost=1549891269][/doublepost]

Sincere Question: Why would Apple want to keep two pencils in stock? That makes no sense to me. Apple likes simple, that would complicate things. I rather saw the 2nd Gen Pencil as a replacement moving forward.


They can still make $ on the education, business, art, etc segments that use iPad 6th gens.

Steve121178
This will please a lot of people. Let's hope they don't fold like a hot Mars bar the moment someone picks them up...
Rating: 4 Votes

bigjnyc
The last iPad mini was released almost 3 and a half years ago.... But they are keeping the design the same? such an Apple thing to do.
Rating: 4 Votes