Apple's expensive HomePod speaker accounted for just six percent of the U.S. smart speaker installed base through the fourth quarter of 2018, according to research firm Consumer Intelligence Research Partners. 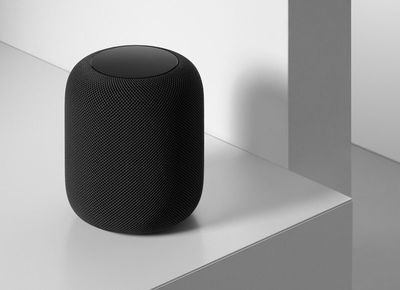 By comparison, the Amazon Echo and Google Home accounted for a commanding 70 percent and 24 percent of the installed base respectively as of last quarter, with both products proving to be popular holiday gifts.

"Amazon and Google both have broad model lineups, ranging from basic to high-end, with even more variants from Amazon. Apple of course has only its premium-priced ‌HomePod‌, and likely won't gain significant share until it offers an entry-level product closer to Echo Dot and Home mini," said CIRP co-founder Josh Lowitz.

To improve sales, many resellers offered the ‌HomePod‌ for $249 during the holiday season. Even now, the speaker is available for $279.99 at Best Buy, a $70 discount compared to its price on Apple.com.

In fairness, the ‌HomePod‌ also launched two to three years after many of its competitors, and sales remain limited to the United States, United Kingdom, Australia, Canada, France, Germany, Spain, Mexico, China, and Hong Kong. But without a steeper price cut, the speaker faces an uphill battle.

In April 2018, well-connected analyst Ming-Chi Kuo said Apple was "mulling" a "low-cost version" of the HomePod, potentially due to shipments of the current version being "far below market expectations." A report out of China said the lower-cost ‌HomePod‌ could be priced between $150 and $200 in the United States.

It's unclear if Apple would be willing to release a ‌HomePod‌ speaker with inferior sound quality versus the current model. Last year, a Chinese report said the lower-priced ‌HomePod‌ could actually be a Siri-enabled Beats speaker.

LordVic
I'm not sure this comes to a surprise to anyone, except maybe Apple's executives....
Score: 60 Votes (Like | Disagree)

Martius
High price + stupid Siri = low sales. Can I get a job at Apple?
Score: 51 Votes (Like | Disagree)

ChrisMoBro
Why are Sonos speakers never included in the list? Comparing the Sonos One is a more realistic comparison than budget speakers.
Score: 26 Votes (Like | Disagree)

WannaGoMac
$249 was cheap enough for the device, but I still passed because a) Siri still blows b) To use other music services with it you have to stream to it via Airplay, which defeats the point of a smart speaker.

I wish they would cancel HomePod and bring back Airport routers!
Score: 19 Votes (Like | Disagree)

Tim will spin this as good news. (ala. bent iPad is "within spec" )

Since they are selling this product at a loss. They will lose less money by selling fewer!

The typical "fanboy" response in this thread will be

"but amongst $354+ smart speakers, Apple sells the most!"

setting the goalposts somewhere that is ridiculous and arbitrary.
Score: 18 Votes (Like | Disagree)

GreenPixel
Not surprised at all. I'd love to get one but it's not worth anywhere near the price point it's set at to me.
Score: 16 Votes (Like | Disagree)
Read All Comments