Monday February 4, 2019 6:07 am PST by Joe Rossignol
Target last month announced that it would begin accepting Apple Pay at all of its stores in the coming weeks. That rollout has now begun.

MacRumors readers have shared photos of NFC-enabled payment terminals at select Target stores in the Northeast and Midwest, including the White Plains, New York location below. The updated interface indicates that Apple Pay is accepted along with Google Pay, Samsung Pay, and contactless credit cards. 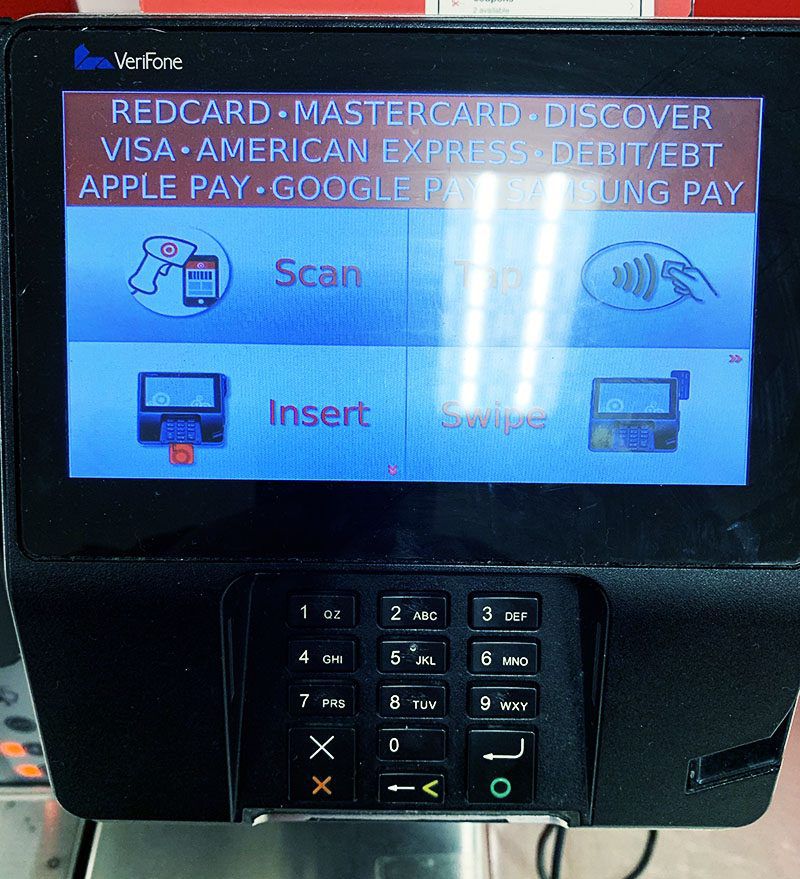 The blog Appleosophy also ran a story about the rollout that was picked up on Reddit, where some commenters said that ‌Apple Pay‌ was not yet available at their local Target stores, so this appears to remain a work in progress.

A spokesperson for Target confirmed with MacRumors that REDcards cannot be added to Apple Pay as part of the rollout, although future support is not ruled out. REDcards are Target-branded credit and debit cards, offering an automatic five percent off most purchases at its stores everyday.

Target was one of the largest ‌Apple Pay‌ holdouts in the United States. The retailer was initially committed to the failed CurrentC platform alongside other large chains such as Walmart, Best Buy, CVS, Rite-Aid, Publix, and 7-Eleven.

centauratlas
They just need to bite the bullet and allow the Red Card to be added. To do otherwise is just delaying the inevitable, and stupid to boot. ApplePay plus 5% is the smart thing to do.
Rating: 13 Votes

jmh600cbr
the amount of bloatware and trash tech in the payment industry in the US is hilarious. VeriFone makes the clunkiest, silliest machines. In Canada we have these tiny things that you just tap and they are in every store, it has nothing to do with the store deciding when to roll out, the payment module accepts tap (apple pay is just NFC tech for those american's that think it is somehow special).
Rating: 10 Votes

I am pretty sure all Credit Card issuer get the Data they want even if the holder are using Apple Pay. So what is delaying the rollout is definitely not privacy related. I wonder what could be the reason behind it. ( Other than Apple taking 10-20 base point )

That's another couple of Internet myths. Merchants don't pay ANYTHING for Apple Pay. Apple charges the banks/credit card companies generally .015% or 15 cents on a hundred dollar transaction, which is more than made up by almost zero fraud. Bigger misunderstanding is that roll out is not privacy related. When you use Apple Pay an encrypted, one time use, token is sent from your phone directly to your bank instructing them to pay the merchant the amount on the reader. The merchant never gets any of your information from that transaction. That's why when a merchant's system gets compromised, you information doesn't go with the hack.
Rating: 5 Votes

GDF
Until redcard is added, it really does not matter. Crazy can't use that with Apple Pay yet.
Rating: 4 Votes

Dentifrice
Every time I go to USA and I realize I need to give my credit card to the waiter in restaurants and I have to write down my tip...with a pen...on the bill. Wow. It feels like 1995.
Rating: 4 Votes

Baymowe335
I already used it at Target Saturday.
Rating: 4 Votes

NachoGrande
Target is my only store credit card... Spend too much their to not use it and get the 5%.
Rating: 3 Votes

AlliFlowers
Finally! I can go back to shopping at Target.
Rating: 3 Votes

I am pretty sure all Credit Card issuer get the Data they want even if the holder are using Apple Pay. So what is delaying the rollout is definitely not privacy related. I wonder what could be the reason behind it. ( Other than Apple taking 10-20 base point )

They don’t get data if you’re using Apple Pay. That’s the whole point of it.
Rating: 3 Votes

brian3uk
About time. If Publix would get on board then I'd finally be able to use it almost 100% of the time.
Rating: 3 Votes