The second iOS 12.2 beta introduces a significant change to the Lock screen, updating it to display battery percent rather than the date in most situations. It's not clear if this is the intended behavior, but after updating to iOS 12.2, battery percent is displayed under the time in the place of where the date used to be. 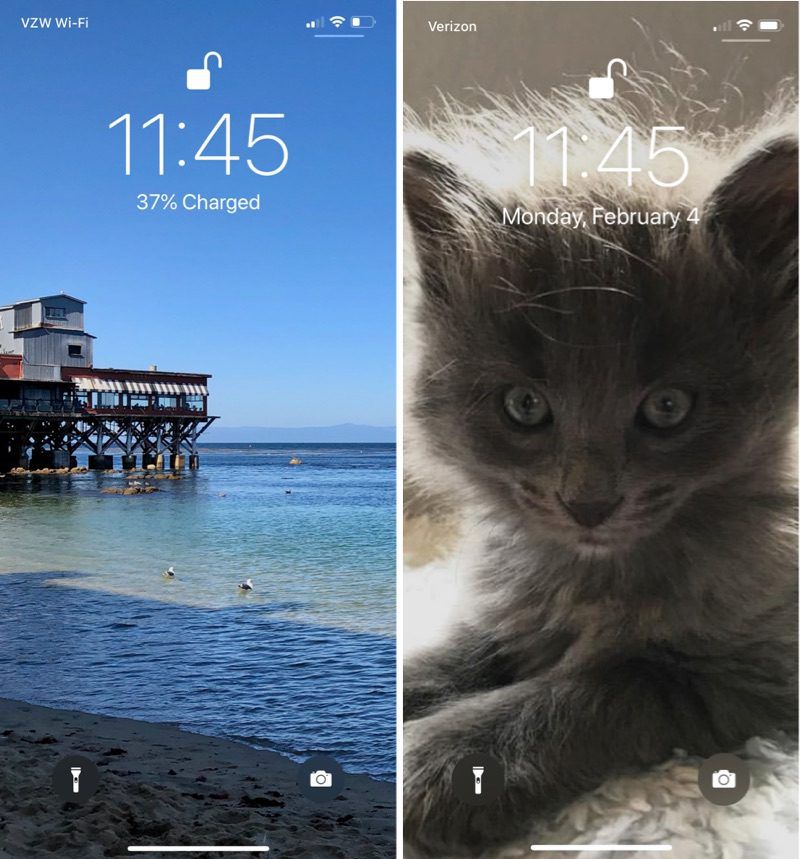 It's not known if displaying the charge permanently is the intended behavior, and this is potentially a bug because it's not likely most users want to display battery life continuously in place of the date. We're also seeing some bugginess with the way charge levels and date listings swap on various devices like wireless chargers and Lightning cables.

Apple may be intending for the non-charging behavior to work like the charging behavior, with the ‌iPhone‌ displaying the charge momentarily when woken up before swapping over to the date. If this is a bug, it should be cleared up with the next beta. If Apple does indeed intend to display the battery percentage on the lock screen temporarily in all conditions, it would be a welcome change. Some users have been unhappy with the battery percentage being hidden in the Control Center in the ‌iPhone‌ X and later.

Update: Apple's release notes clarify that this is a bug that is listed in the developer beta release notes. It will be fixed in a future beta.

jclo
I've updated this post! It's a bug for sure. It's actually listed in Apple's developer release notes, but wasn't there when we checked right after the beta was released. So an oops, here. This behavior will be corrected in a future beta and is not intended.

We apologize for any confusion.
Rating: 2 Votes

bjwhite3114
I sure would love a landscape lock screen. I prefer the phone mounted in my car horizontally and it’s pretty silly that so many native apps and the lock screen have no landscape orientation.
Rating: 2 Votes

Interesting. Why not just make the battery a number?


Because that would (likely) conflict with some arbitrary Jony Ive design doctrine
Rating: 2 Votes

super tomtendo
Interesting. Why not just make the battery a number?
Rating: 2 Votes

mdorais
Also if you have a timer set, it doesn't show on the lock screen anymore. I'm sure it's the same bug.
Rating: 1 Votes

Could be for people the millions of people that can't see the tiny, tiny, battery top right.

tiny tiny? its not that small...
Rating: 1 Votes

lazyrighteye
Can we only have one?
Why not both day/date and battery %?

Clearly, there is a legit opportunity to reimagine the lock screen.
Or, at the very least (knowing this will never see the light of day), allow the user to determine what is/isn't on their lock screens.
Rating: 1 Votes

Porco
If, after the update, I can’t have both (like I do now), that would be incredibly stupid.

They should give users more ability to customise what appears and where, regardless.
Rating: 1 Votes
[ Read All Comments ]