Thursday January 3, 2019 5:40 am PST by Joe Rossignol
In a memo to employees obtained by Bloomberg's Mark Gurman, Apple CEO Tim Cook provided additional commentary about the company's reduced revenue forecast for the first quarter of its 2019 fiscal year. 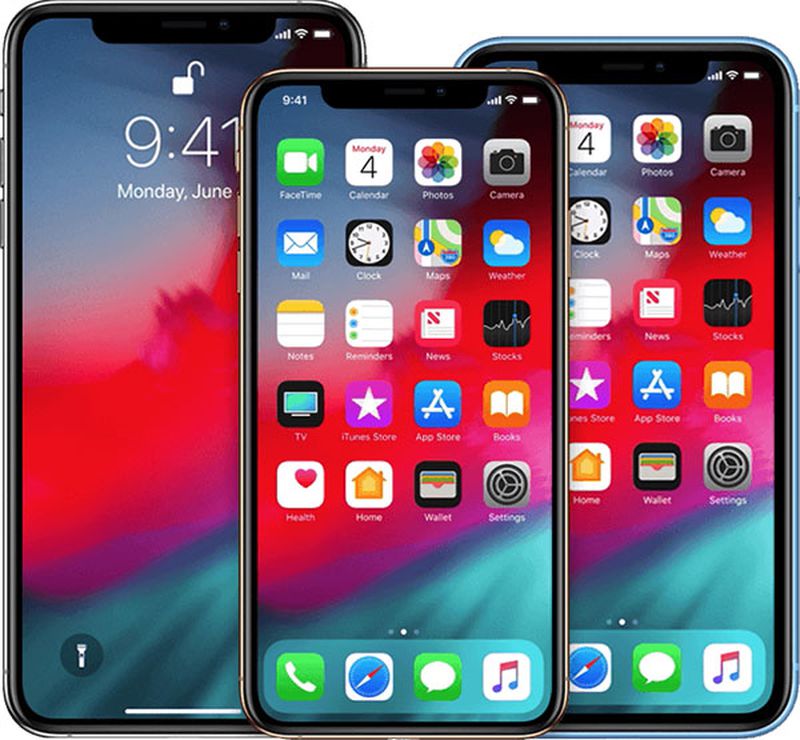 Cook said Apple is "disappointed" that its quarterly revenue will fall up to $9 billion short of its initial guidance, entirely due to the iPhone, but touted revenue records from other product categories including the Mac, services like the App Store and iCloud, and wearables like the Apple Watch and AirPods.

In a letter to shareholders on Wednesday, Apple disclosed that its revenue will be lower than its original guidance for the first quarter of its 2019 fiscal year, coming in at approximately $84 billion. Apple originally guided for revenue of $89 billion to $93 billion in the quarter on November 1.

In his memo, Cook said "this moment gives us an opportunity to learn and to take action," starting with an all-hands meeting with employees today at 9:30 a.m. Pacific Time at Apple's Town Hall auditorium on its Infinite Loop campus.

Happy New Year — I hope everyone was able to rest and enjoy time with loved ones over the holidays.

This afternoon we issued a letter to Apple investors explaining that we are revising our financial guidance for the holiday quarter. I encourage you to read it. As you will see, our revenue shortfall in Q1 is from iPhone, primarily in Greater China.

While we are disappointed to be falling short of our quarterly revenue goal, our fiscal first quarter was also a record setter for revenue from Services, Wearables and the Mac. iPad revenue grew double-digits over the year-ago quarter, and iPhone activations in the U.S. and Canada set new Christmas Day records. We expect to set all-time revenue records in key markets including the US, Canada and Mexico, Western European countries including Germany and Italy, and countries across the Asia-Pacific region like Korea and Vietnam. Our worldwide installed base of active devices also hit a new all-time high, reflecting the loyalty of our customers and their appreciation for the work you do.

We are tremendously proud of the innovations we're delivering to our customers with iPhone XR, iPhone XS and iPhone XS Max. These are, without a doubt, the best iPhones we've ever made. We did not set a new record for iPhone sales in Q1, however, due to a number of factors — some macroeconomic, and some specific to Apple and the smartphone industry.

External forces may push us around a bit, but we are not going to use them as an excuse. Nor will we just wait around until they get better. This moment gives us an opportunity to learn and to take action, to focus on our strengths and on Apple's mission — delivering the best products on earth for our customers and providing them with an unmatched level of service. We manage Apple for the long term, and in challenging times we have always come out stronger.

With that in mind, please join me for an all-hands meeting on Thursday morning at 9:30 a.m. PT. Be sure to check AppleWeb for more details. Due to construction at Apple Park, we'll be gathering at Town Hall on the Infinite Loop campus. Join us there in person, or via live stream through AppleWeb. I'll have more details about the quarter, and I'm looking forward to your thoughts and questions.

Hope to see you there.

AAPL shares are currently down around eight percent to $145 in pre-market trading following the disappointing news.

Infinite Vortex
I'm still finding it hard to buy the "its all China" storyline. China represents approximately 25% of Apple's revenues and for 25% of your revenues to result in a 7% miss on total revenues you'd need far more than "weakness" in sales to be going on, rather, a total decimation of sales. That on top of "record activations" in North America?! Keep in mind that those record activations didn't come from the Xs/Xs Max but for the cheaper iPhone 7 & 8.

I think there's way more that's not being said than is being said.
Rating: 9 Votes

Amacfa
Apple has made the best phone every year since 2007. Haters will deny.


That’s the point. Not everyone IS buying it at that price. Apple is now seeing that - especially in other markets
Rating: 7 Votes

Wow, this is a load of BS. Apple has huge margins on all their products, far higher than most companies.

For no reason whatsoever, other than to counter falling sales, Apple bumped the prices on most of their products. Just look at the cost of the Apple Pencil or the Mac Mini.
Rating: 7 Votes


Yes, that's exactly what's happening. People don't like it and aren't buying it. That's why Apple is suffering. Apple should fix it by offering products at reasonable prices. I don't believe Apple's expense per phone has gone way up, but if it has, it's because Apple is throwing a bunch of totally unnecessary hardware in.

Where's the iPhone Mini? The iPod Mini and iPad Mini each came within 2-3 years of the initial version. We're 12 years into the iPhone and all we have is the base price just going up and then an even more insane one above it.
Rating: 6 Votes

Kanyay
of course it did. i bought all of my kids some iphones and i have a lot of kids. northwest, southwest (not the airline) and eastwest. i got them all the xr. kim said not to spend too much on them. i used one of them to take the selfie in my profile pic. feeling cute but might delete later idk.
Rating: 5 Votes

The margins on iPhone are far smaller than most Android devices. Additionally, the price is the price. Don't like it don't buy it.
Rating: 4 Votes

Apple has made the best phone every year since 2007. Haters will deny.


Must be weird to see the world through those apple colored lenses all day long. But I can see how that can become your 'reality'.
Rating: 3 Votes