Amazon has confirmed that Apple Music will eventually be supported on additional Alexa-enabled speakers, according to a tweet from Mashable's Raymond Wong spotted by AppleInsider. Amazon didn't provide a timeframe for the rollout. 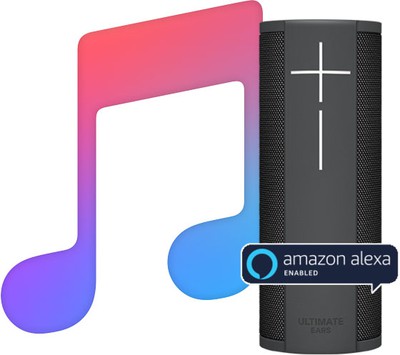 A variety of third-party Alexa speakers and devices are available from brands such as Sonos, JBL, Ultimate Ears, and First Alert.

🚨UPDATE!!!🚨Amazon has confirmed to me @AppleMusic will be coming to other Alexa enabled devices in the future. When? Idk... but hopefully soon https://t.co/ZYqyfNKWk1 — Raymond Wong📱💾📼 (@raywongy) December 19, 2018

Apple Music went live on Amazon's line of Echo speakers last Friday in the United States. This allows users to link Apple Music with their Amazon account in the Alexa app for iOS and use Alexa voice commands to control playback of Apple Music songs and playlists and Beats 1 radio on Echo speakers.

Apple and Amazon announced this new partnership in late November, with Amazon saying it is "committed to offering great music providers to our customers," and referring to Apple Music as "one of the most popular music services."

BorderingOn
Why shouldn't Apple Music be available on every device? I don't get the whinging.
Score: 5 Votes (Like | Disagree)

Beerstalker
For all of you saying this means the HomePod is dead, does that mean the iPhone is dead too since they allow Apple Music on Android phones?

I'm sure this is just Apple treating Apple Music more like an independent company. They want that division to maximize profits, and one way to do that is to get more subscribers. Adding the service to more devices gets them access to more subscribers. A person with and Android phone may have been on the fence about Apple Music because they couldn't use it other than on their phone unless they used bluetooth. Now they are going to be able to use their phone and Echo, and more in the future. This may get them over the fence and convince them to subscribe.

Or maybe a user has iPhones and iPads, but no HomePods just Echos, so they went with Spotify. Now they may drop Spotify and get Apple Music.
Score: 4 Votes (Like | Disagree)

Wednesday May 5, 2021 1:29 am PDT by Tim Hardwick
Encrypted messaging app Signal has had a series of Instagram ads blocked from the social media platform, after it attempted to show users how much data the Facebook-owned company collects about them and how it's used to push targeted ads. In a blog post, Signal described how it generated the ads to show users why they were seeing them, simply by declaring upfront the information that the...
Read Full Article • 93 comments