Friday December 14, 2018 10:29 am PST by Joe Rossignol
Apple Music can now be streamed on Amazon Echo speakers via Alexa in the United States, a few days ahead of schedule. 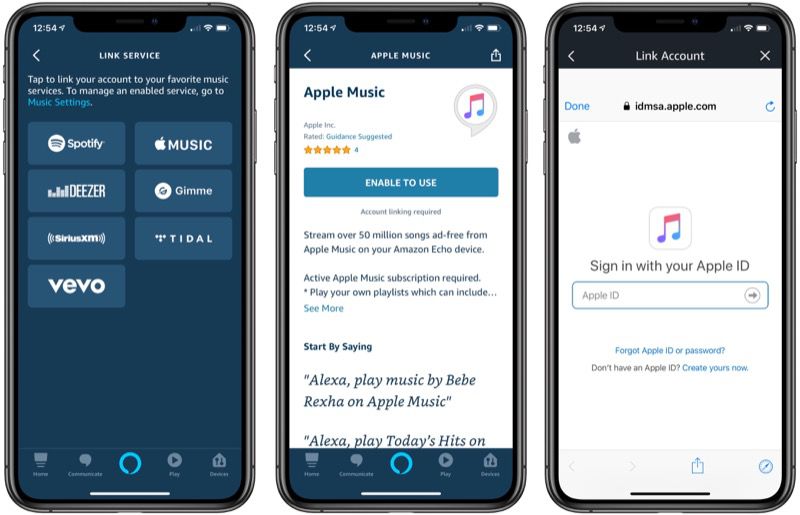 As spotted by 9to5Mac, it is now possible to link Apple Music with your Amazon account in the Alexa app for iPhone and use Alexa voice commands to control playback of songs, playlists, and Beats 1 on Apple Music on Amazon Echo speakers. 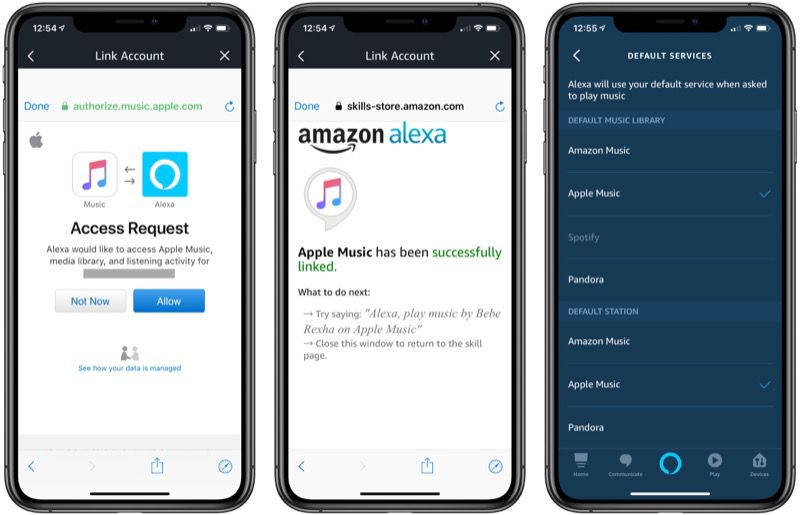 Apple and Amazon announced this new partnership in late November, with Amazon saying it is "committed to offering great music providers to our customers," and referring to Apple Music as "one of the most popular music services."

AngerDanger
Wait until the HomePod hears about this!

ersan191
Can confirm this works, also that hell has frozen over and swine are sprouting feathers.
Rating: 17 Votes

Enclavean
What about the other 192 countries?
Rating: 12 Votes

Could it be Siri on Alexa next ?


It would be pointless. Alexa works 9 times out of 10. Siri is an idiot all round.
Rating: 11 Votes

It’s possible that Apple is doing this to prevent users from defecting from Apple Music. I am actually a bit confused on the motivation though. Apple Music isn’t profitable any more than Spotify is, so this doesn’t feel like a push to chase revenue. Could Apple be chasing music streaming subscribers to retain influence with record labels, and to possibly push its video streaming and news service next year (easier to sell a bundle when your users are already using one of them)?[emoji848]

Buy a Amazon Alexa Dot, connect it to $300 of proper stereo speakers and Apple music sub, and you have a music player that's vastly superior to a HomePod for audio quality, and at the same time vastly better AI / Smart home integration.
Rating: 8 Votes

Realistically the only way Homepod v2 could be made any better (the speaker is already amazing) would be by removing Siri - which is never going to get better with the way they have developed it - we're now coming up to 9 years since Apple introduced it, and its still utterly awful compared to every single other major voice assistant.


Realistically, no. Removing Siri would be a huge disaster. You probably don't know that Siri is the main user interface to HomePod, and it works extremely well for cuing up music.

What makes HomePod great is it's always on, and always ready to play music with only a verbal command. even from 20 feet away with HomePod playing music loudly. An amazing feat and superb underlying technology to pull that off.

I've had my HomePod for almost a year now and it's a delight to use - every single day. From your post suggesting Siri should be removed, I suspect you've never owned one.
Rating: 6 Votes

WhiteHawk
Maybe I missed it but I saw absolutely nothing about this being US only when it was first announced, I’m really annoyed that all of a sudden it’s announced that it won’t be available in the UK. I just set up an Echo dot and was looking forward to this on Monday being available and with two more on the way next month, guess I’ll be cancelling them now.:mad:
[doublepost=1544901345][/doublepost]

Even more annoying is the fact the amazon article saying Apple Music was coming to echo devices said NOTHING about it being US only, meaning the 3 echo devices I bought during the amazon sale (purely for Apple Music) was a complete waste of money.


Yeah, once again a case of a US site not bothering to mention those particular details because they think they are the only country in the world, seen it so many times.
Rating: 6 Votes

I'm at work so I haven't been able to test this, but it appears that you need to use "On Apple Music" to command Alexa.

If anyone has tried this out, I'd love to know if I can just say "Play my Metal Playlist" or if I have to add "on Apple Music."

No. You can set Apple Music as your default and don't have to specify.
Rating: 5 Votes