Taiwan Semiconductor Manufacturing Company or TSMC is set to remain one of Apple's most important suppliers in the years to come, according to a note to investors shared today by reliable Apple analyst Ming-Chi Kuo, who now works for TF International Securities.

TSMC manufactures the A-Series chips that are used in Apple's iPhones. The company has been Apple's sole supplier for iPhone chips for a few years, and will continue to be Apple's only supplier in 2019 and 2020 for the A13 and A14 chips Apple is expected to use in those devices. 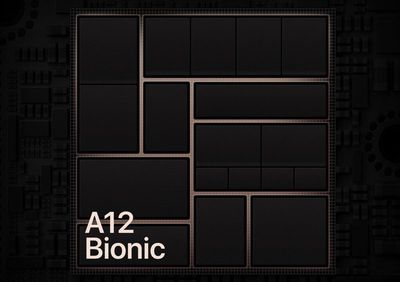 According to Kuo, Apple will become increasingly dependent on TSMC in the years to come due to TSMC's "superior design and production capabilities" compared to its competitors and the fact that TSMC, unlike Samsung and other Apple suppliers, does not compete with Apple in other markets.

In the future, Kuo believes TSMC will manufacture Apple-designed ARM-based processors for Mac models starting in 2020 or 2021. Rumors have suggested Apple is planning to transition away from Intel chips to its own custom-made chips starting as early as 2020, which Kuo reiterates in today's report.

There are multiple benefits to custom-designed Mac chips, including no delays because of Intel's manufacturing issues, better profits, more control over design, and differentiation from competitors' products.

We also expect that Mac models will adopt Apple's in-house-designed processor starting 2020 or 2021, which will create four advantages for Apple: (1) Apple could control everything about the Mac's design and production and be rid of negative impacts from Intel's processor shipment schedule changes. (2) Better profits thanks to lower processor cost. (3) Mac market share gain if Apple lowers the price. (4) It could differentiate Mac from peers' products.

Kuo also suggests Apple will recruit TSMC to manufacture chips for its upcoming Apple Car starting in 2023 to 2025.

In an August report, Kuo said that Apple will launch a full Apple Car in 2023 to 2025, reviving rumors about Apple's work on a complete vehicle. Prior to that report, it was believed Apple had shelved plans for a vehicle and was instead focusing solely on autonomous driving software that could perhaps be integrated into partner vehicles.

It's excellent that A-series chips are rivaling desktop CPUs, but I wish Apple's assistant would catch up…

Question: Why would Apple spend years redesigning the Mac Pro to release them on Intel chips in 2019 only to move everything to ARM in 2020?

Either they're moving to ARM in 2019 or a few years later. If Apple can do for desktop chips what they did for mobile chips, then this is going to be amazing.

This rumor keeps popping up.
Apple is not making transitioning from Intel to ARM.
A mobile processor is a far cry from a desktop processor. The reason for ARM in cell phones is that there were two camps ARM and MIPS. ARM won. The first smartphones were actually MIPS (Windows Mobile).

For desktop processors see the new Xeon and Ryzen Thread Ripper for reference.
Symetric processing, multilevel caches, multi-socket support, multithreaded, PCIe root complex with 48 to 64 lanes of Gen4 (by the time they would come out).

The eco system for ARM existed in the mobile space. It does not exist in the desktop space.
Yeah, I know there are ARM Windows devices, and Chrome OS laptops.

I for one would not buy another MacBook Pro or MacPro if they had ARM.
I use VMWare to run CentOS/RedHat x86 and I don't have a substitute for running that for chip design and simulation tools. I'd switch to a Windows machine.

Emulating x86 on ARM would be too slow.
I currently own a MacBook Air, two MacBook Pros, and a MacPro tower that I will not replace with that coffee can thing.
If they release another tower with current Xeon or Ryzen chips, they can have my money. They can have my money as long as they stay intel compatible. Moving away from Intel compatibility, means I move away from Apple.
Score: 17 Votes (Like | Disagree)

jjhny
The PowerPC to Intel transition had many benefits, including being able to use bootcamp (which was a lifesaver for our company). The question is, how difficult will it be for pro software companies to write for Intel and Apple Arm. Also, will we have bootcamp, or does that go away too.

If Pro for Apple means only Pages and Numbers and a few other major developers software packages, it may be time to switch to Windows for all the Pro users (which makes me just sick).

Apple has really screwed Pro content creators. I have a hard time trusting a leadership who have animoji faces.
Score: 14 Votes (Like | Disagree)

Unless I am mistaken, It seems that Apples reliance on TSMC is only growing. Should Apple buy the company? Or maybe put together a consortium like they did with Toshiba?

No. TSMC is a massive hardware manufacturer with huge capital requirements. Apple doesn’t want to be in that business.

Not only that, TSMC is worth over $200B. Apple can buy almost any company, but this is even too big for Apple with premium.
Score: 10 Votes (Like | Disagree)

macduke
Question: Why would Apple spend years redesigning the Mac Pro to release them on Intel chips in 2019 only to move everything to ARM in 2020?

Either they're moving to ARM in 2019 or a few years later. If Apple can do for desktop chips what they did for mobile chips, then this is going to be amazing.
Score: 10 Votes (Like | Disagree)

This would be a really interesting development for macOS if it happens. I’m not sure if this would break compatibility with running Windows (via boot camp), which let’s face it, is one the reasons the Mac didn’t ultimately slide into oblivion.

It will completely break compatibility. You would need to emulate the X86 -> Slow.
Right now, Boot Camp works because Macs are X86.
Score: 9 Votes (Like | Disagree)
Read All Comments