watchOS 5.0.1 can be downloaded for free through the dedicated Apple Watch app on the iPhone by going to General -> Software Update. 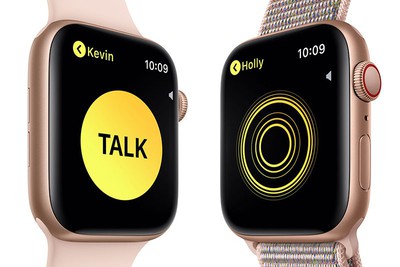 To install the new software, the Apple Watch needs to have at least 50 percent battery, it needs to be placed on a charger, and it needs to be in range of the iPhone.

The watchOS 5.0.1 update is minor in scale and focuses on fixing bugs that have been discovered since the watchOS 5 update. According to Apple's release notes, watchOS 5.0.1 addresses an issue that caused a "small number of users" to see increased exercise minutes, fixes a bug that caused some users not to receive stand credit in the afternoon, and solves a problem that could prevent the Apple Watch from charging.

djcerla
After just 2 days with the AW4 Cellular, carrying the iPhone when I go out is a complete no-no.

It’s a wonderful feeling of freedom; now I realize how much useless social network and website checking I was doing. A complete revelation. This is the beginning of the end for the smartphone as far as I can tell.
Score: 14 Votes (Like | Disagree)

jud.stade
Any word on if this brings back missing complications, like Messages and Home?
Score: 14 Votes (Like | Disagree)

This is a watchOS update. Also, not sure why you are holding off from updating to iOS 12? You are only hurting yourself and missing out on performance and features. Sometimes people can be too smart for themselves.
Score: 12 Votes (Like | Disagree)

Braderunner
I hope that one day, Apple does away with "Make sure Apple Watch is on it's charger".
Score: 11 Votes (Like | Disagree)

Great news...ill go ahead and update the internet
Score: 10 Votes (Like | Disagree)
Read All Comments

Monday July 26, 2021 11:35 am PDT by Juli Clover
Apple today updated its Apple at Work website with a new section dedicated to the Mac, which offers up 11 reasons why "Mac means business." On the webpage, Apple highlights the M1 chip as the number one reason why business users should choose a Mac, offering up an M1 overview [PDF] that explains the benefits of the M1 chip. The information isn't new, but it does provide a look at all of...
Read Full Article • 108 comments