Apple's upcoming 2018 iPhone models will not support the Apple Pencil because it does not offer a "good user experience," according to respected Apple analyst Ming-Chi Kuo who shared the information in a note sent out to investors.

Kuo believes that Apple will announce the three new iPhones expected in 2018 during the week of September 9, which is in line with other rumors that have pointed towards a September 12 unveil date, a September 14 pre-order date, and a September 21 launch date. 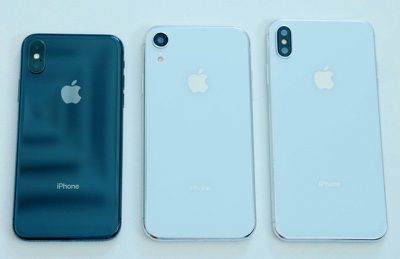 Kuo expects both the 6.1 and 6.5-inch iPhone models to offer both single and dual-SIM versions, with the dual-SIM models to be available in specific markets like China. Kuo's information is in line with details shared by Bloomberg this morning.

The 5.8-inch iPhone will not offer dual-SIM support, but Kuo says it could include an e-SIM as well as single-SIM functionality. Kuo is not certain, however, if the e-SIM will be activated.

All three models, including the lower-cost 6.1-inch iPhone, are expected to include support for the new A12 chip, as the 6.1-inch iPhone is meant to be a followup to the iPhone 8. Apple's iPhone 8, iPhone 8 Plus, and iPhone X all use the A11 chip.

826317
I'm sure but why would you want Apple Pencil support on an iPhone? Very few people would be using the Apple Pencil with their iPhone. It makes sense on an iPad, not iPhone.
Score: 14 Votes (Like | Disagree)

Jbusick7944
Sure the cheaper one is delayed due to production and has nothing to do with cashing on on impatient people who will buy the more expensive models that are shipping sooner.
Score: 11 Votes (Like | Disagree)

Why? This makes no sense. Just because the Apple Pencil is supported for use, doesn’t mean you have to buy and use one.
Score: 10 Votes (Like | Disagree)

rwilliams
It's looking like I will keep my iPhone X and wait for next year's model.
Score: 8 Votes (Like | Disagree)

isaac_appleweed
Who wants a stylus? You have to get them and put them away, and you'll lose them. Yuck! Nobody wants a stylus.
Score: 8 Votes (Like | Disagree)

ilikewhey
patiently waiting for under lcd panel fingerprint reader to be implemented
Score: 7 Votes (Like | Disagree)
Read All Comments

Saturday February 4, 2023 1:30 am PST by Hartley Charlton
Google's Chromium developers are working on an experimental web browser for iOS that would break Apple's browser engine restrictions, The Register reports. The experimental browser, which is being actively pursued by developers, uses Google's Blink engine. Yet if Google attempted to release it on the App Store, it would not pass Apple's App Review process. Apple's App Store rules dictate...
Read Full Article • 223 comments