Ustwo Games' popular iOS and Android puzzle series "Monument Valley" is being turned into a movie, as reported this week by Deadline. Paramount Pictures and Weed Road Pictures have won the rights to the games, and Patrick Osborne has already been selected to develop and direct the first film. 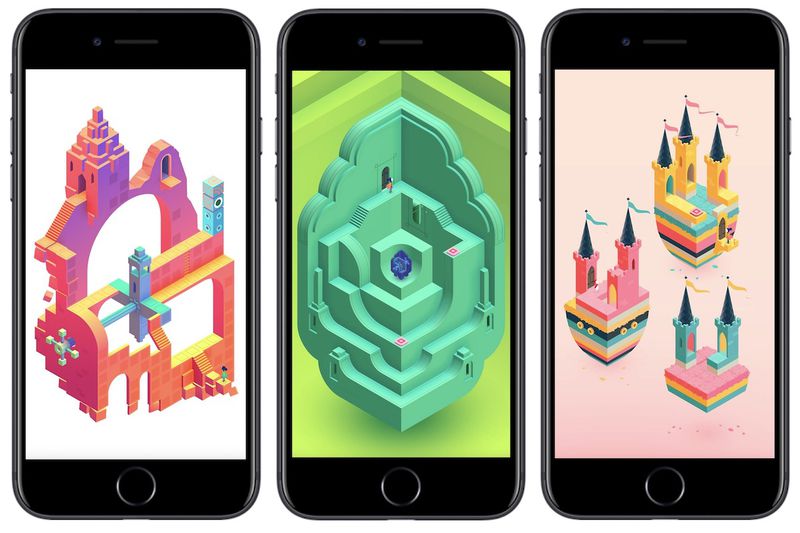 Osborne won the Academy Award for Best Animated Short for his short film "Feast" in 2014, which was shown before "Big Hero 6" in theaters. He has also worked as an animator on Disney films including "Wreck-It Ralph" and "Bolt." With Monument Valley, Paramount and Weed Road are hoping to launch a family-friendly franchise if the first film does well enough.

“Monument Valley is a one of a kind experience, at once small in its meditative, simple gameplay, as well as enormous in its sense of history,” Osborne said. “I’m privileged to be handed the reins to Ida’s mysterious kingdom, to play in her world of impossible architecture where seeing things differently is everything. I am thrilled to bring this unique world to theaters with the talented storytellers of Paramount and Weed Road.”

In the games, players guide Ida (in the original) and Ro and her child (in the sequel) through a series of mazes that present optical illusion challenges that the player must manipulate to solve. In the film, "contemporary live-action characters" will be sent into Monument Valley's surreal world and have to figure out a way to get back home.

The original Monument Valley launched on iOS in 2014, and eventually won numerous awards including one of Apple's Design Awards for that year. The game also went on to be a financial success thanks in part to its avoidance of a free-to-play structure, and four years later the sequel nearly doubled the first-year revenue of the original game.

The rumours are correct. There's going to be a Monument Valley movie! In collaboration with Paramount Pictures and Patrick Osborne. We couldn't be more excited. https://t.co/j2riIGZfru pic.twitter.com/XGPBabM3z5

Deadline's report doesn't provide a release window for the Monument Valley film. Currently, Osborne is working as director on an adaptation of the fantasy webcomic Nimona for 20th Century Fox Animation and Blue Sky Studios, which is set for a February 2020 release date. If Osborne moves onto Monument Valley after Nimono, the adaptation of Ustwo's puzzle game should be released sometime after 2020.

Well that seems silly. Not much of a story to pull from, unlike Metal Gear or Uncharted.

On the other hand, that could be creatively liberating. Uncharted would be shackled down by players constantly comparing every story beat to the games. For MV, they could essentially do whatever they want (as long as the visuals stay an important focus) and it'd be next to impossible to complain about the story's adaptation.
Rating: 6 Votes

Well that seems silly. Not much of a story to pull from, unlike Metal Gear or Uncharted.


Yes but look what they did with Pirates of the Caribbean and that was a theme park ride. You never know.
[doublepost=1534956657][/doublepost]

Yes, that’s exactly the kind of route I hope this takes too. Trippy, Escher-esque visuals that somehow captures some of the atmosphere/feel of the games.


Thirded. In fact this was exactly what I thought of the second I read the post.

ghostface147
Well that seems silly. Not much of a story to pull from, unlike Metal Gear or Uncharted.
Rating: 3 Votes

omihek
At first glance this is a bad idea. But if you think about it a little then this is the right kind of game to adapt. There's no story set in stone that they have to use for the movie (for better or worse), but the game has been played and is loved by millions. As long as the connection to the game is clear and the story isn't half bad, it should do just as good or better than the Angry Birds movie.
Rating: 2 Votes

I think it's a great idea! It has real potential in terms of visuals/word building (Labyrinth / Inception / Doctor Strange / Pans Labyrinth) and is a fairly blank slate storytelling wise. With the right people on board, could be very interesting indeed :)


Yes, that’s exactly the kind of route I hope this takes too. Trippy, Escher-esque visuals that somehow captures some of the atmosphere/feel of the games.
Rating: 2 Votes

Spoiler alert: this film will never be released.

I'm glad to see the Monument Valley creators get some more income from a film licensing option, but even Tetris has been optioned for a film.


I'll see your Tetris, and raise you one Angry Birds Movie. People never said that was going to happen either, and somehow it became a profitable hit despite the heat being long-gone from the game.
Rating: 1 Votes

rcjlfk
This movie will be a mindf*ck
Rating: 1 Votes 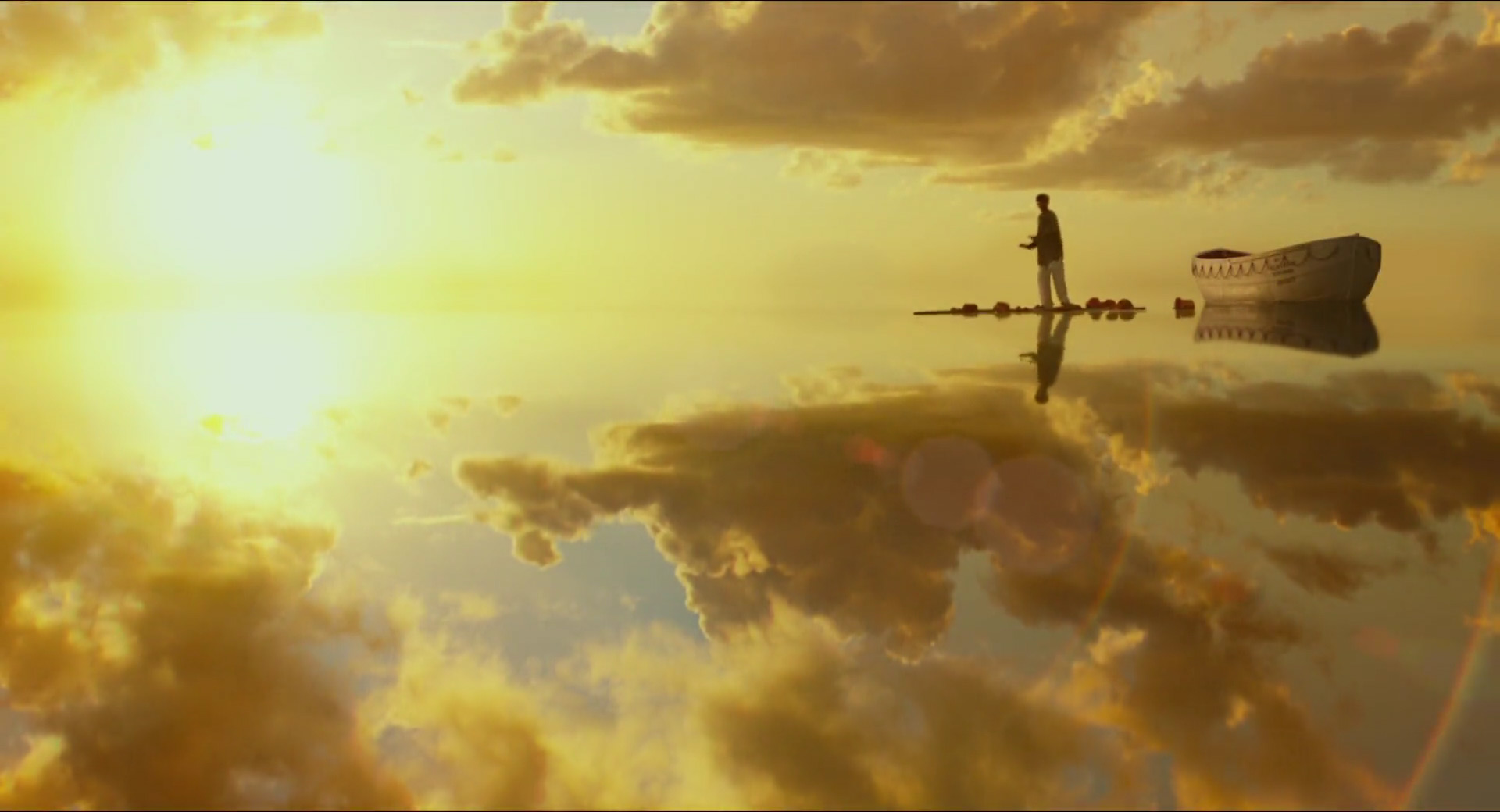 LittleChief
I think it's a great idea! It has real potential in terms of visuals/word building (Labyrinth / Inception / Doctor Strange / Pans Labyrinth) and is a fairly blank slate storytelling wise. With the right people on board, could be very interesting indeed :)
Rating: 1 Votes

ThunderSkunk
I...
hm.
I like it. Make no story at all. Just an incomprehensible journey of endless wandering with no preordained lessons or even apparent sense to any of it, no arcs, no moralizing, no grand plan, just a bunch of insane old junk you're born into left over from people who died long before you you can't hope nor would even want to understand, and all you can do your best to navigate the mess until you slip, fall, and die at some point, unnoticed by everyone else all stuck wandering in the same situation. The first movie to mirror real life.
Rating: 1 Votes
[ Read All Comments ]