Apple announced its planned acquisition of Shazam in December, but the deal has yet to be completed due to an ongoing EU investigation. 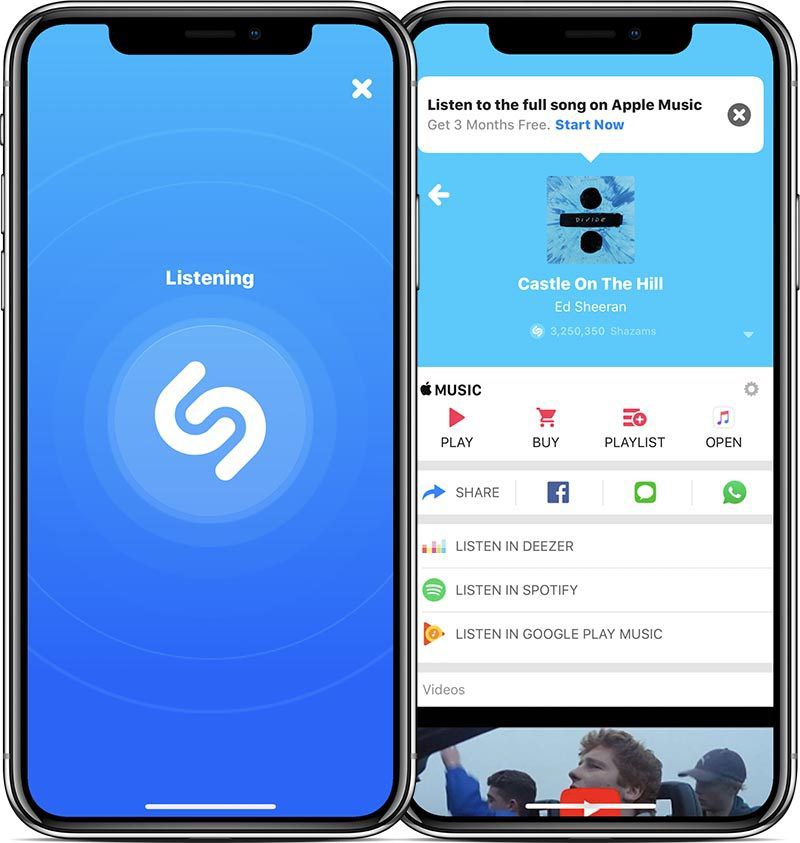 Regulators were worried that the merger between the two companies would provide Apple with a wealth of data that could allow it to target its competitors' customers, ultimately resulting in fewer music streaming options for European citizens.

There were also concerns that Apple would disallow Shazam from referring EU customers to Shazam's rivals, such as Spotify. At the current time, Shazam can be connected to either Apple Music or Spotify, allowing Shazamed songs to be opened in either service.

While European Commission spokesman Ricardo Cardoso declined to comment at this time, a final decision on the acquisition is expected on September 18. Once approved, Apple will be able to finalize the deal and complete the Shazam purchase.

Shazam, for those unfamiliar with the service, is a cross-platform app designed to identify music, TV shows, and more. It has been baked into Apple devices as part of Siri for several years now, and it's what powers Siri's ability to answer questions like "What song is this?" Shazam also offers apps for iOS devices, Android devices, Macs, and PCs.

When announcing the acquisition of Shazam, Apple said that it had "exciting plans in store," but declined to provide further information on how the Shazam service would be used.

Yet another company Apple buys that won't actually be used to improve their software.


Just going through the last 5/6 years of Apple acquisitions, it looks like they do tend to actually use them to improve their software.

Not including the AI, Security, ML and AR acquisitions.
Rating: 19 Votes

lunarworks
If this leads to a dedicated Shazam button in the Control Center I will be very happy.
Rating: 12 Votes

Yet another company Apple buys that won't actually be used to improve their software.


You mean like how they acquired the Workflow app and have now turned it into the Shortcuts app, a key part of allowing people to leverage much more powerful commands and workflows with Siri in iOS 12?
Rating: 8 Votes

If this leads to a dedicated Shazam button in the Control Center I will be very happy.


You can simply ask Siri who is playing also. That's most likely where we'll see the integration. I doubt we'll see a dedicated button for it.
Rating: 2 Votes

You can simply ask Siri who is playing also. That's most likely where we'll see the integration. I doubt we'll see a dedicated button for it.

Asking Siri just adds a few seconds to the process when seconds actually count. It's frustrating having Shazam kick-in just as a song ends.
Rating: 2 Votes

Still no idea why Apple didn't grab SoundHound instead, much better app, and recognizes more things than Shazam ever did for me.

Just downloaded and tried it - it's very slow compared to Shazam. Plus, for the songs I tried, I didn't see the album artworks - just the singer and the song name. Maybe I have to give it some time but I don't plan on replacing Shazam.

Can SoundHound record the music while offline and search for it when you connect to a network?
Rating: 2 Votes

EvilEvil
Yet another company Apple buys that won't actually be used to improve their software.
Rating: 2 Votes

I forgot about this lol :D, they're looking to integrate in Apple music I am guessing?

It literally says in the picture "Listen to the full song on Apple Music, Get 3 months free"
Rating: 2 Votes

If this leads to a dedicated Shazam button in the Control Center I will be very happy.


No need to wait, there is already a Shazam widget.
Rating: 2 Votes

It will be very useful in Apple Music environments. iOS will be able to "always listen" and recognize your songs for you, add to my Apple Music playlist or library. Not sure about Shazam app though since it belongs to Apple, will it still work with Spotify? I hope so, competition is good for consumers.


I've already setup my Apple Music to pull any song I tag in Shazam and add it to a playlist within Apple Music. Works well. Nice to have the full version of all songs, then I can simply move them to other playlists.

With Apple buying Shazam, it's likely it'll be even easier to get the full version of any song you identify.

I highly doubt it'll still work with Spotify. Apple wants people to use its own service, not others. There's no benefit to helping their competition by keeping Spotify as an option.
Rating: 1 Votes