Verizon today announced that it will offer the Apple TV 4K as part of its 5G residential broadband package that's set to launch in four markets this year, including Indianapolis, Houston, Los Angeles, and Sacramento.

A free Apple TV 4K will be provided to Verizon 5G broadband customers in lieu of a traditional cable box. Several other cable providers have also been offering the Apple TV 4K as an option to customers, including DirecTV in the US, Canal+ in France, and Salt in Switzerland. 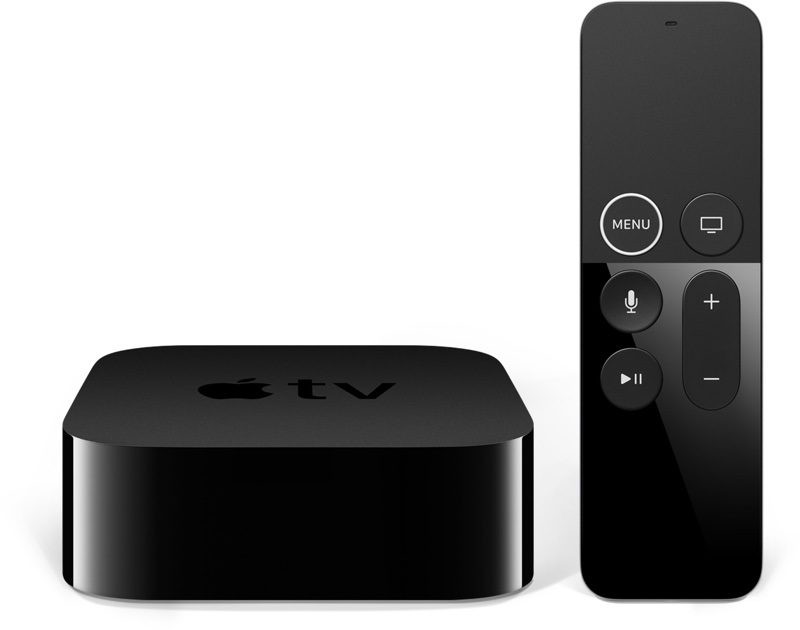 With the Apple TV 4K, customers have access to cable content, both free and subscription, through a wide selection of apps that are available on the device, plus it includes perks like Siri for voice control and the Apple TV app for keeping track of the content you're watching across a wide range of apps.

In addition to an Apple TV 4K, Verizon is also planning to provide its 5G broadband subscribers with a subscription to YouTube TV, YouTube's $40 per month streaming service that offers access to television shows on ABC, CBS, Fox, NBC, the CW, Disney, ESPN, FX, USA, and dozens more.

Verizon is aiming to be the first wireless provider to offer 5G residential broadband and 5G mobile service in the United States. Its home internet installations in Indianapolis, Houston, Los Angeles, and Sacramento are set to begin in the second half of 2018.
Related Roundups: Apple TV, tvOS 13
Tag: Verizon
Buyer's Guide: Apple TV (Don't Buy)
41 comments

With 5G who really needs FIOS? No wonder Verizon bailed out of the optical fiber business — they could see the writing on the wall.

They are going to need all the fiber they can get just to feed the 5G cell sites. It's still radio and you are still sharing the bandwidth with others.
Score: 5 Votes (Like | Disagree)

Christian 5G
Right before T-Mobile’s uncarrier move that is set to be tomorrow. Interesting.
Score: 4 Votes (Like | Disagree)

Will this help me go over my data cap faster?

brendu
Hey Verizon, how about you get on board with single sign on then? It would help a lot.
Score: 3 Votes (Like | Disagree)

Nyy8
Will this help me go over my data cap faster?
Score: 3 Votes (Like | Disagree)
Read All Comments

Tuesday May 26, 2020 2:31 am PDT by Tim Hardwick
Apple will use a Lightning port instead of USB-C in the upcoming "iPhone 12," but it will be the last major series of Apple's flagship phones to do so, with models set to combine wireless charging and a port-less Smart Connector system for data transfer and syncing in the iPhone "13 series" next year. The above claim comes from occasional Apple leaker and Twitter user "Fudge" (@choco_bit),...
Read Full Article • 347 comments

Tuesday May 26, 2020 5:30 am PDT by Joe Rossignol
Apple plans to release several higher-end devices with Mini-LED displays in 2021, including a new 12.9-inch iPad Pro in the first quarter, a new 16-inch MacBook Pro in the second quarter, and a new 27-inch iMac in the second half of the year, according to Jeff Pu, an analyst at Chinese research firm GF Securities. This timeframe lines up with one shared by analyst Ming-Chi Kuo, who recently...
Read Full Article • 77 comments