Apple Pay Cash is the highest-rated mobile peer-to-peer payments service on the market, according to a review by Consumer Reports.

In the first comparison of its kind, the Consumer Reports publication looked at the relative pros and cons of Apple Pay Cash, Zelle, Square Cash, Venmo and Facebook Messenger P2P payments. Google Pay's new money-sending feature wasn't included in the group test, however. 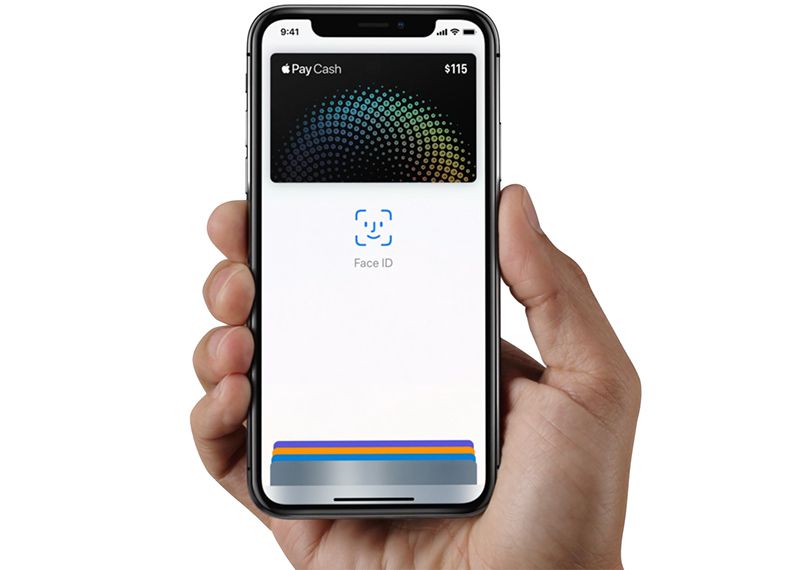 The five services were rated worse or better in terms of payment authentication, data security, data privacy, customer support, and broad access (use not limited to those with a bank account or particular mobile device).

All five services were rated good enough to use, but Apple Pay Cash came out the winner with a higher overall score, mainly because of its stronger privacy and security measures.

Apple Pay was the only service that got top marks from CR for data privacy, because its policies state that it limits the information it collects and shares on users and their transactions. It doesn't store credit card or debit card numbers, and it states in the terms and conditions that it doesn't sell users' personal information to third parties, CR found.

The requirement of later-generation Apple hardware and software was classed as the only major drawback of Apple Pay Cash, as per the "broad access" category described above.

Venmo, Facebook Messenger, and Square Cash all rated above average in most categories barring privacy. Zelle was downrated for poor clarity in its data policies, and failed to offer a way to confirm payments in its mobile app, although the company said the feature would be included by late October.

After a brief delay, Apple Pay Cash arrived on iOS devices in December 2017, although it's currently only available to users in the United States.

Why, in spite of my few Apple frustrations, I’m all in to their ecosystem. They’re privacy bulldogs, and that’s huge.
Score: 13 Votes (Like | Disagree)

Consumer reports saying something ‘positive’ about Apple an Apple Pay? That’s astonishing. Apple Pay is convenient enoughfor me where I don’t need my debit card all the time and is supported heavily in my area.

If you go look at CR articles about Apple products, you'll find them mostly positive. They just don't get reported on. Out of all the Apple products tested by CR over the years, how many do you think were negatively rated? Of those negatively rated, was there ever one that didn't have a legitimate issue?
Score: 7 Votes (Like | Disagree)

Relentless Power
Consumer reports saying something ‘positive’ about Apple an Apple Pay? That’s astonishing. Apple Pay is convenient enoughfor me where I don’t need my debit card all the time and is supported heavily in my area.
Score: 5 Votes (Like | Disagree)

And Samsung gave up security like a sophomore at Prom when they allowed Samsung Pay to work on old payment machines via the credit card slot. Clever idea, but less secure than a dedicated NFC connection. Apple often forgoes cleaver/flashy features in favor of security. They are incredibly disciplined for such a large company.

Aside from the security aspect, look how convenient they coupled Apple Pay with the Apple Watch and LTE. I don’t even need my iPhone with me to pay for expenses. Times have changed, and Apple made it better and more simplistic for the consumer. It’s just a matter if the user want to take advantage of this technology or not.
Score: 4 Votes (Like | Disagree)
Read All Comments

Thursday April 2, 2020 4:06 pm PDT by Juli Clover
Apple's new low-cost iPhone is set to launch as early as Friday, April 3, according to a new report from 9to5Mac that cites a tip from a "highly trusted reader." The site says that while it can't be certain about the launch date, "Apple could reveal and begin taking orders for the new iPhone as soon as tomorrow." The iPhone 8 Apple is said to be planning to call the new iPhone, which is...
Read Full Article • 303 comments

Thursday April 2, 2020 7:53 am PDT by Joe Rossignol
Intel today announced the launch of its latest 10th-generation Core processors for high-end notebooks, potentially including the next 16-inch MacBook Pro. The batch of 45W chips, part of the Comet Lake family, are built on Intel's 14nm++ architecture. The new H-series chips have the same base clock speeds as the 9th-generation chips in the current 16-inch MacBook Pro, but Turbo Boost speeds...
Read Full Article • 205 comments

Friday April 3, 2020 3:58 am PDT by Tim Hardwick
Apple paid out $75,000 to a hacker for identifying multiple zero-day vulnerabilities in its software, some of which could be used to hijack the camera on a MacBook or an iPhone, according to Forbes. A zero-day vulnerability refers to a security hole in software that is unknown to the software developer and the public, although it may already be known by attackers who are quietly exploiting...
Read Full Article • 43 comments

Thursday April 2, 2020 8:10 pm PDT by Joe Rossignol
Another clue has surfaced to suggest that Apple's rumored lower-cost iPhone SE successor will likely be released soon. Earlier today, a product listing for a Belkin screen protector on Apple's online store was updated to reflect compatibility with not only the iPhone 7 and iPhone 8, but also the iPhone SE. Given the original iPhone SE was a 4-inch device, and the iPhone 7 and iPhone 8 are...
Read Full Article • 129 comments