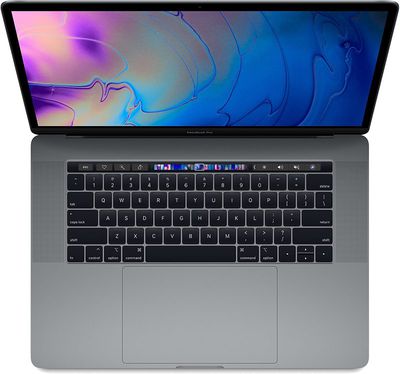 As with any new product launch, there is a wealth of information to sift through, so we've created a list of key takeaways about the 2018 MacBook Pro lineup, particularly as it compares to the 2017 MacBook Pro lineup.

MacRumors will have continued coverage of the new MacBook Pro lineup throughout the week, so keep checking back.

When is Apple going to release something people can actually afford?

Also, they aren’t a charity or something, they are a for profit company, and their profit source isn’t selling user data piece by piece to advertisers.
Score: 37 Votes (Like | Disagree)

SeattleMoose
At least they kept the headphone jack!!! :D
Score: 33 Votes (Like | Disagree)

KPandian1
Why is Apple refusing to concede its mistake with the removing of the Mag-Safe port? It is their own invention, and literally the most convenient feature on an expensive portable.
Score: 28 Votes (Like | Disagree)

jjjoseph
Apple is still trying to push the touchbar as a better keyboard, I feel like Apple gaslighting us. Give me the 15” without a touchbar please.
Score: 28 Votes (Like | Disagree)

appleofmyibook
And the whining continues. Apple gave you EXACTLY what you kept asking for and you just don’t let up. Since 2016 it’s all been about 32g RAM and how the computer wasn’t fast enough. They’ve done it but of course it’s still not good enough for you. Then of course there’s the shock of the price. It shouldn’t be a surprise because realistically, you would be stupid and moronic to think that Apple would be dropping prices.
Score: 28 Votes (Like | Disagree)

bladerunner2000
When is Apple going to release something people can actually afford?
Score: 20 Votes (Like | Disagree)
Read All Comments