In a renewed effort to clamp down on potentially threatening drone use, the United States Department of Homeland Security today will be urging Congress to approve new anti-drone legislation. Specifically, the proposed legislation would give the U.S. federal government new powers "to disable or destroy" any drone perceived to be "threatening" (via Reuters).

The DHS deputy general counsel Hayley Chang and undersecretary for intelligence and analysis David Glawe are set to speak on behalf of the department in an effort to seek "new authority" on the drone issue. Specifically, the DHS is looking at national security threats that can and have emerged from drone flights, as well as the use of drones by terrorist groups.

According to the prepared testimony seen by Reuters, the officials argue that drone terrorism use is a "looming threat" that the U.S. is "currently unprepared to confront" because of "outdated legal restrictions." Senate homeland security committee chairman Ron Johnson further urged action for new legislation:

“The federal government does not have the legal authorities it needs to protect the American public from these kinds of threats. The threats posed by malicious drones are too great to ignore,” Johnson said.

“It is not enough to simply tell operators of unmanned aircraft not to fly in certain areas; we must give federal law enforcement the authority to act if necessary.”

According to Johnson, the number of drone flights over sensitive areas jumped from eight in 2013 to around 1,752 in 2016. In the testimony, the DHS cites numerous recent incidents involving potentially malicious drone use, like when a Coast Guard helicopter was forced to take evasive action when a drone flew nearby in California this past March, or when a small civilian drone hit an Army helicopter and damaged a rotor blade in New York City last year.

Many high-security locations have already banned drones, like U.S. military bases and some national landmarks, and the proposed legislation is said to expand to high-profile events like the Super Bowl and presidential inaugurations, as well as federal installations and "the protection of officials." If a drone is perceived to be threatening, government officials could "disrupt communications" of the drone, seize control of it, or "destroy" it completely if needed.

While the new legislation appears to be targeted mainly towards terrorism threats, the growing popularity of drone flights have affected many tech companies, including Apple. Last summer, multiple reports emerged about Apple's first efforts at stopping drone pilots from accessing the airspace above Apple Park in Cupertino, California. In April, drone videographer Duncan Sinfield put a potential expiration date on drone flights over the site by admitting it's "only a matter of time until the campus becomes shut-off to drones completely."

Apple is likely attempting to prevent prying eyes from gaining access to its new campus and employee work going on there, following revamped anti-leak measures that emerged in a leaked memo earlier in the year. Still, the company itself is interested in drone technology as it participates in a pilot program that allows it to operate drones in ways typically restricted by the Federal Aviation Administration, reportedly focused on improving Apple Maps in North Carolina.

2010mini
Disable or destroy any drone they perceived threatening????

Don’t you just love when the government gives itself new powers with vague laws?
Score: 12 Votes (Like | Disagree)

They’ll only shoot it down if it’s threatening or suspicious. I see nothing wrong with this.

Then my friend you are blind. Vague laws than can be applied to any situation a person wants is dangerous. What constitute suspicious? What constitutes threatening?
Score: 8 Votes (Like | Disagree)

Good. It’s only a matter of time before they’re used for malicious reasons.

That can be said about a lot of technologies. Slippery slopes can get real slippery.
Score: 4 Votes (Like | Disagree)

velocityg4
And I was hoping when I saw the headline that they would be recommending outlawing the use of drone technology by any government agency over US territory.

Of course I knew that was a pipe dream.
Score: 4 Votes (Like | Disagree)

"Those who would give up essential Liberty, to purchase a little temporary Safety, deserve neither Liberty nor Safety."

"[...] for there is much truth in the Italian saying, Make yourselves sheep, and the wolves will eat you." 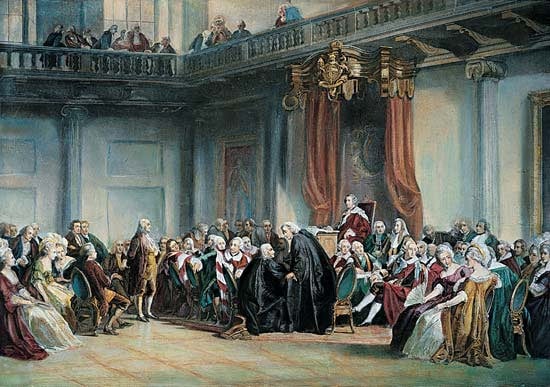 Good. It’s only a matter of time before they’re used for malicious reasons.

Already has.
Several times.
Bound to get worse.

Agree for the need, but careful implementation is in order, and scaled punitive laws.
[doublepost=1528321990][/doublepost]

I kinda find this amusing. Drones are potentially dangerous, but its ok to have loads of guns in the USA. Yes I know that there are safeguards before people can buy a weapon in the USA, but still...

Unlike a gun, a drone has the ability to move on its own, and can be hijacked (not easy, but not impossible).

Drones are also more likely to have a malfunction and fly into someone or something.
Score: 2 Votes (Like | Disagree)
Read All Comments