iPhone X was the world's most popular smartphone for the second consecutive quarter, according to research firm Strategy Analytics. 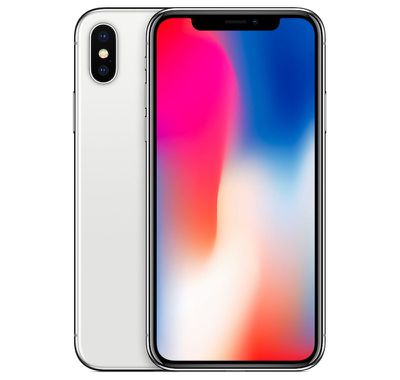 "For the second quarter running, the iPhone X remains the world's most popular smartphone model overall, due to a blend of good design, sophisticated camera, extensive apps, and widespread retail presence for the device," said Juha Winter, a senior analyst at Strategy Analytics.

Source: Strategy Analytics
The findings contradict a flurry of reports that variously referred to the iPhone X as a failure, disappointment, and flop. Multiple publications said the iPhone X did not live up to the hype due to poor or dull sales.

Much of the doom and gloom centered around Apple suppliers like AMS and TSMC warning about weaker smartphone demand. Apple CEO Tim Cook has dismissed those kind of reports in the past, noting that the company's supply chain is very complex, and that conclusions shouldn't be drawn from singular data points.

In reality, Apple accounted for the top four best-selling smartphones worldwide last quarter. iPhone 8 and iPhone 8 Plus were the second and third most popular, with an estimated 12.5 million and 8.3 million shipments respectively, while the iPhone 7 took fourth place with around 5.6 million shipments.

The research lines up with Cook's recent revelation that "customers chose iPhone X more than any other iPhone each week in the March quarter, just as they did following its launch in the December quarter." He added that the iPhone X is a "Super Bowl winner," even if "you want them to win with a few more points."

Apple on Tuesday reported that it sold 52.2 million iPhones last quarter, but it doesn't break out the sales on a model-by-model basis. However, the average selling price of an iPhone was $728 in the quarter, up from $655 in the year-ago quarter, suggesting the higher-priced iPhone X did sell relatively well.

iPhone X may not have lived up to the hype of some overblown Wall Street expectations, but in the end, the device was a key contributor to Apple's record-breaking revenue in the first half of its 2018 fiscal year.

There’s also a herd mentality of a certain group of people who think it’s “cooler” to hate the thing that is most popular, regardless of quality.

The satisfaction rate for the X is something never seen before ('https://www.macrumors.com/2018/04/23/iphone-x-siri-survey-creative-strategies/') with a stunning 85% of "very satisfied" answers, so I guess for once the best phone is the best selling one.
Score: 25 Votes (Like | Disagree)

Sure it does. People vote with their wallets after carefully considering the value proposition and looking at other alternatives. Especially for a premium-priced device. You might want to consider not projecting your personal views and feelings, and how you make purchase decisions, onto millions of others.

NoNothing
Queue the doubters and people calling Tim a fibber. Simple because of some no nothing talking analyst heads got it wrong.
Score: 15 Votes (Like | Disagree)

djcerla
Here's a hot serving of delicious crow for many, many MR forum members.

In related news, AAPL is hitting a new all time high today.
Score: 14 Votes (Like | Disagree)

The satisfaction rate for the X is something never seen before ('https://www.macrumors.com/2018/04/23/iphone-x-siri-survey-creative-strategies/') with a stunning 85% of "very satisfied" answers, so I guess for once the best phone is the best selling one.

Make a great product, it will sell millions. Who knew.


My X is my favorite iPhone ever
Score: 12 Votes (Like | Disagree)
Read All Comments