Citi today announced that its credit cards issued in Australia, Singapore, and Hong Kong can now be used with Apple Pay, followed by Taiwan later this year. 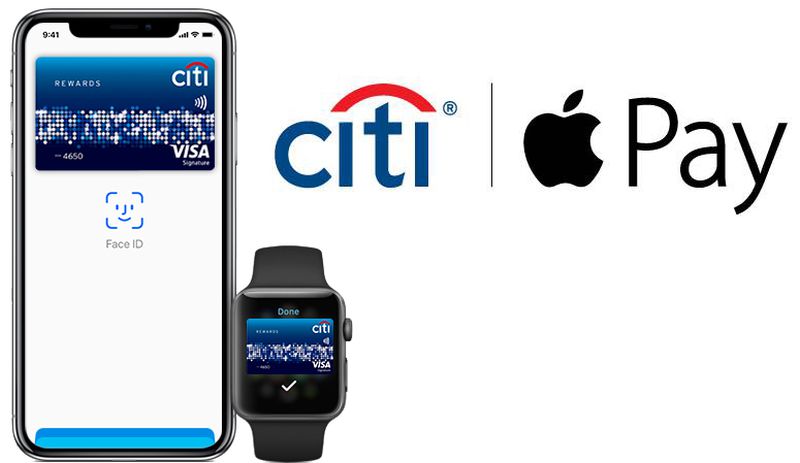 Citi cardholders can activate Apple Pay by opening the Wallet app, tapping the plus sign in the top-right corner, tapping the continue button, and positioning the credit card into the on-screen frame or entering the card details manually.

Apple Pay is accepted at thousands of locations with contactless payment systems in each country. A compatible iPhone, iPad, or Apple Watch is required.

Shirasaki
First ANZ, next Citi. Where are you? CommBank, NAB, and Westpac?
Rating: 4 Votes

martyjmclean
Apple Pay was the biggest reason I moved from CommBank to ANZ. Hopefully other banks get their head out of their arse and start supporting it.
Rating: 3 Votes

Where are you? CommBank, NAB, and Westpac?

First ANZ, next Citi. Where are you? CommBank, NAB, and Westpac?

Sadly CBA, NAB and Westpac (Which I moved from to ING) are still playing stupid with Apple so no change anytime soon (I hope I'm wrong.)
Rating: 1 Votes

haruhiko
Last year Citibank (except in the USA) slept with Samsung Pay and it's obvious why they could only launch Apple pay now.
Rating: 1 Votes

tmiw
Is it me or does Apple seem to be moving faster with signing up non-US banks?
Rating: 1 Votes
[ Read All Comments ]