Sonos One, Playbase, and Play:5 Will Support AirPlay 2 Functionality

When Sonos introduced the new Sonos One back in October, the company confirmed it would add AirPlay 2 support to Sonos speakers later in 2018.

At the time, Sonos did not specify which of its devices would support the new protocol, but Sonos has offered some clarification in the form of a new blog post that includes AirPlay 2 details.

According to Sonos, native AirPlay 2 support will be available on the Playbase, the newest version of the Play:5, and the Sonos One.

Older Sonos speakers will not support AirPlay 2 on their own due to processor limitations, but they can be paired with the Playbase, the Play:5, or the Sonos One to enable AirPlay 2 functionality. A Sonos Play:1 grouped with a Sonos One, for example, will support AirPlay 2.

The computing platforms and software architecture in some of the older Sonos players like Play:3 and Play:1 simply don’t have the horsepower to support AirPlay 2. The original Play:1, for example, has about 1/16th the processing power of its modern equivalent, the Sonos One. But by taking advantage of newer Sonos hardware, we’re able to make AirPlay 2 funtionality available throughout the house on speakers old and new.

Apple thus far has not released AirPlay 2, despite the fact that it was first introduced as a feature of iOS 11 back in June of 2017. AirPlay 2 functionality was initially included in iOS 11.3 and tvOS 11.3 betas, but it was pulled ahead of the release of those updates.

AirPlay 2 functionality is now included in iOS 11.4 and tvOS 11.4, but it is not yet clear if the features will be included in the final version of the software.

Not entirely not for those of us that wish to keep their existing Play:1's and NOT have to spend more for a 'AI connected' device just to get AirPlay 2 support. Ive already paid $400CAN for a limited edition super all black Play:1 (gril and everything, not the silver+black).

I'll be selling mine next week and will use headphones until something better comes along.

EDIT: B&O Beoplay M5 will support AirPlay 2 ... proper communication from the get go unlike Sonos. Plus better sound quality, no snooping! Just the way I like it!
Official: https://www.google.com/url?sa=t&rct=j&q=&esrc=s&source=web&cd=1&ved=0ahUKEwjhh8WszdbaAhUGEawKHcdsB3QQFggnMAA&url=https://www.bang-olufsen.com/~/mediaV3/Files/press-releases/bang-olufsen/airplay-2/bang-olufsen-airplay-2.pdf&usg=AOvVaw0WLSv1sp1LQ_ODpaf-TQTC ('https://www.google.com/url?sa=t&rct=j&q=&esrc=s&source=web&cd=1&ved=0ahUKEwjhh8WszdbaAhUGEawKHcdsB3QQFggnMAA&url=https%3A%2F%2Fwww.bang-olufsen.com%2F~%2FmediaV3%2FFiles%2Fpress-releases%2Fbang-olufsen%2Fairplay-2%2Fbang-olufsen-airplay-2.pdf&usg=AOvVaw0WLSv1sp1LQ_ODpaf-TQTC')

Sell it and just get a One, it will look and sound the same and if you don't want to use the voice assistant stuff just turn off the mic. If you have a limited edition Play:1 I'm sure you can sell it for more than what a new One will cost.
Score: 7 Votes (Like | Disagree)

What????? That's the final straw. I'm moving to Bluesound. 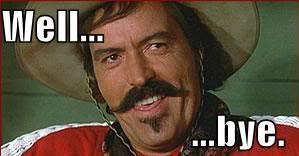 Because AirPlay 2 is software based, not hardware. The only reason Sonos is going this route is to attempt to sell new devices. Unfortunately they are taking a chance of alienating all of their existing customers.
Score: 3 Votes (Like | Disagree)

Sell it and just get a One, it will look and sound the same and if you don't want to use the voice assistant stuff just turn off the mic. If you have a limited edition Play:1 I'm sure you can sell it for more than what a new One will cost.

To be fair, it's looking like the AirPort Express, a 6-year-old device may get AP2 support. Though, @hank moody did bring up a good point. Why the need for AP2 if you only have one speaker?
Score: 3 Votes (Like | Disagree)

Guess I kind of figured the Playbar was going to be covered. I'll have to scratch that from the buying list but I do like the Play 5 2nd Gen. That's still in the hunt.

Most of the audio vendors should be able to update their apps with MusicKit so that I can stream my AM encrypted music. It's all coming together.

Ah, got it, thanks. I haven’t heard of MusicKit, but it sounds like what I had in mind. Hope we’ll see some widespread adoption soon.

Play 5 is great but definitely try Bluesound if you aren’t locked into Sonos already. For audio quality, it delivers.
Score: 2 Votes (Like | Disagree)