New iPhone SE Could Launch in May With Touch ID and A10 Fusion, Without 3.5mm Headphone Jack

Apple will release an updated iPhone SE in May, according to case makers who spoke with Japanese website Mac Otakara at the Global Sources Mobile Electronics trade show in Hong Kong this week. 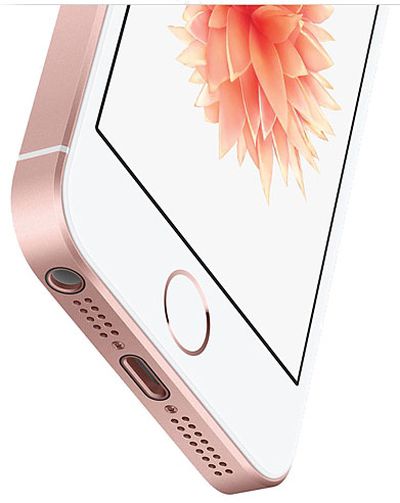 The case makers said the second-generation model will retain the same physical size as the current iPhone SE, and Touch ID is expected to remain, suggesting the device will continue to have a four-inch display sandwiched between top and bottom bezels for the home button, camera, and earpiece.

Following in the footsteps of the iPhone 7 and beyond, the case makers do not expect the new iPhone SE to have a 3.5mm headphone jack. If accurate, and with the iPhone 6s and iPhone 6s Plus likely to be discontinued in September, Apple would no longer sell any iPhone model with a headphone jack.

Also like the iPhone 7 and iPhone 7 Plus, the new iPhone SE will supposedly be powered by Apple's last-generation A10 Fusion chip, up to 40 percent faster than the A9 processor in the current iPhone SE. The chip will likely enable support for the HEIF image format and HEVC video compression standard.

The report speculates that the new iPhone SE may have a glass back with wireless charging capabilities, like the iPhone 8, iPhone 8 Plus, and iPhone X, but evidence is said to be inconclusive at this time.

It's unclear how and where the case makers obtained this information, but they are likely compelled to dig up details from the supply chain in order to be first to the market with properly fitting cases and accessories.

Earlier this week, Apple filed several unreleased iPhone models with the Eurasian Economic Commission, as legally required, and this action has often foreshadowed product launches. Apple submitted a new tablet to the database in February, for example, and the new 9.7-inch iPad debuted in March.

If history repeats itself, the regulatory filings in April do lend credence to a new iPhone SE debuting next month. DigiTimes also predicted May or June. Apple has only debuted new products in May twice in the past five years, including the fifth-generation iPod touch in 2013 and a refreshed 15-inch MacBook Pro in 2015.

WWDC 2018 in June could also provide Apple with stage time to introduce the new iPhone SE, but that hasn't happened since the iPhone 4 in 2010. A press release in May could be more fitting if the update is insignificant.

iPhone SE rumors have been all over the map in recent months. A sketchy report from Chinese website QQ.com, for example, claimed the second-generation model will have a larger 4.2-inch display, Touch ID, A10 Fusion chip, 2GB of RAM, and metal back and frame, available with 32GB or 128GB of storage.

Apple is likely most focused on making under-the-hood improvements to the iPhone SE, as the device is now outdated by a few years. At its $349 price point, its new design is unlikely to resemble the iPhone X.

KGI Securities analyst Ming-Chi Kuo, who relays information from Apple's supply chain in Asia, recently cast some doubt on rumors about a second-generation iPhone SE launching in the second quarter of 2018.

If there really is a so-called iPhone SE 2 on Apple's roadmap, Kuo expects it will have few outward-facing changes. He predicts the device would likely have a faster processor and a lower price, rather than iPhone X-like features like a nearly full screen design, 3D sensing for Face ID, or wireless charging.

The current iPhone SE looks much like the iPhone 5s, including its smaller four-inch display preferred by a subset of customers. The device is powered by Apple's A9 chip, like the iPhone 6s and iPhone 6s Plus, and it has 2GB of RAM, a 12-megapixel rear camera, a 3.5mm headphone jack, and Touch ID.

Apple hasn't fully refreshed the iPhone SE since it launched in March 2016, but it did double its available storage capacities to 64GB and 128GB in March 2017. It also dropped the device's starting price to $349 last September.

dannyyankou
If Apple believes in a wireless future, they have to include a pair of wireless headphones at some point.
Score: 50 Votes (Like | Disagree)

If only Cooks extensive communication abilities would matche his immaculate anbitions

The spellchecker on your Android device isn't working.
Score: 46 Votes (Like | Disagree)

At least? The A11 is the newest processor out right now. It won't have an A11 chip.

The original SE got the most up to date chip. iPhone 6s had the A9, the SE got the A9 six months later.
Score: 43 Votes (Like | Disagree)

The spellchecker on your Android device isn't working.

fiddysent
because a dongle is sooooooooo high tech
Score: 34 Votes (Like | Disagree)