Apple is in preliminary talks with Taiwan-based company PlayNitride over cooperation in the MicroLED market, according to DigiTimes via Micro-LED-Info. 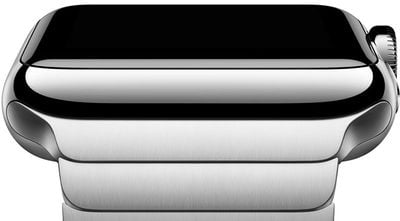 While the report doesn't provide any further details about the potential partnership, PlayNitride has developed its own MicroLED displays called PixeLED that may be of interest to Apple for its future products. Samsung was also reportedly interested in the company back in early 2017, but no deal transpired.

PlayNitride is said to have received approval from the Taiwanese government to establish a multimillion-dollar facility at Hsinchu Science Park in northern Taiwan, where it will produce its MicroLED technologies.

Apple's interest in MicroLED displays was first reported in 2015, when it was discovered that the company opened a secretive laboratory in Taoyuan, Taiwan to research the display technology. Since then, Apple has reportedly downsized its team in Taiwan and shifted the efforts closer to its headquarters.

Last month, Bloomberg News reported that Apple has a secret facility in Santa Clara, California, near Cupertino, where it is allegedly designing and producing test samples of its own MicroLED displays. The displays are reportedly being manufactured by TSMC, which already produces A-series chips for iPhones.

MicroLED is widely considered to be Apple's next step after OLED, which it currently uses for the Apple Watch and iPhone X.

Image Credit: TrendForce
MicroLED displays have many of the same advantages as OLED displays have over LCDs, including improved color accuracy, improved contrast ratio, faster response times, and true blacks given both have self-lit pixels, but they are even thinner, much brighter, and more energy efficient than OLED panels.

Apple's use of MicroLED would likely start small, with the Apple Watch, followed by iPhones and then iPads. A recent report said Apple may even use MicroLED for its widely rumored augmented reality glasses. However, the transition away from LCDs and OLEDs is widely believed to be at least a few years away.

Baymowe335
This technology is the future of displays and it looks like Apple could lead.
Score: 15 Votes (Like | Disagree)

Apple are not leading - this is Playnitride's technology .... not Apples's

Apple will be the leader in implementation of these displays. It will be like their lead in 3D sensing.

A thinner watch is probably good, but the phone seems thin enough.

What would help is longer battery life!

I wouldn't mind if my iPhone X was a little thinner and lighter.

Heck, it's even thicker than my iPhone 5s which is four years older.

Since iPhone 6, iPhones have been getting thicker with new every generation except iPhone 7.

So I really don't see where people are getting that impression that iPhones were becoming ever thinner...
Score: 6 Votes (Like | Disagree)

DNichter
Great to hear this is moving forward. Is it too much of a stretch to expect for the next Apple Watch?
Score: 6 Votes (Like | Disagree)

Paesano
Apple is better off making their own displays. Quality from display manufacturing companies has been awful these years... It's just a numbers game for them now.
Score: 6 Votes (Like | Disagree)

but if there was ever an Apple device that I think needs to be thinner, the Apple Watch would be it.

I don't get this. Guys from what I have seen are obsessed with bulky watches. Not sure why this should be different.
By the way I agree with you and I want thinner Apple Watch. Is just that most guys I have seen use masive watches.
Score: 4 Votes (Like | Disagree)
Read All Comments

Wednesday January 19, 2022 11:30 am PST by Juli Clover
It's now been a few months since the M1 Pro and M1 Max MacBook Pro models launched in October, and MacRumors video editor Dan Barbera has been using one of the new machines since they debuted. Over on the MacRumors YouTube channel, Dan has shared a three month review of his MacBook Pro to see how it has held up over time and how it's changed his workflow. Subscribe to the MacRumors YouTube ...
Read Full Article • 170 comments

Tuesday January 18, 2022 4:15 am PST by Tim Hardwick
Microsoft has released a new version of its Office for Mac productivity suite that includes an updated Excel app with 100% native support for Apple silicon machines. According to the release notes accompanying version 16.57, Excel will now run natively on Macs powered by Apple's M1-series processors without having to use the Rosetta 2 translation layer, which means anyone using a Mac with an ...
Read Full Article • 85 comments