macOS 10.13.4, released to the public yesterday afternoon, introduces official support for eGPUs (external graphics processors) on Thunderbolt 3 Macs. Alongside the release, Apple has published a detailed support document that outlines how eGPU support works and provides graphic card and chassis recommendations for use with your Mac.

One or more eGPUs can be used with the 2016 MacBook Pro and later, the 2017 iMac and later, and the iMac Pro, so long as macOS High Sierra 10.13.4 is installed. Apple has added eGPU support for graphic-intensive operations like using VR headsets, 3D gaming, and developing VR apps. 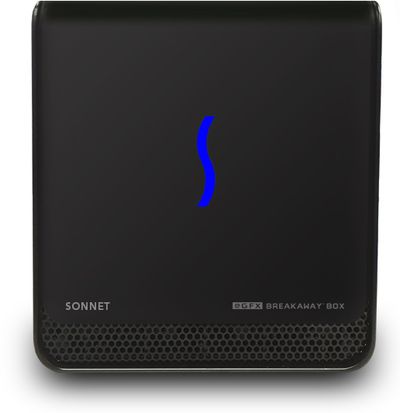 It’s also worth noting that Apple has eliminated support for some cards that were supported during the beta, such as the AMD RX 560.

For the MacBook Pro, eGPUs and accompanying TB3 chassis must be able to provide sufficient power to run the graphics card while also charging the computer. In the case of the 15-inch model, that means the chassis needs to support at least 85W of charging power.

Apple says eGPU support has been designed to accelerate Metal, OpenGL, and OpenCL apps that benefit from more graphics power, and not all apps will support eGPU acceleration. Apple says eGPUs will work with most of the following types of apps:

Multiple eGPUs can be used together, but Apple recommends users connect eGPUs directly to the Mac instead of daisy-chaining them through another Thunderbolt device or hub.

macOS High Sierra 10.13.4 does not support eGPUs in Windows using Boot Camp, when the Mac is in macOS Recovery, or when system updates are being installed.

bladerunner2000
WHY are Nvidia GPUs not supported???
Score: 23 Votes (Like | Disagree)

Cougarcat
No nVidia support means I’m not holding my breath for nVidia options in the new Mac Pro.
Score: 20 Votes (Like | Disagree)

ActionableMango
"Not supported" and "not compatible" are completely different things.

Most common Nvidia cards are compatible with Mac, they just aren't supported by Apple. You have to download the drivers from Nvidia. Nvidia continues to provide MacOS display drivers and MacOS CUDA drivers for their cards.

There are many people using "not supported" 980, 1080, Titans, etc. just fine...either internally (PCIe Mac Pro) or externally in a Thunderbolt enclosure.

There are a couple of cards that have poor compatibility, so do your research first.
Score: 16 Votes (Like | Disagree)

Lestdog
I don't get it. What is it with Apples bias towards AMD? Nvidia kills AMD in GPU rendering and 3D partical simulations. Cinema4D integrated pro render and frankly it just sucks.

Does anyone know if having a eGPU gives any performance benefits to a brand new 5K iMac? I mean does the eGPU power the iMac screen at all?

Only Metal and OpenCL. OpenGL only is dev support it. eGPU is more for future Mac Pro, Mac mini and nowadays MacBook Pro. Anyway you can still use an external display with iMac and use 100% eGPU power.
[doublepost=1522437724][/doublepost]

Not true at all. Vega destroy 1080 ti even with the old beta bugged and slow drivers
http://barefeats.com/early_vega.html
Anyway Nvidia drivers for macOS are terrible and especially not stable
Score: 7 Votes (Like | Disagree)
Read All Comments