Apple's revamped iBooks app on iOS 12 will likely feature a "Today" tab that promotes books, authors, and related content on a daily basis.

That's according to Japanese blog Mac Otakara, which reports that Apple appears to be headhunting employees from publications to build out an editorial team that would curate the content to appear in the Today tab of iBooks. Apple has posted a series of iBooks editor job listings on LinkedIn in recent months.

The rumor makes sense given Apple plans to redesign the iBooks app with a similar layout as the App Store on iOS 11, according to Bloomberg's Mark Gurman. The new App Store features a Today section of its own that highlights apps, games, developers, sales, and other app-related content on a daily basis.

iBooks currently has five tabs: My Books, Featured, Top Charts, Search, and Purchased. Once the app is redesigned, it's reasonable to assume the tabs could become something like Today, Reading, Books, Audio, and Search.

Apple renamed the iBooks app to Books in the first iOS 11.3 beta, but the name was reverted to iBooks in the fourth beta and remains that way. Perhaps we'll see the simpler Books name return when iOS 12 is released. The software update should be previewed and enter beta testing at WWDC 2018 in early June.

Superhappytree
Will they also make it as awful as the App Store?
Score: 5 Votes (Like | Disagree)

Don't you dare get my hopes up, lol.

I'm not asking for iOS6 again, I just want the iBooks app to feel like I'm looking at a book again. Those little flourishes were what actually made me get my OG iPad.

Do you have a that snapshot image of the skeumorphic design you can share? 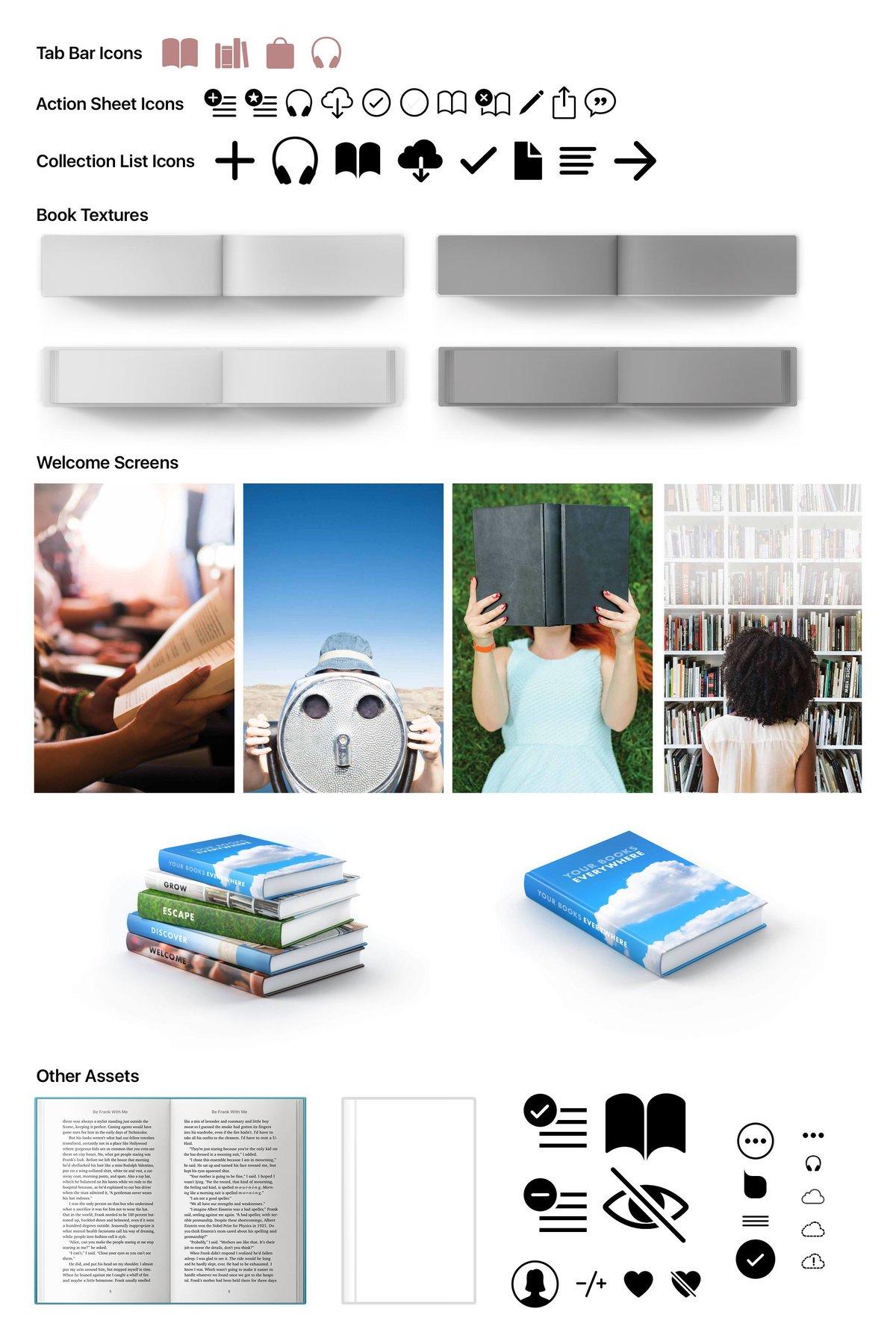 Those are some of the new assets that could be found in the early iOS 11.3 beta IPSWs (before Apple reverted the iBooks/Books app to its pre-iOS 11.3 state in beta 4). The book design is reminiscent of iOS 6, but much flatter with very little texturing. Apart from that, the design language is very similar to the Music, Podcasts, App Store and TV apps, with things like 3D Touch action menus coming to the Books app. Some icons are used for a new "Want to Read" feature (which could probably be something like a wish list). There are also some "Add to Library" icons, that, along with the new welcome screens, could possibly mean that there will be an Apple Books subscription service. And the Love/Dislike controls from Apple Music were also present, hinting at some kind of recommendation feature.
Score: 4 Votes (Like | Disagree)

silvetti
Probably will be US only at launch with more countries to follow (with no update for the next 3 years).
Score: 4 Votes (Like | Disagree)

akodakmoment
What a joke that to add a section to an app, you have to release an entire OS update.
Score: 3 Votes (Like | Disagree)

Probably will be US only at launch with more countries to follow (with no update for the next 3 years).

You can ask me in 5 years time whether the App Store editorial got to Poland.
Score: 2 Votes (Like | Disagree)
Read All Comments