- Xiaomi plans to enter U.S. market within a year: "We've always been considering entering the U.S. market," Xiaomi Chairman Lei Jun said at the sidelines of China's annual legislative session in Beijing, according to the WSJ. "We plan to start entering the market by end 2018, or by early 2019." 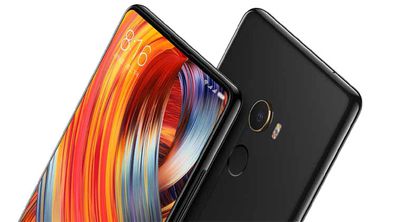 Commentary: Xiaomi was the world's fifth-largest smartphone maker in 2017, with an estimated 92.4 million shipments, according to research firm IDC. To be successful in the United States, where Apple and Samsung reign supreme, the Chinese company will need a sales agreement with a big carrier like AT&T.

- Ritual launches Apple Pay promotion: Today through March 16, any customer who orders with the Ritual app and pays with Apple Pay will have access to exclusive daily deals at 1,300 restaurants in New York, Los Angeles, San Francisco, Washington D.C., Boston, and Toronto.

Commentary: Ritual is a mobile app for ordering and paying ahead of time at participating restaurants and coffee shops, enabling customers to skip the line and pick up their food instantly upon arrival.

- iPhone X supplier Finisar gives tour of its Texas facility: "We are trying to make this the VCSEL capital of the world," said Finisar Vice President Curt Barratt, referring to the small town of Sherman, Texas.

Commentary: VCSELs, or vertical-cavity surface-emitting lasers, are part of the TrueDepth camera system that enables Face ID on the iPhone X. In December, Apple announced it had awarded Finisar $390 million to expand its research and development and production capacity.

Commentary: Many people have accidentally walked into a door or two at some point. Hopefully the employees are okay. Apple is reportedly adding stickers to the glass doors to make them more visible.

usarioclave
The removal of skeumorphism from reality has significant costs.
Score: 13 Votes (Like | Disagree)

I'm sure it's not funny to the people who walked into them but I'm laughing a bit that multiple Apple employees have collided with glass doors.

Maybe this is why Apple is starting the AppleCare for employees.
Score: 9 Votes (Like | Disagree)

subjonas
The custodians at Apple have a lot of “Face IDs” all over the windows to clean now. Those windows probably need notches.
Score: 8 Votes (Like | Disagree)

thisisnotmyname
I'm sure it's not funny to the people who walked into them but I'm laughing a bit that multiple Apple employees have collided with glass doors.
Score: 7 Votes (Like | Disagree)

D.T.
I'd say Samsung has more to worry about than Apple if Xiaomi enters the US market. I think the potential market for iOS to Android conversion will be way less (with their presence) vs. Android buyers looking for alternatives to Samsung (and/or LG, Google, etc.)
Score: 5 Votes (Like | Disagree)

Supacon
That Xiaomi phone doesn't even have a notch. Ugh, that looks so 2016.
Score: 3 Votes (Like | Disagree)
Read All Comments

Sunday September 25, 2022 6:50 am PDT by Sami Fathi
Apple may decide to release its remaining products for 2022, which include updated iPad Pro, Mac mini, and 14-inch and 16-inch MacBook Pro models, through press releases on its website rather than a digital event, according to Bloomberg's Mark Gurman. In his latest Power On newsletter, Gurman said that Apple is currently "likely to release its remaining 2022 products via press releases,...
Read Full Article • 164 comments