Friday February 23, 2018 1:44 am PST by Tim Hardwick
Apple will begin selling its AirPower wireless charging mat next month, according to Japanese website Mac Otakara. The publication has spoken to "reliable sources" who have apparently confirmed a claim made earlier in February by The Apple Post that the wireless accessory will go on sale in Apple retail stores sometime in March, although the specific date still remains unclear. 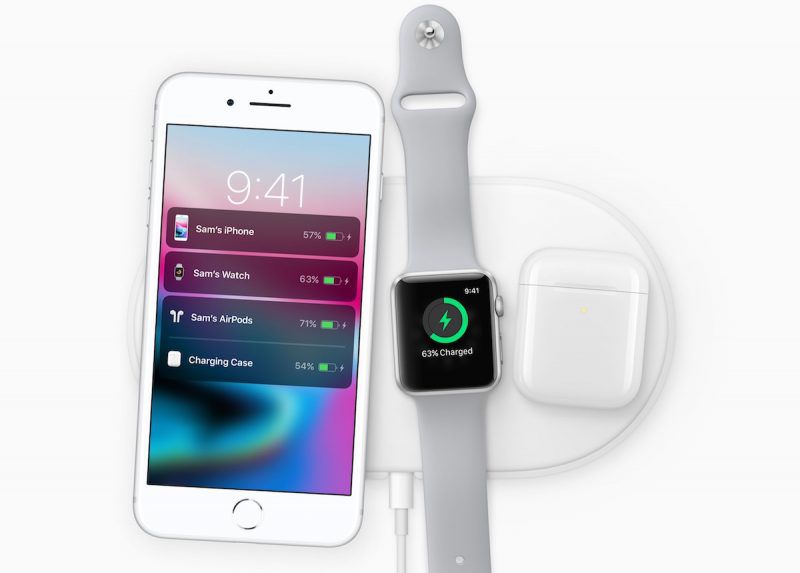 Announced by Apple in September, AirPower is an oval-shaped white charging mat featuring Qi-compatible networking technology that will allow it to charge multiple devices at once. Along with an iPhone 8, iPhone 8 Plus, or iPhone X, and the Apple Watch Series 3, the AirPower charges AirPods thanks to a new wireless charging AirPods case that's also set to be released sometime soon.

According to the original rumor, Apple intends to make the AirPower mat available to purchase concurrently at Best Buy and other Authorized Apple Resellers alongside its own retail stores. The Apple Post also claimed that in addition, Apple retail stores will stock the updated AirPods wireless charging case on the same day, although Mac Otakara's own sources make no mention of this.

Mac Otakara has connections to the Asian supply chain and Asian accessory manufacturers, making it a typically trusted source for Apple product rumors. That said, the publication does not have a perfect record and has shared inaccurate info on occasion, so it's best not to take the latest report as fact until backed up by other sources.

Right now our best guess is that Apple's AirPower wireless charging mat will cost around $199 in the United States, based on a price listing for the accessory that appeared on a Polish website in November.

Relentless Power
I just can’t justify the likely price point for the AirPower around $200, unless you have all three devices with the wireless charging AirPod battery case, Series 3 Apple Watch and iPhone X/8, then perhaps. I would imagine the price point will start somewhere around the $200 mark.

However if somebody just had an iPhone 8 or X, then there are other suitable wireless charging docks on the market for a cheaper price point.
Rating: 23 Votes

VSG
They can keep AirPower, since it will most likely be a lot more expensive than all the other chargers out there.

But for crying out loud, give us the wireless charging case for the AirPods!
I‘m still holding out on buying them because of this. The „Hey Siri“-update isn’t as important to me, but having switched to wireless charging with my iPhone, I just don’t see the point in getting wired-charging wireless headphones.
Rating: 14 Votes

Garsun
If only it would work with Apple Watch series 1 and 2 we would get two. Now I guess we will wait till we get new watches in a couple years.:(
Rating: 12 Votes

Relentless Power
Something else, Apple should have had the AirPower ready for release along with the AirPod wireless charging battery case before the holidays. That would have been a huge accessory as a selling point for those who are considering to upgrade for those products and could take advantage of the Airpower.

It just seems scattered with the Series 3 Apple Watch and iPhone X/8 already being released, then having the AirPod wireless charging battery case and AirPower being an entirely separate release.
Rating: 8 Votes

kemperman
Genuinely don’t think this is going to cost more than $100, but I await correction upon release. There’s no other chargers costing even close to $199 at the moment. Ikea has one that does 3 devices for £60 in th UK so I can’t see it being that much more
Rating: 8 Votes

twistedpixel8
$200 for something that looks like an afterthought? Not a chance. Maybe if it resembled the slick designs of Apple’s mainstream products but not while it looks like a mini hot water bottle...
Rating: 7 Votes

Not that I’m doubting you, but what makes you so sure about a Series 4 for this year?

Apple needs to sell the watch on a big announcement. I think Health is the next big thing.
Heart rate, temperature, blood sugar all in one package.
This would be a very nice advancement to the watch
Rating: 6 Votes

Sounds like a March event to me :D
Rating: 4 Votes

pete2106
I'll just wait a month for someone to release a mat that looks identical and does the exact same thing for $20 on Amazon.
Rating: 4 Votes

Apple needs to sell the watch on a big announcement. I think Health is the next big thing.
Heart rate, temperature, blood sugar all in one package.
This would be a very nice advancement to the watch


I would like to see more health features such as blood pressure, sleep tracking and so on i think that would be great.
Rating: 3 Votes