For the foreseeable future, Apple and Apple Authorized Service Providers will offer some customers who own a 16GB iPhone 5c that's in need of replacement a 32GB model instead. 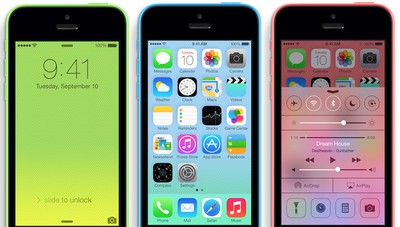 "Orders for whole unit service inventory of iPhone 5c (16GB) models may be substituted to iPhone 5c (32GB) models until further notice," reads the note that was sent out today.

Not all 16GB iPhone 5c replacements will be upgraded to 32GB devices instead, but some customers who take their iPhone 5c models in for repair for a manufacturing issue or other problem may see an upgrade to the larger capacity 32GB model.

Apple did not offer a reason why some 16GB iPhone 5c models are being replaced with 32GB models, but it's often due to available supply at any given time.

The iPhone 5c was first introduced alongside the iPhone 5s in September of 2013, and it's the only 4-inch iPhone that Apple has introduced with a colorful plastic exterior.

We hardly ever hear about the 5c..
I’d forgotten it even existed.

It's for the better. It should have never existed.
Score: 12 Votes (Like | Disagree)

My wife and I have iPhone 5c units, and they work well for what we ask of them. My kids screwed mine up, and I had, with gritted teeth to upgrade iOS 10 in order to reset it. I would like to take it back to iOS 9 and let it be the zippy phone I had last year.

I don't need big speedy screens on a phone, and it has my beloved headphone jack that mates well with the Harmon Karden noise cancelling headphones I have. Still in my original OtterBox.

I use it as a phone, occasionally use Apple Maps to tell me where to aim my car, and it works nicely as a hotspot. That's all I want it to do. If I need more screen, I have an iPad or my MacBook Pro.

We hardly ever hear about the 5c..
I’d forgotten it even existed.

How can you forget! It was "unapologetically" plastic. :D
Score: 6 Votes (Like | Disagree)

BMcCoy
We hardly ever hear about the 5c..
I’d forgotten it even existed.
Score: 4 Votes (Like | Disagree)

mtneer
Why would Apple be replacing any 5c's in early 2018? Are there any models still covered by AC+? Or are these out-of-warranty replacements.
Score: 4 Votes (Like | Disagree)
Read All Comments