iPhone suppliers are said to be preparing for low orders from Apple in the first quarter of 2018 because of a combination of seasonal factors and anxiety over reports of slower-than-expected sales of Apple's latest smartphone line-up.

According to DigiTimes' sources in the supply chain, several component suppliers are bracing themselves for low order visibility for the full range of iPhone 8, iPhone 8 Plus, and iPhone X models. 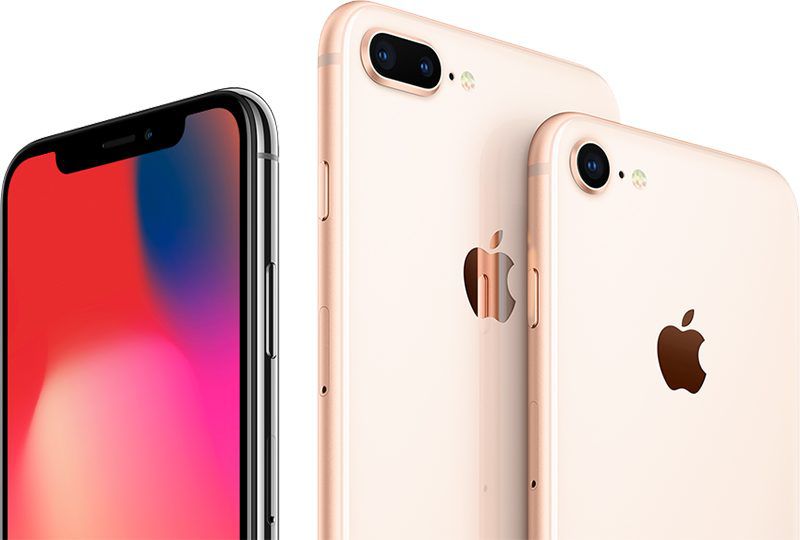 Component orders for iPhone devices will come 15-30% less than expected for the first quarter due mostly to seasonal factors, but some sources argued that the slower-than-expected sales of iPhone 8 and iPhone 8 Plus have dragged down the momentum for the iPhone X.

The report highlights signs of declining order visibility for Apple's flagship phones that appeared as early as the fourth quarter of 2017, which is said to have led some suppliers to plan for temporary halts in production during the month of February.

Another influencing factor on the decision is the weeklong Lunar New Year holidays, which significantly reduce capacity utilization rates, according to the same sources.

Several upstream suppliers are reportedly cognizant of the need to control their inventory levels to offset the possible impact of low orders, including those for memory chips, camera modules, 3D sensing modules, PCBs and IC backend service firms.

Reports remain conflicted about actual iPhone X sales since the smartphone was launched in September. Recent OS data from Kantar Worldpanel indicated "stellar" performance of the iPhone X in multiple markets around the world during November, amid an overall "mixed performance" for iOS devices from September to November 2017.

However, in December 2017, sources in the semiconductor packaging and testing service industry claimed that pre-orders for the iPhone X were not as strong as expected in some markets. Numerous reports in recent weeks have weighed in on the topic of sales, with many analysts predicting weakened demand in Q1 2018 now that early adopters have received their iPhone X.

paross
Should we be surprised that a phone priced like a laptop isn't selling as well as they hoped?

This is your market cap Apple.
Rating: 17 Votes

redgreenski
iPhone 8 has nothing to offer me over 7 and iPhone X has a notch. I will wait till next year.
[doublepost=1516192832][/doublepost]

That is not true. People don’t want notch in iPhone 10.
Rating: 12 Votes

syndalis
Truth is, we see articles talking about slumphing sales all the time, only to announce “best quarter ever” in the actual report.

Nobody knows except Apple.
Rating: 10 Votes

magicschoolbus
Phone looks the same as it did when the 6 came out; and the x is as expensive as a used car.

No thanks.
Rating: 6 Votes

jarred125
I wasn't a fan of Face ID and narrow design of the 10 after awhile. I had switched to a Pixel 2 XL but became fed up with constantly having to troubleshoot basic problems on it. I had given my 7+ to a friend so I went with the 8+. It's still a great phone bezels and all. The 10 just didn't do it for me crazy enough.
Rating: 6 Votes

At some point, isn’t it inevitable that we’ll see more market saturation and longer upgrade cycles...?

That's already happening right now. This is why Apple introduced the iPad Pro and iPhone X. They're trying to make bigger profits off of fewer buyers. People are realizing these device just aren't getting that much better year to year anymore. The devices that have launched in the past couple years are very good. It's hard to make them that much better.
Rating: 6 Votes

No one wants a four-year-old giant bezel design? Shocking


Says who? Digitimes?. The iPhone 8 given its current design and form factor, doesn't make it any less of a popular device because it's four years old. It's still retains touch ID, has almost the same exact internals as the iPhone X, wireless charging, etc. And it's still $200.00 cheaper than the X. This is not an exactly the most popular time of the year for an iPhone to have its highest peak in sales either.
Rating: 6 Votes
[ Read All Comments ]