Apple and HBO are embroiled in a bidding war for a new sci-fi drama television series penned by J.J. Abrams, reports Variety.

Little is known about the series at this time, but it's said to deal with a "world's battle against a monstrous, oppressive force," and it marks the first television series Abrams has written since "Fringe" in 2008. 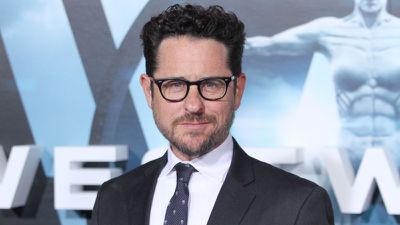 Most recently, Abrams wrote "Star Wars: The Force Awakens" and he is working on the upcoming and as of yet untitled "Star Wars: Episode IX." In the past, Abrams has worked on shows that include "Lost," "Felicity," and "Alias."

Abrams would serve as executive producer on the sci-fi series, alongside Ben Stephenson, head of TV for Abrams' Bad Robot Productions. The series would be produced by Warner Bros. Television, and while Variety says Apple and HBO are the top bidders at this time, the studio is open to other bidders.

Apple already has two other sci-fi shows in the works, including a revival of 1985 Steven Spielberg sci-fi series "Amazing Stories" and an untitled space drama developed by Ronald D. Moore, known for "Battlestar Galactica."

Update 2/1: HBO ended up winning the bidding war for a new sci-fi drama from J.J. Abrams, according to The Hollywood Reporter.

The upcoming show is called "Demimonde," and it is about a family (a mother who is a scientist, her husband, and her daughter) who get into a car crash. The mother winds up in a coma, leading the daughter to begin digging through her experiments in the basement. The daughter is transported to another world where she must battle against a monstrous, oppressive force. HBO describes the series as "an epic and intimate sci-fi fantasy drama."

Naraxus
Lovely. Bid for a guy who was handed the Star Trek and Star Wars franchises and managed to flush them both down the toilet. Pass.
Score: 19 Votes (Like | Disagree)

Did you not watch The Force Awakens or the Star Trek movies he did?

He made no Star Trek movies. He made action blockbusters set in space which happened to have Star Trek branding.
Score: 18 Votes (Like | Disagree)

J.J. Abrams does what Apples does best, rehash things and make them better.

Did you not watch The Force Awakens or the Star Trek movies he did?
Score: 10 Votes (Like | Disagree)

J.J. Abrams is terrible, and is emblematic of all the SJW virtue signalling, political correctness and Cultural Marxism that runs through Hollywood these days. I guess Tim Cook is into that stuff. I would love a new high quality and intelligent sci-fi show, but with Abrams at the helm? No thanks.

I wouldn't even consider that one of Abrams' sins, are you kidding? This is the same guy who included the "Dr. Marcus in underwear" scene. I have never observed over-political-correctness in his films.

Rather, I've observed lazy filmwriting. He does the same things in all of his movies- constant action, little character development, and throwing all of the established universe's rules to the wind. (For example, in Star Wars, you can hyperspace in an atmosphere or from a hanger without calculations suddenly, and in Star Trek, you can get from Earth to the Klingon Homeworld in five minutes instead of weeks?)


J.J. Abrams is the epitome of taking existing scifi franchises and "Hollywood action-ifying" them in a manner that removes substance and makes them generic. I can't stand him. "Political correctness" doesn't even register on my complaint list. Can you name me what 'politically correct' things he's done?
[doublepost=1516147462][/doublepost]

Ugh. Force Awakens was terrible.
Surprised he is still getting work after that.

I constantly complained that his Star Trek movies didn't feel like Star Trek, but more like Star Wars.

Then he made The Force Awakens, and I realized I was being too generous.

Also- he made a lot of the same mistakes, like crazy stretches with faster-than-light drives that violated in-universe rules, or making up cheap outs, and very generic villains with hardly any development.
Score: 9 Votes (Like | Disagree)

Mac32
J.J. Abrams is terrible, and is emblematic of all the SJW virtue signalling, political correctness and Cultural Marxism that runs through Hollywood these days. I guess Tim Cook is into that stuff. I would love a new high quality and intelligent sci-fi show, but with Abrams at the helm? No thanks.
Score: 7 Votes (Like | Disagree)
Read All Comments