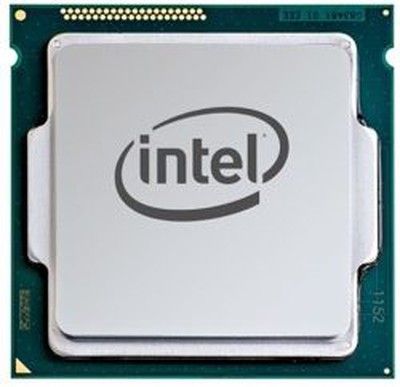 Intel today announced that the firmware updates and software patches that are being released for its CPUs render Intel-based computer systems "immune" to both the Spectre and Meltdown exploits that were widely publicized this week.

Intel has developed and is rapidly issuing updates for all types of Intel-based computer systems -- including personal computers and servers -- that render those systems immune from both exploits (referred to as "Spectre" and "Meltdown") reported by Google Project Zero. Intel and its partners have made significant progress in deploying updates as both software patches and firmware updates.

For Mac users, Apple has already addressed some of the vulnerabilities in the macOS High Sierra 10.13.2 update, and further updates will come in macOS High Sierra 10.13.3. To make sure you're protected as a Mac user, install all of the latest operating system updates and firmware patches. As always, it's also worth avoiding suspicious programs, websites, and links.

Intel today also reiterated that the updates that are being released for Mac, PC, and Linux machines should not significantly impact day to day usage and should, for the most part, be unnoticeable. That seems to be true of the macOS High Sierra 10.13.2 update, as there have been no reports of slowdowns from Mac users.

Intel continues to believe that the performance impact of these updates is highly workload-dependent and, for the average computer user, should not be significant and will be mitigated over time. While on some discrete workloads the performance impact from the software updates may initially be higher, additional post-deployment identification, testing and improvement of the software updates should mitigate that impact.

While hints of an Intel CPU design flaw and security vulnerability surfaced on Tuesday, it wasn't until Wednesday that full details were shared on the Meltdown and Spectre exploits, which take advantage of the speculative execution mechanism of a CPU.

Meltdown impacts Intel CPUs, allowing a malicious program to access data from the memory of running apps, providing passwords, emails, documents, photos, and more. Meltdown can be exploited to read the entire physical memory of a target machine, and it can be done through something as simple as a website. The vulnerability is particularly problematic for cloud-based services.

Spectre, which breaks the isolation between different applications, is a wider hardware-based problem impacting all modern Intel, ARM, and AMD processors. Spectre is harder to exploit than Meltdown, but it is also harder to mitigate.

While patches are going out that appear to prevent the current known Meltdown and Spectre exploits, these speculative execution vulnerabilities will continue to be a problem for years to come, according to security researchers. Similar vulnerabilities will surface, and while performance impacts from software-based workarounds are minor, they're still present.

Paul Kocher, one of the security researchers who helped discover the flaws, told The New York Times that this will be a "festering problem over hardware life cycles." "It's not going to change tomorrow or the day after," he said. "It's going to take awhile."

Getting blown into a much bigger deal than it is.

I think that is going to depend on your definition of a "big deal". I know this is going to be a big deal in my world of pen testing for some time to come as exploits get released. Being able to jump from ring 3 to ring 0 is the main goal once gaining a foothold on a system. Additionally, Mozilla has stated they have proven that a browser can be used to exploit these so if XSS can be used to pull memory contents, I'm going to have some fun engagements coming up.

EDIT: I forgot to even discuss the potential issues with host and guest systems. Popping a guest OS and being able to access memory on the host, now we're really talking full compromise.
Score: 11 Votes (Like | Disagree)

Intel today also reiterated that the updates that are being released for Mac, PC, and Linux machines should not significantly impact day to day usage and should, for the most part, be unnoticeable.

However, if you are running any kind of significant workload that access the kernel frequently, such as frequent I/O requests used in database applications, then the impact is actually quite severe. People have seen their cloud services go to crap as the providers apply the patches.

I get that most day to day users may not care about this on their desktops, but step back and think about this a minute. You have a potentially 20-30% CPU performance hit on the cloud. That means that in order to achieve the same performance this week as they did last week, cloud computing providers will have to bump their capacity by potentially 20-30%. Along with that comes more power demands which renewable sources may or may not be able to meet...

Some of you are saying "this is getting blown out of proportions." I say the impacts of this are just starting to be felt.
Score: 8 Votes (Like | Disagree)

I pretty sure that so far they have only worked to patch Meltdown. My system is up to date and the Spectre PoC released by Google still works on my MacBook Pro.

Another instance where I really wish Apple would provide us with some clarification and additional information.
Score: 5 Votes (Like | Disagree)

I pretty sure that so far they have only worked to patch Meltdown. My system is up to date and the Spectre PoC released by Google still works on my MacBook Pro.
Score: 2 Votes (Like | Disagree)

Is there something stopping you from updating to High Sierra? It works great.
[doublepost=1515110243][/doublepost]

Does this affect a Mac running Mavericks?

I’m really curious to see some benchmarks of before and after. Gladly with this amount of people with too much free time on websites such as this I can be confident there will be plenty soon.

Benchmarks will be pretty non-informative, as benchmarking software tends to max out the CPU and therefore may over-exaggerate the effects that one would experience. It's been reported that the fixes are "barely noticeable" in day-to-day computing. Only very specific applications may run into a performance reduction, and likely not as noticeable as media wants us to believe.
[doublepost=1515110506][/doublepost]

What about people that don’t want to upgrade to 10.13? My 2013 MBP is still running El Cap. We’re these released in security updates??

Do yourself a favour. Update to 10.13 AND ensure you are using an SSL internally, and your four-year old computer will feel newer than new. Performance will be incredible.

Is there something keeping you on El Cap other than fear?
Score: 2 Votes (Like | Disagree)
Read All Comments